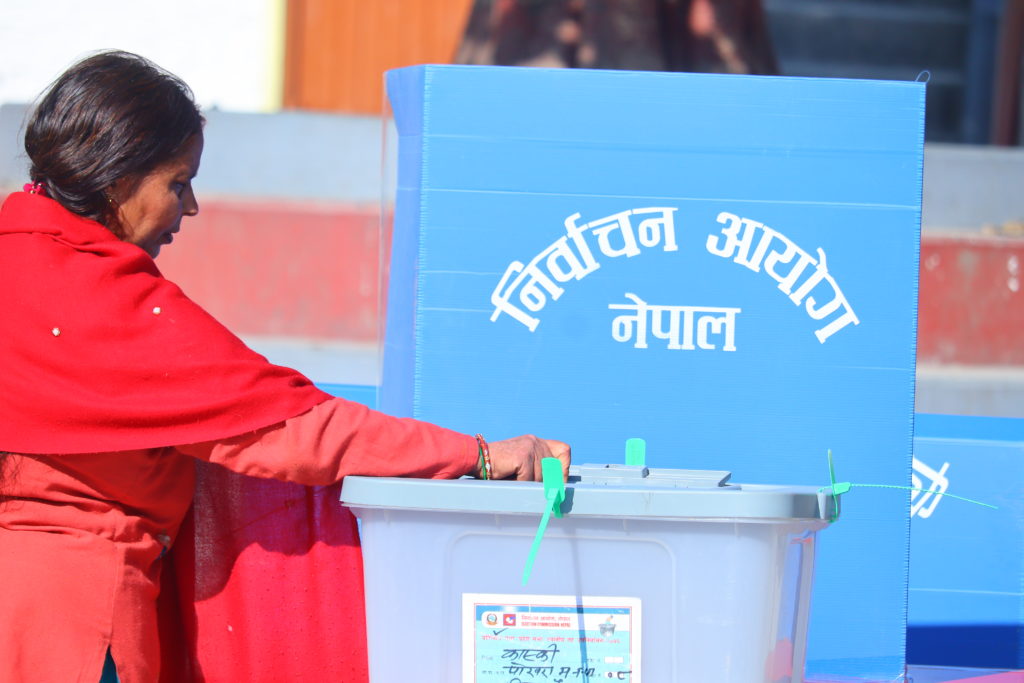 Democracy has seen a global recession for more than a decade. The situation is even worse in Nepal as the current democratic system has failed to empower the marginalized section of society. The irresponsible acts of the corrupt political parties have contributed to the people’s decreasing trust in parliamentary politics. Many younger Nepali voters are not interested in participating in general elections because they believe it to be an unproductive endeavor and to make matters worse, Nepali citizens residing in foreign countries are still not able to cast their ballot. An increasing number of millennials feel representative democracy is already obsolete like older political systems that are no longer in use around the world. The time has come to discard the traditional model of representative democracy and recalibrate the country’s democracy for the 21st Century.

Ancient Athens was the first civilization to have seriously discussed the importance of democracy and the need for educating its free citizens. Even though the Athenians did not allow slaves and women to participate in the Assembly, the city-state should be highly praised for establishing democracy more than 2,500 years ago. The city initially expanded political rights and removed checks on popular decision-making, resulting in what Aristotle termed “radical” democracy where near-complete power was concentrated in the Assembly.

The radically democratic Athens lost the Peloponnesian War after which it undertook a series of institutional changes aimed at restraining/constraining the Assembly. The city established a written law code and legal procedures to enforce the Assembly’s adherence to it to empower a judicial body that had been disempowered during the initial experiment of democracy. In short, Athenians first designed institutions to establish a system of unchecked rule by the Assembly and then redesigned institutions to place checks on the Assembly, producing a system similar to the modern rule of law. Nepal is still awaiting such a transition.

Besides the rule of law, Athenians believed in developing Paideia (moral character) together with education in the sense of knowledge and practical skills. Athens aspired to cultivate a well-rounded intellectually and morally refined personality well versed in rhetoric, grammar, logic, poetry, music, arithmetic, geometry, astronomy, plus training in gymnastics, and wrestling. Athenians understood democracy would only function properly if moral and ethical people ran the stately affairs of Athens.

In Asia, the Indian subcontinent enjoyed prosperity during the Vedic era and then in the Buddhist era because education primarily focused on morality. The history of moral education in the Indian subcontinent can be traced back to the Vedic age from 4000 BC to 1000 BC.  The residential schools were known as Rishikulas, Gurukulas, and Charans, and provided an education that promoted moral awareness and trained children to lead a disciplined and spiritual life. Also, teachers focused on teaching morality, achieving mental growth, leading a disciplined life and spiritual knowledge, and promoting academic freedom. The Buddhist view is that moral behavior flows naturally from mastering ego and desires and cultivating loving-kindness and compassion.

At present, most developing countries are also democratic, but extremely corrupt.

The Athenians used direct democracy to decide on public affairs by taking issues at the meetings of the assembly of citizens. All eligible citizens attending the assembly deliberated and voted up to 50 times a year to choose policies by which they were to be governed. On the contrary, in a representative democracy, the constitution states the set of rules by which citizens choose people to govern them. Athenian citizens assembled more often to decide on policies and political appointments than modern people do in indirect representative democracies. The only time people are allowed to get involved in stately affairs these days is during the elections once or twice in five years. By that standard, the Nepali democracy is less democratic than the Athenian democracy of 500 BC.

Direct democracy describes those rules, institutions, and processes that enable the public to vote directly on proposed constitutional amendments, laws, treaties, and policy decisions. The two most important forms of direct democracy are referendums and initiatives that allow people to vote on important issues. Referendums give the people a direct vote on a specific political, constitutional, or legislative issue that is referred to them by governing institutions. Citizens initiatives give the electorate a direct vote on a specific political constitution or legislative issue that is initiated by the people, typically proposed by a petition with a certain number of signatures.

Blockchain technology is quickly emerging as the true savior of democracy. Blockchain’s primary value lies in its ability to improve old systems. Blockchain’s decentralized strength can solve the issue of voter fraud because its database of transactions is incorruptible, and each record is easily verifiable encryption and decentralization. Also, the network cannot be taken down or influenced by a single party because it does not exist in one place. Thus, blockchain is paving the way for direct democracy as it is about time people decide the course of policy themselves, especially when political parties run like profit-making institutions.

Nepali citizens should be allowed to vote from their smartphones regularly (replacing parliament to some extent) except on certain issues of national security. A few elected officials and bureaucracy will bring forward policies and programs to the public. The public will then decide by voting every month or even every week if and when necessary to nominate the chiefs of the Supreme Court, Nepal Police, Commission for the Investigation of Abuse of Authority as well as other political appointees.

Now, the million-dollar question is: what will real democracy look like for Nepal? Nepali citizens should be allowed to vote from their smartphones regularly (replacing parliament to some extent) except on certain issues of national security. A few elected officials and bureaucracy will bring forward policies and programs to the public. The public will then decide by voting every month or even every week if and when necessary to nominate the chiefs of the Supreme Court, Nepal Police, Commission for the Investigation of Abuse of Authority as well as other political appointees. People can also email or use other mediums to communicate with the bureaucracy to diffuse any confusion regarding the policies. For this dream to be a reality, citizens need to show a deep interest in government affairs, actively learn about policies and engage frequently in voting. There is a danger that direct democracy may become a tool of majoritarian populism (mobocracy), but various mechanisms can be built on top of the blockchain democracy to minimize such risks.

The democracy that we have in Nepal is just an abstract concept detached from heritage, traditions, emotions, and a sense of common belongings. A heritage that underlies our culture, our morality, comes from Gorkha, a place where people of the region went to get justice in the 16th and 17th centuries. Therefore, if we want to steward this country well, we have to understand the lineage of our beliefs. Sadly, Nepali society has become desensitized and hostile to our spiritual heritage.

Whether we like it or not, Blockchain-based direct democracy will be a key part of our collective future where people recognize that both bribe-takers and givers are the worst enemies of the nation.

Each province to have two medical colleges
27 minutes ago