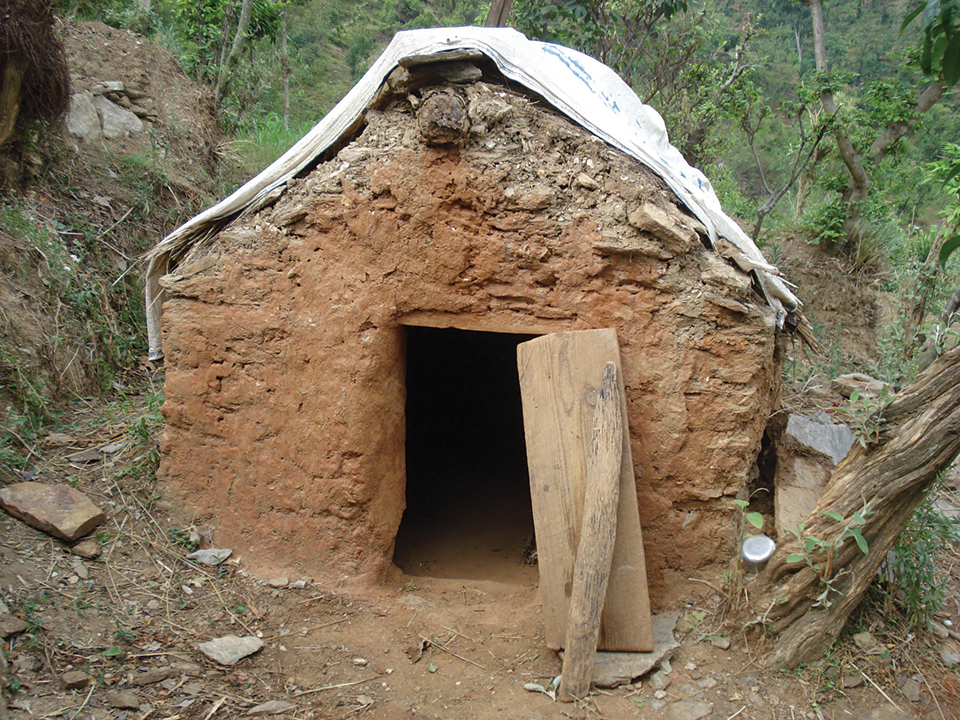 BAJURA, Jan 20: Works have begun to collect data of chhaugoths (menstrual huts) at 69 wards of nine local levels in the district. The data collection is being carried out by police persons.

The practice of Chhaupadi, the example of extreme discrimination against menstruating girls and new mothers who are sent to seclusion (to stay in unsafe huts known as chhaugoths) at least for certain days, remains as a social taboo and the data collection aims to prepare a base for launching any campaign to put an end to such ill tradition, Deputy Superintendent of Police, Uddab Singh Bhat said.

The frequent deaths girls and women triggered by this social evil have made media headline, prodding up those in authority and rights activists to speak against it and take some interventions as well, but the problem remains as it is.

Last week, a mother and her two sons were killed of asphyxia with the Chhaugoth fire in Budhinanda municipality-9. As told by DSP Bhatta, the works to find out the number of huts and their status are underway in coordination with the local level.

The government had banned the Chhuapdi in 2005 and criminalized in 2017, but the deaths in Chhaugoths continue to occur. The District Police Office Bajura, Tante Police Post, the Area Police Kolti and Piluchaur Police Post have intensified the data collection simultaneously.

Besides, police have been conducting public awareness campaign against chhaupadi in villages. Pandhara, part of Tribeni municipality-6 is expected to have the highest number of menstrual huts in the entire far-western district of Province 7.

Owing to the physical seclusion during their periods, menstruating women are reprieved of nutritious food and dairy products and even disallowed to touch cattle.

Chief District Officer Chetraj Baral said the District Administration Office today dispatched a letter to all the nine local governments ordering to dismantle the chhaugoth. They have been requested to seek the help of people’s representatives and police administration in such efforts.