Can China and the US become friends? They can. They should. 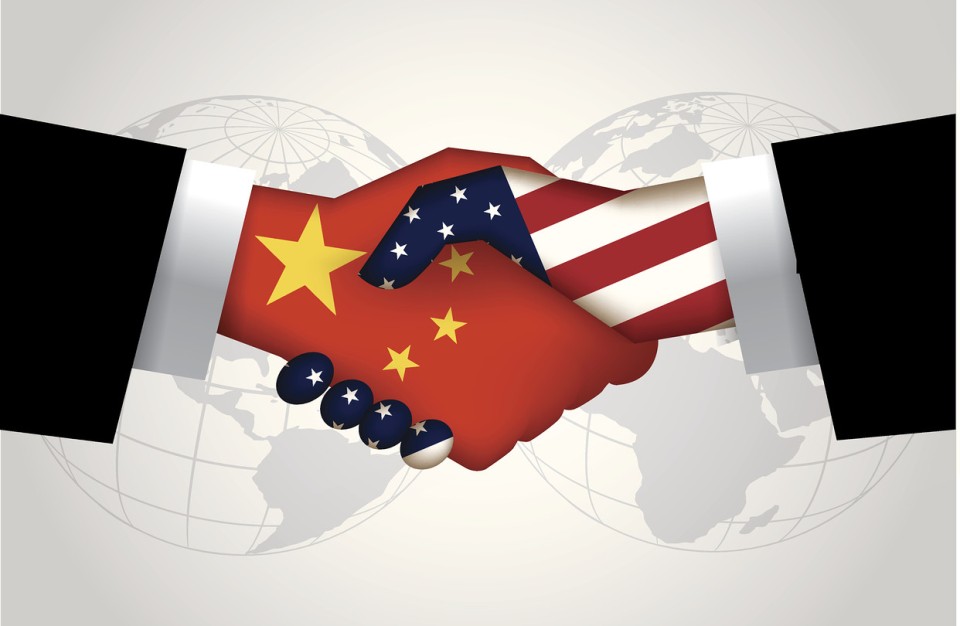 ‘What does it matter to Nepal whether China and the US fight or remain on friendly terms?’ If this is what you think you are missing the plot of the gravest geopolitical story of our times.

‘What does it matter to Nepal whether China and the US fight or remain on friendly terms?’

If this is what you thought as you read the title or stop reading further, you are missing the plot of perhaps the gravest geopolitical story of our times. The ‘Cold War’ between China and the US has already impacted Nepal subtly. Our discourse on China and the US is getting slowly polarized, there have been exaggerations, fear-mongering and deliberate falsification of facts. Narrative that projects one as a friend and the other as a foe is tacitly building up. Nepal is walking a tightrope.

I was in a discussion program on ‘Indo-Pacific Strategy and Nepal’ in September last year, expecting great insights on the subject matter.  The host began with a story of doom.

“Like Nepal, there was another beautiful country in Asia, peaceful, promising, full of natural beauties and development potentials,” he said.  “Then the Americans came and the country was torn apart.  Now thinking of this country sends a sense of fright in our minds.  Nepal should not make the mistake that country made.”

That country was Afghanistan. The host had set the background to convey the message that the Indo-Pacific Strategy is the dangerous game plan of the US to turn Nepal into another Afghanistan in Asia and, therefore, Nepal should never agree to become its part.

If Nepal’s foreign policy circles, including the commoners, had discussed anything with great interest and anxiety in recent times, it has to be the Indo-Pacific Strategy and Millennium Challenge Corporation (MCC) grant of the US and the Belt and Road Initiative (BRI) of China.

The MCC agreement that had to be ratified by the parliament and works already begun by now actually stands in limbo. Political parties, civil society and even the intellectuals are divided over whether Nepal should go ahead with the MCC grant, whether it should be accepted with necessary amendments on controversial provisions or whether it should be completely rejected. While Nepali Congress and most leaders representing former UML in Nepal Communist Party (NCP) are for parliamentary ratification of the MCC deal as it is, those representing former Maoist camps inside NCP and some leaders from former UML are affront to it.  This polarization reflects on television debates, opinion pages, editorials and even news reports.

If Nepal is dithering on MCC, has it made concrete progress on BRI? Three years after Memorandum of Understanding (MoU) on BRI was signed in May, 2017, the major work of finalizing the financing modalities of BRI projects—whether through loan, concession loan, grant or half grant and half loan—remains unsettled. In other words, Nepal has not been able to make any headway in terms of implementing neither the BRI nor the MCC projects.

Why is this happening? You get the answers you would like to believe in: Nepali leaders have no skills to deal with the foreigners. They just cannot voice our real concerns with the Chinese and the Americans. They are not serious about utilizing foreign assistance in the best way possible. Because neither American nor Chinese projects offer commission to them these commission mongers have not taken the projects forward. So on and so forth.

Such interpretations lose the most important thread of the geopolitics: The ongoing spat and the ‘cold war’ between China and the US. This has shaped our psyche and governed our mindsets. Thus there has either been unnecessary bashing of the either world power or silent neutrality, so that you won’t be understood as taking side.

Nepali psychology is more inclined to favoring BRI because of the promises of rail and road connectivity it carries from the northern frontiers up to Kathmandu, down up to Pokhara and further down up to the plains into Lumbini. It is another thing that people have stopped believing it would ever materialize due to failure of the current administration to deliver the most basic services. But extremisms aside, have you heard rational commentators dismissing the MCC outright?

This is because no one wants to rile up China and the US. So they try to strike a balance in words and in deeds by not forwarding the projects to be funded or supported by either country—that is by not moving forward with MCC and BRI.

As I have argued multiple times in my column, as long as China and the US do not bury their hatchets and move forward toward cooperation, countries like Nepal will feel wedged between the two juggernauts.  It will not be able to benefit from cooperation and assistance neither from China nor the US because enhancing cooperation with China could raise eyebrows in Washington DC and enhancing cooperation with the US could ruffle the feathers in Beijing. It thus finds itself caught in a great geopolitical dilemma. Perhaps things would have been different if there was no confrontation between India and China, which has pushed India closer to the US and the US closer to India. India and the US have much in common regarding how to respond to China, which they consider as a threat. Nepal has never considered China as a threat.  There is a difference between how Nepal sees China and how the US and India see it.

Clash of the titans

China and the US must become friends, for their own good, and for ours too.  However, this sounds like a wishful thinking if you consider what is happening between the two in recent years.

The US and China are in the worst standoff, perhaps since the rapprochement of 1972 or perhaps since the Belgrade embassy bombing of 1999.  The relations sharply deteriorated after the rise of Donald Trump in 2016.

Since March, 2018 when Trump announced tariffs on Chinese imports worth 50 billion dollars, there have been many developments which point to seeming impossibility of reconciliation.  Trump administration has launched a war against Huawei and asked other countries not to use its equipment.  China has been called a currency manipulator.  The US has played Hong Kong card against China. They hold each other responsible for the pandemic. China has expelled American journalists from the mainland and the US has closed down the Chinese consulate office in Texas, in response to which China also shut down the US consulate in Chengdu. America has made an ominous warning that the approach of engagement with China has failed.

There seems little or no diplomatic engagement between the two countries at the moment.  We need to be worried when two adversaries stop talking. Henry Kissinger warns that when the two countries are not talking the dangers of war become imminent. In On China, he writes: “When diplomacy no longer functions, relationships become increasingly concentrated on military strategy—first in the form of arms races, then as a maneuvering for strategic advantage even at the risk of confrontation, and, finally in war itself.”

Likewise, Graham T Allison has warned of Thucydides trap—suggesting that China and the US could potentially go on a war.

There is an ideology war between China and the US (as well as with the rest of the West) regarding which type of political system is the best system.  America wants China to run by rulebook of democracy.  China apparently thinks if it embraces democracy the country could fall apart. What America calls as universal system of democracy has worked for many countries for many years. But the one party rule, which the West describes as totalitarian, has not failed China. It is, at least from the Chinese perspective, sustaining its politics, even its rapid rise as a global economic powerhouse, at least since 1949.

So in such circumstances, how can China and America become friends?

They can. They should. They have been.

China and the US were the greatest friends of each other during the World War II. One of the reasons the US went on war was because it was angry with the way the Japanese were unleashing atrocities on the Chinese. Because the Americans stood for China and demanded a full Japanese withdrawal from China, Japan unleashed the Pearl Harbor bombing. Since then, America stood with China in every step.

America raised funds for China during the war through charity organizations such as United China Relief which used to publish posters making emotional appeals to the people about the plight of China during the war and the need for the Americans to help them out (see the pictures below). 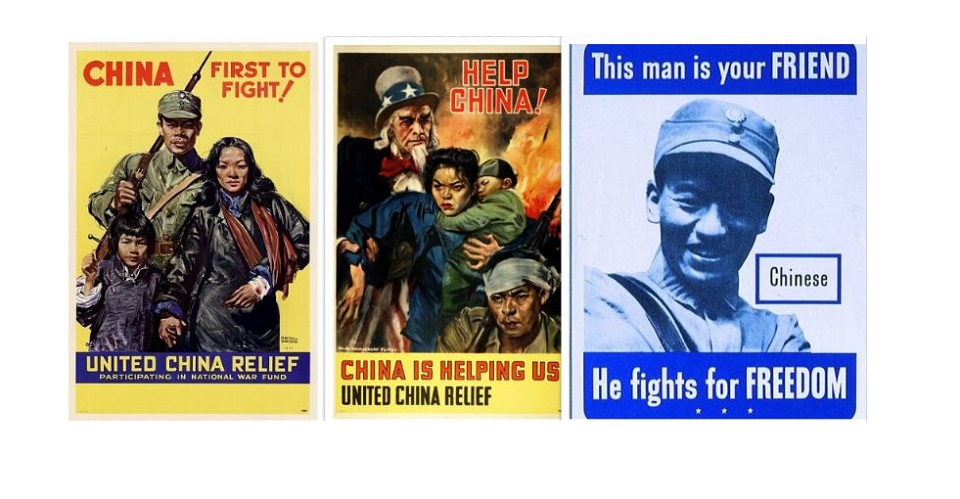 Amid the tension, can America and China take a pause and recall those days?

Henry Kissinger, the China policy architect of the US, has laid out risks of perpetual hostility between the two countries in On China. The cold war between the two countries will halt “progress for a generation on both sides of the Pacific,” he writes. “It would spread disputes into internal politics of every region at a time when global issues such as nuclear proliferation, the environment, energy security, and climate change impose global cooperation.”

Kissinger does not approve of what seems like the making of alliance against China. He does not think it will ever work. These lines are prophetic of what is happening at the moment and the situation the countries in Asia find themselves in: “An explicit American project to organize Asia on the basis of containing China or creating a bloc of democratic states for an ideological crusade is unlikely to succeed—in part because China is an indispensable trading partner for most of its neighbors. By the same token a Chinese attempt to exclude America from Asian economic security affairs will similarly meet serious resistance from almost all other Asian states, which fear the consequences of a region dominated by a single power.”

He further says that one of the reasons behind strategic tension is the “Chinese fear that America is seeking to contain China—paralleled by the American concern that China is seeking to expel the United States from Asia.”

So what should be done? Have China and the US reached the point of no return? Is there no way for forging reconciliation?

Create a Pacific Community, says Kissinger.  His vision of Pacific Community refers to “a region to which the US, China and other states all belong and whose peaceful development all participate.” He says this eases the fears of both China and the US for “it would make the United States and China part of a common enterprise” whittles down “strategic uneasiness to some extent” and “enable other major countries such as Japan, Vietnam, India and Australia to participate in the construction of a system perceived as just rather than polarized between “Chinese” and “American” blocs.”

It is not that China and the US cannot become friends or that they do not know the consequences of continued hostility—and God forbid—the war.

Interdependence is what drives the global economic system today. Economic recovery in China after the pandemic can contribute to sustaining economy elsewhere but at the same time if the countries like the US go for decoupling with China, China’s GDP and productivity will fall, according to a recent prediction.

We need wise men in Washington and Beijing to remind the leaderships of the consequences of hostility, to make them understand each other’s concerns and acknowledge the differences.