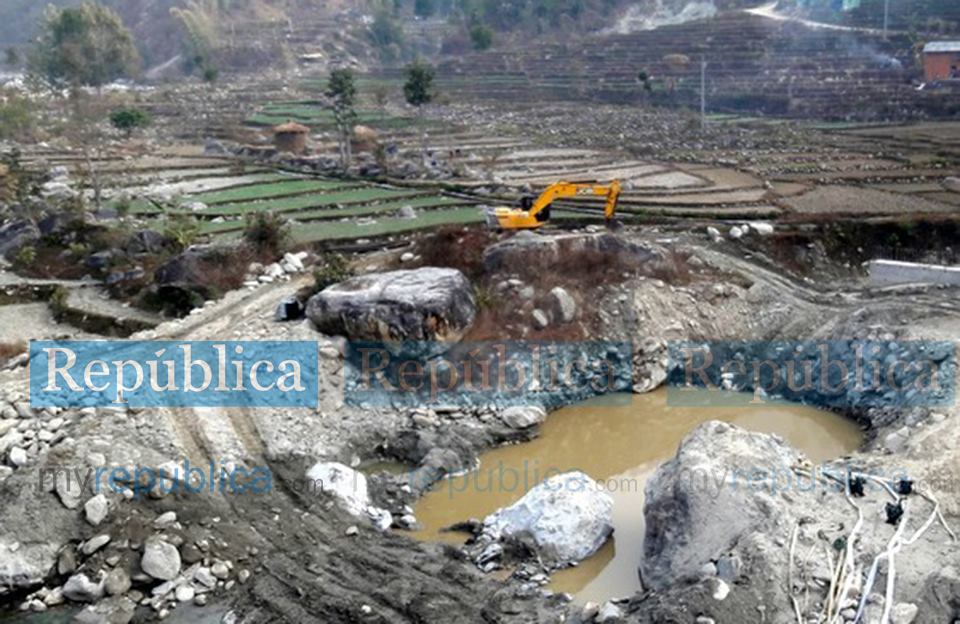 OKHALDHUNGA, Oct 2: Although contractor Rajendra Construction Company won the bid of constructing a bridge over Molung river at Mandre Dovan in Okhaldhunga along Okhaldhunga-Saghutar road section some six years ago, the bridge has not been completed yet.

Initially, the constructor was asked to complete the construction within two years. However, the project has not kicked off yet. During these six years, the deadline has been extended twice. The construction company crossed the second deadline only in last July.

Chief District Officer of Okhaldhunga Ganesh Acharya had earlier held a meeting with representatives of the contractor, federal lawmaker Yagyaraj Sunuwar and concerned stakeholders over the much-delayed bridge construction project. In the meeting, engineer of the company Bidur Kandel vowed to complete the bridge by the current fiscal year. CDO Acharya, however, said that company was asked to come up with a work plan to finish the project in a time-bound manner.

“We’ll review its plan and work-progress before making final decision on whether to extend its term or terminate the contract,” added Acharya. Interestingly, the company is owned by Bhim Bahadur Saud, the mayor of Parashuram municipality of Dadeldhura.

People in western Okhaldhunga have vented their ire against the government due to the inordinate delay in the construction of the bridge project. Due to lack of a bridge over the river, the local residents have been facing difficulties in transportation, especially during monsoon.