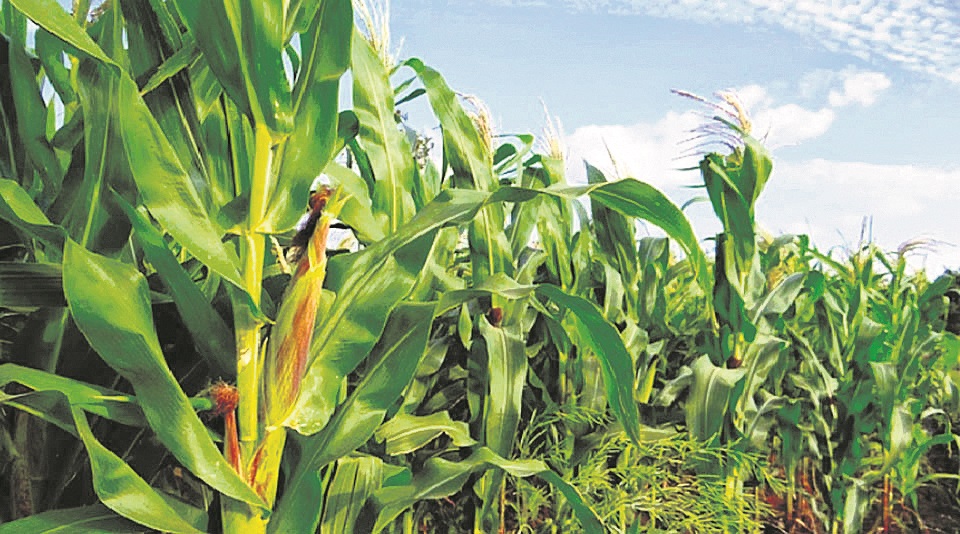 The author is a Doctoral Candidate in Soil Fertility and Nitrogen Management at the University of Nebraska-Lincoln, United States
news@myrepublica.com

In the decentralized governance structure, each local government can have its agricultural policies based on local needs to make agriculture prosperous and rural lives comfortable

When you get popcorn in the movie theater or supermarket, maize cobs beside the road in cities and meal coming from processed maize, you should be thankful to farmers. They are men and women who battle against unpredictable weather and invasive insects and bring food from the field to our fork. Imagine without farmers, where would we be?

Maize status of Nepal
A recently released statistical information on Nepali agriculture by the Ministry of Agriculture and Livestock Development (MoALD) shows that maize is growing in 954000 ha of land (representing 25 percent of the total area of cereals), which was 758000 ha in 1985. In three decades of efforts for maize improvement, productivity has increased by around one percent every year. However, the overall demand for maize is expected to grow by 4-6 percent every year up to the next 20 years. So, it is notable that the major hindrance of the maize crop is an inefficient production system.

Maize is being used for feed, food, fuel and fiber purposes. The demand for maize is increasing with the main driver coming from the growing need for poultry feed. The current trend of maize consumption in Nepal is 20 percent in people’s food and energy and 80 percent in poultry and animal feeds.The domestic production can meet only 30 percent of current demand. According to India Grain and Feed Annual report, India exported 5 million tons feed and maize seeds to Nepal in 2018/19.

You probably will not be surprised to hear that every year Nepali farmers are facing problems of availability of quality seed and fertilizer and market opportunities for produce. Besides, the reason for an inefficient production system is mainly due to inadequate scientific and technological knowledge among the wider sector of maize farming communities.The majority of farmers are still following local varieties not due to their preferences, but more due to unavailability of quality seed and lack of technical knowledge of (hybrid) maize production.

Nepal has developed and released 29 open-pollinated (improved through the selection and traditional plant breeding method) and five hybrid (developed through cross-pollination) maize varieties. To date, nearly all hybrid seeds are imported. The bulk of maize grown areas (80.6 percent) lies in hills and mountains of Nepal but the productivity of those regions is less than the national average. Does not this show that production and distribution of maize hybrid seed by National Maize Research Program or extension mechanism of MoALD is almost failing?

Three wings of GoN for maize development are the MoALD, Nepal Agriculture Research Council and Prime Minister’s Agricultural Modernization Program. However, these institutions lack coordination with each other and have their own set of programs. The government has a long history of top-down decision making and very low participation of local people to influence policy decisions. It has instituted a wide range of policies and targets, where the recently announced target is to double agricultural production within the next five years (2018-2023). Given the records of past 30 years, it can be imagined whether we will be able to meet that target.

Boosting growth
However, there is not only doom and bloom. Many interesting trends are emerging and Nepal has many opportunities lying to be tapped. For example, if we include winter maize under the rice-wheat system, it has potential to reduce the export dependency of maize as a new intervention. It is because of less water demand in winter compared to usual maize growing areas under rain-fed conditions in summer. In the decentralized governance structure, each local government can have its agricultural policies based on local needs to make agriculture prosperous and rural lives comfortable. The GoN is promoting the collective farming model in agriculture through cooperatives and farmers can get advantages of irrigation, agro-inputs, insurance, mechanization and technological services. Few farmers from Chitwan and Kaski districts have already started this model and they are working forward for higher production.

Since there is no alternative to increasing maize production in the future and area expansion and developing new farm technologies can be expensive, productivity gaps across regions and among farmer groups can be narrowed more quickly by using available technologies and extension services. To strengthen knowledge of maize production among farmers, dissemination of scientific research findings, including the best management practices in local languages, will be pivotal. At the same time, farmers should be encouraged to visit on-farm research trials on improved open-pollinated and hybrid varieties. By seeing what people in other areas are doing, they will be interested to adopt similar practices in their own fields if they find it viable.

Research by International Business Machines Corporation and Walmart on moving the process of food block chain from production to consumer level can be tracked in 2.2 seconds, which typically took seven days to trace the source of food in the past. We can also develop similar technologies to track the supply chain of seed, fertilizer and maize products in the Nepali market and beyond. India and many African countries have already tested SMS and interactive voice response systems to deliver agricultural recommendations to smallholder farmers. Apps related to maize crop calendar, weather forecast, diagnosis of insect-pest, disease, nutrient deficiency from a photo (submitted by the farmer) can be developed. In fact, some of these apps are under test and verification phases.

Information and communication technologies (ICTs) based approaches can be harnessed as a cost-effective way to reach farmers and can play a great role in agricultural development and food security in Nepal. Youth have a great role to play in this. Let’s invite them as technological innovators and agri-preneurs in maize production.

The author is a Doctoral Candidate in Soil Fertility and Nitrogen Management at the University of Nebraska-Lincoln, United States

Investments in menstrual health and comprehensive sexuality education will remove taboos and put sustainable solutions in the hands of people... Read More...