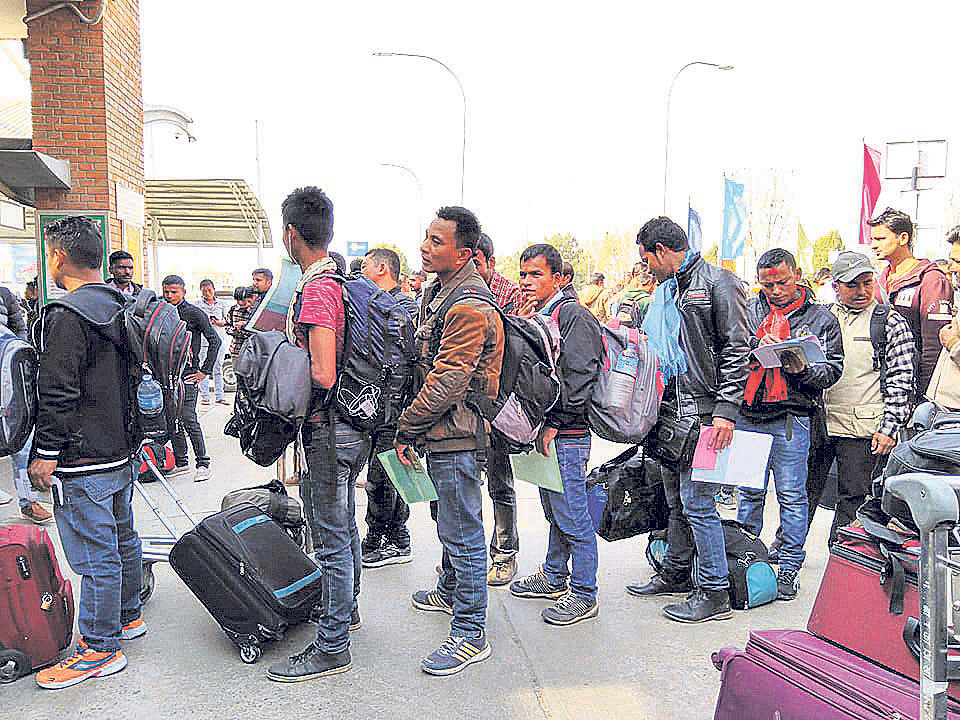 KATHMANDU, Sept 3: The Department of Foreign Employment (DoFE) has made it mandatory for outgoing Nepali workers to have a bank account.

Bhisma Kumar Bhusal, the DoFE director general, said that workers heading to foreign countries for employment will have to furnish their bank details while applying for work permit.

Though the department had earlier announced that bank account would be mandatory for workers to get work permit from Monday, Dhungana said that the new provision will be piloted for some days.

With the enforcement of the new provision, worker applying for work permit will have to include either their bank details or bank details of their next to kin in their application form.

He said that the decision to make bank account mandatory for work permit would be implemented as a trail initially amid complaints that many workers are not aware about the new requirement. “Based on the complaints that the information has not been adequately disseminated, the requirement will be implemented as a promotional way for few days," Dhungana said. "Many workers, who hail from far-flung areas without documents to open bank account, may find it inconvenient now. So, we are implementing it as a trial. However, the provision will be made mandatory in a week.”

The new requirement is aimed at promoting the use of formal banking channel for migrant workers to remit their money to Nepal, according to Bhusal. “Also, the target is to carry out all transactions, including the payment of service charge by workers, through banks. So, this requirement will make it easier for implementing that provision eventually,” he said.

“It will also make it easier for the Foreign Employment Promotion Board to provide compensation or financial relief to next to kin of workers who die or become injured while in the foreign employment,” he added.

Though there is not any study about the use of informal or illegal channels for money transfer from abroad, many Nepalis in foreign employment still prefer illegal channels like Hundi to send money to their families. The rampant use of Hundi not only increases the risk of workers losing money, but also denies the country the foreign currency it gets if it comes through formal banking channel, according to experts. Though the number of workers going abroad has been falling in recent years, the remittance inflow has continued to rise.

16 migrant workers in Saudi Arabia running out of food stock

KATHMANDU, Sept 16: Sixteen Nepali migrant workers are running out of food stock in Saudi Arabia after the company they... Read More...