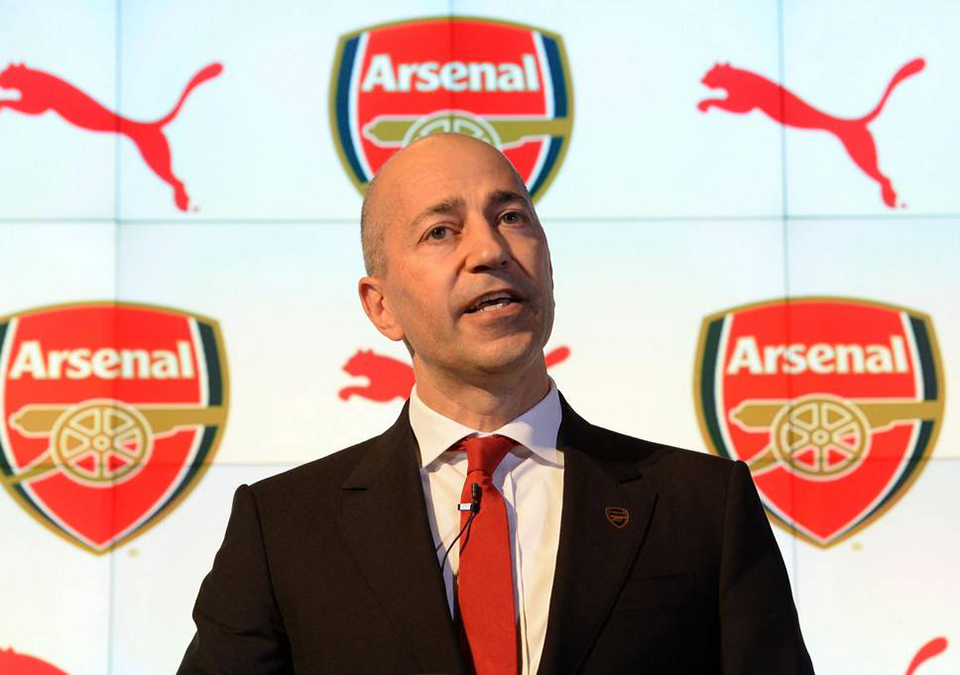 MILAN, Sept 18: Ivan Gazidis will step down as chief executive of English football club Arsenal to move to Italy’s AC Milan after almost a decade at the club, Arsenal Holdings Plc said on Monday.

Vinai Venkatesham, currently chief commercial officer, becomes managing director and will lead the club along with head of football relations Raul Sanllehi, who was appointed as Head of Football, the company said.

Sanllehi joined Arsenal last November from Spanish champions Barcelona, where he had a number of roles including director of football.

The club has also just begun its first season in 22 years without former manager Arsene Wenger at the helm.

Several English newspapers had reported in recent days that Gazidis was in advanced negotiations to move to Milan. He will leave the London club with effect from Oct. 31.

Arsenal currently sits seventh in the English Premier League after a pair of early defeats under new manager Unai Emery, who joined in the summer from French champions Paris St Germain.

Govt’s capital expenditure stood only 13.44 percent in the first half of current FY, less than last year’s 14.4 percent
8 hours ago