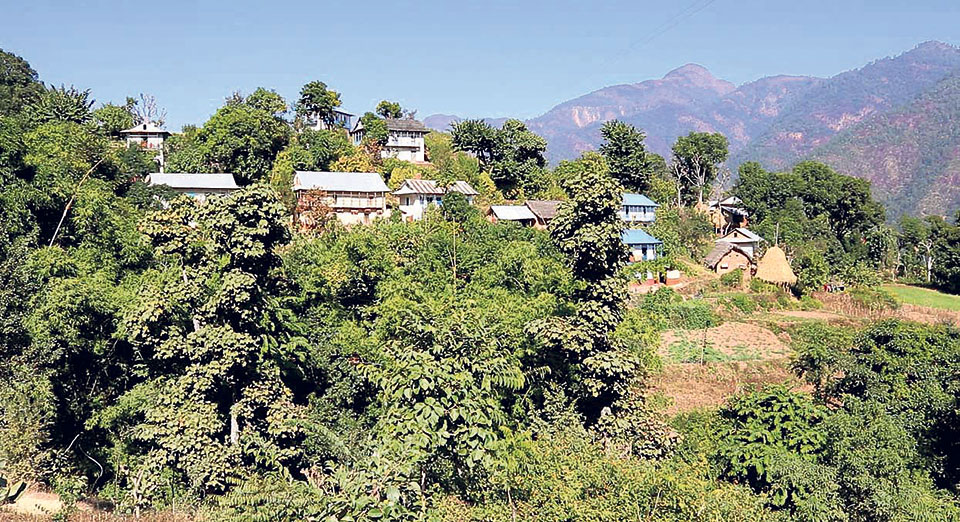 ROLPA, Jan 11: A report has concluded that the budget provided to different co-operatives through the Ministry of Land Management, Agriculture and Co-operative of Province 5 has been misused.

According to the provincial assembly, Province 5, Agriculture and Forests Environment Committee's monitoring report 2076, there have been irregularities in Rolpa district. The parliamentary monitoring team had made an onsite monitoring in different projects of the district for a week from October 19.

According to the report, there has been a huge financial irregularity in smart agriculture program at Sunil Smriti Rural Municipality 1, Ghodagaun. The monitoring team mentioned in the report that progress in the project work worth Rs 5 million has not been significant.

The monitoring team found that ginger and turmeric could not grow because of sub-standard seeds and selection of inappropriate place for farming. The parliamentary team in the report stated that the production has been affected because of lack of real farming and presence of political interference.

Similarly, Dubring Women Small Farmers' Agriculture Cooperative at Runtigadhi Rural Municipality received grant amounting Rs 2.1 million from Market Cooperative Establishment and Operation Program for the procurement of pickup vehicle and construction of makeshift houses. The company was found to have been using the vehicle for commercial purpose and had used the grant for coloring the existing buildings. A Japanese vehicle, Isuzu bought for Dubring Women Small Farmers' Agriculture Cooperative was found to be operated by an individual.

Almost all cooperatives operated in Rolpa are in a sorry state. The report states that the work in regard to Shreejanshil Farmers' Women Cooperative situated at the headquarters of the district Libang was not satisfactory. Though the company said that the amount of Rs 2.4 million was used for constructing a building used for maize and grinding machine storage, the monitoring team in the report stated that they were not taken to the site. The monitoring team has concluded that the amount allocated for the project has been misused.

Millions in the name of agriculture grant has been allocated in the district this year. The public have been complaining that the grants are not accessible to the actual farmers and are distributed to the cadres on the basis of political recommendations. “Millions of rupees have been allocated but it is a challenge to get it to the entitled actual farmers,” an official at the Agriculture Office said. “The budget in the past was misused. The fate might be the same this year.”

RUPANDEHI, Oct 4: In a bid to tighten security in Province 5, Ministry for Internal Affairs and Law has started discussions... Read More...