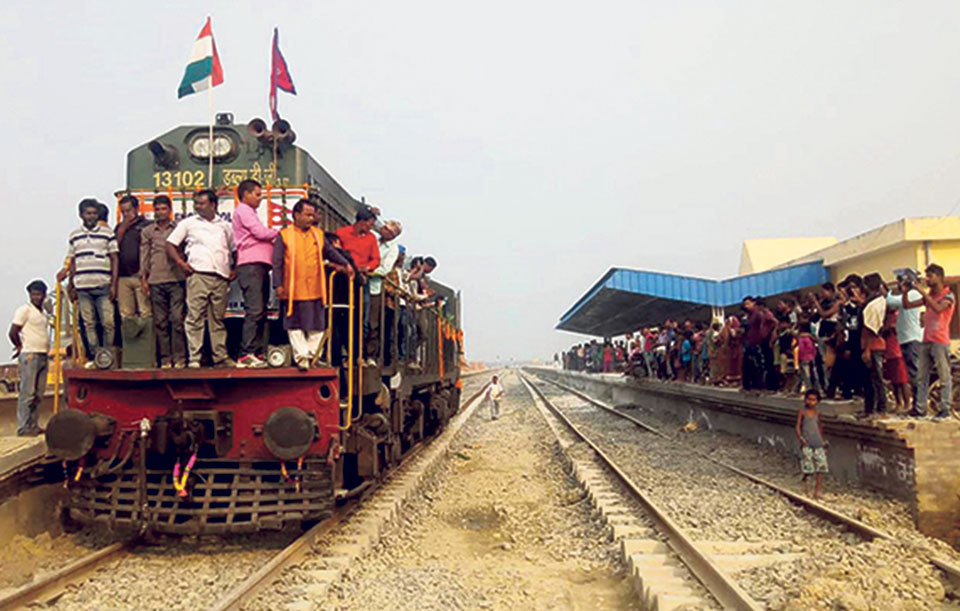 BIRATNAGAR, Nov 5: Locals in Budhangar, a town near the Nepal – India border, were excited since early morning on Sunday. The much-awaited Bathnaha - Katahari railway service was expected to kick off on the day. Though a train engine was to reach the town on a test drive, locals were overjoyed when they reached the Budhanagar railway station, some of them were carrying flowers and garlands in hand.

The engine was scheduled to arrive at the Budhanagar railway station at 11 am. However, after the engine did not arrive even after hours later, they had turned anxious. Their wait ended only at 2 pm.

No sooner the engine came into their sight, people cheered and welcomed it. From Bathnaha to Budhanagar, it is eight kilometers. The distance was supposed to be covered in a few minutes. However, as it was ‘the first testing of the engine’ it took longer, according to the concerned officials. After taking several breaks on the way, the engine reached Budhanagar in an hour.

Locals, who had reached Bathana of India beforehand to watch the engine move towards Nepal, walked along the engine. Since the engine was travelling very slowly, they walked along with the engine. When the engine reached the Nepal India border, the driver blew the horn for a long time and everyone around applauded the ‘new service’.

People were also busy taking photo of the engine which, by the time, it entered Bathanaha, Biratnagar, ‘was looking like a bride’. People called it bride as it was decorated with garlands. It carried banners that highlighted the Nepal India friendship.

The engine was driven by Nagendra Kumar. He was accompanied by Indian officials including Aswini Kumar, chief of the project.  Speaking on the occasion, Nagendra Kumar said that the rail service will reach Katahari, the route’s last destination, within one and half year if the issue of land acquisition is solved immediately.

“If the government of Nepal avails land immediately, the train will reach Katahari in one and half year,” he said. “Railway tracks are being constructed as per international standard,” he added.

He said that no problems were seen in the railway tracks claiming that the track was on par with the international standards. Even though there was no risk or any hassle, the engine was moved slowly because it was the first time, he said.

“As it was test drove, we had to move slowly and wait on the way. We did that on purpose to make sure everything is alright,” he said.

Some families whose land was being acquired by the government the railway project had filed a case in the court stating that the government had been acquiring their land by paying unfair prices.

The cross-border railway line stretches 18.1 kilometers from Bathana of India to Katahari of Nepal. Of the total stretch 13.1 kilometers falls in Nepal.

Chief of the project, Aswini Kumar stated that the tested eight kilometers will be inaugurated on 12 December. He further informed that the railway services will be available for goods as well as passengers. 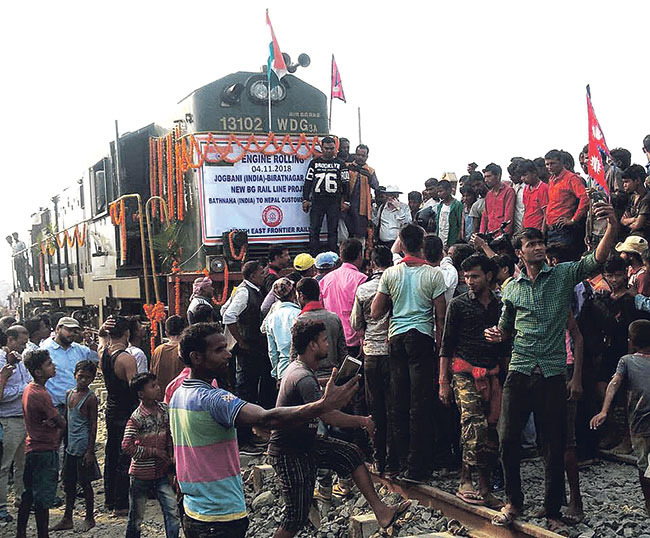 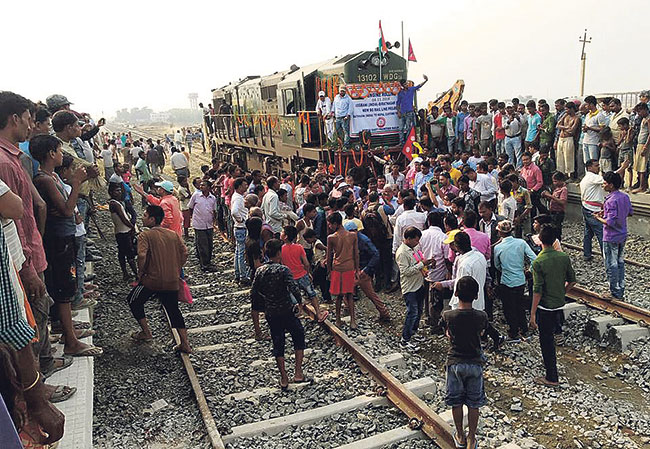 With the entering into force of the LoE, all authorized cargo train operators which includes public and private container train... Read More...