'Left alliance leaders say they will build a communist state' 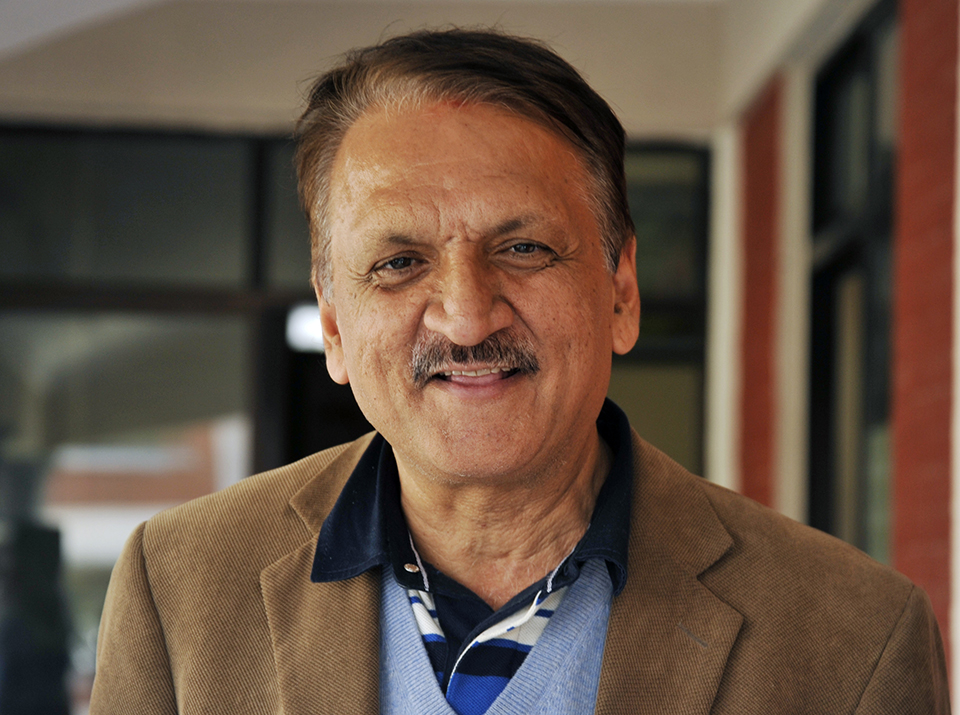 Nepali Congress believes the new left alliance between CPN-UML and CPN (Maoist Center) is a prelude to ‘totalitarian rule.’ Is there some solid basis to this allegation or is Congress cooking up yet another hate story against their electoral opponents? Nepali Congress Central Working Committee member and ex-foreign minister Prakash Sharan Mahat, who is also contesting election from Kathmandu constituency number 5, shared his views with Mahabir Paudyal and Kosh Raj Koirala on Wednesday afternoon.

Your election manifesto describes UML ‘as a force against national unity and prosperity’ and Maoist Center as ‘opportunistic’. Why these allegations?

You have to read our manifesto between the lines. We have made our ideological position clear there. We honor all types of voices, we believe in pluralism, and competitive politics and supremacy of law. We believe law is above everyone and everything and that it should guide the state. The people to make such law are representatives elected by the people themselves. We believe that laws thus framed should be in line with people’s aspirations. This is our belief.  We have been maintaining that the kind of government system the communists are advocating and the kind dakshinpanthi (extreme rightist) forces are pushing cannot do justice to people’s aspirations. This is at the core of our manifesto.
Our belief is time-tested. The CPN-UML that once waged an armed insurgency had to eventually come to the democratic process. So did the Maoist party. Nepali Congress led the process in the latter case. They agreed to enter competitive politics. Precisely because they distanced themselves from old communist ideology Nepali people trusted them and voted for them. But now they seem to be on a reverse gear.

But why should you have problem with an alliance of like-minded communist forces?

I am not saying this just because Maoist Center and CPN-UML are in an electoral alliance. Such an alliance is natural in a democracy. But they have gone far beyond. They have announced that they will leave no stone unturned to secure two-third majority in coming elections and then form a unified communist entity. They have declared that with two-third majority they will amend the fundamental characteristic of this constitution to establish directly elected presidential system. They have said that they will do this as the first step. Mind it, the kind of presidential system they are talking about is not like that of France or the United States. They are envisioning a system whereby a political party becomes supreme and the supreme leader of that party becomes the president. They have also vowed to establish communist rule within 15 years of completing this first step. Pushpa Kamal Dahal has said it on record. Is this not clear proof of how the left alliance is backtracking from democratic norms and values?  Does not this make their intent of establishing a totalitarian rule clear?

But top leaders of the left alliance all swear to stick to democratic values.

I should also admit that we have not been able to publicize the achievements under Congress leadership.  Communist parties magnify even smallest gains. We fail to publicize even the greatest of our achievements.

What are some of those achievements you talk about?

Facts speak for themselves. Before the 1990s, growth rate was only 2 percent. Under our leadership, we increased it to 6 percent. This was the result of our belief in open economy with social justice. This policy led to proliferation of schools and health posts in every village and town. Hundreds of hospitals were built. We got over two dozens of medical colleges. Going abroad for work and study was next to impossible for the common man before 1990s.  I myself was not permitted to go to the US to study under Fulbright scholarship because of my involvement in anti-Panchayat movement. Panchayat regime would persecute persons like me.  Look what happened after 1990. Now going abroad for study or work has become common. One can obtain passport within three days. One can go to any country to study and work. This is the fruit of the policies we introduced in the 1990s. This is the result of our commitment to liberal economy, liberty and freedom.

But why are you so sure the left alliance will lead to totalitarianism?

When they have made their road map to establish communist rule within 15 years public, what other credible proof do you need? They have said it in no uncertain terms that the two parties will contest the elections under an alliance and will merge into single communist party later. This is not our accusation. They have been saying it. They can’t have said it only to appeal to their electoral constituencies. If they believe people will vote for them to establish communism, they are daydreaming. Nepali people will never support such a move. Yet this is what they have been saying they will do. UML has the strategy of maintaining extensive networks and control in government bodies including security agencies and judiciary, so as to limit state services to their cliques and supporters. All this makes us believe the left alliance is on the path of a totalitarian system. I am not speculating.  Their statements justify it.

Congress was to enter into an electoral alliance with Rastriya Janata Party Nepal and Federal Socialist Forum. What happened?

Our electoral alliance is completely different from left alliance. Their goal is to ultimately become a single communist party. Our objective was to form alliance with like-minded democratic forces. We explored ways for democratic forces to counter communist alliance. Some parties with which we tried to build electoral alliance demanded more seats than would be natural. This is why the alliance did not materialize. Yet we have conceded constituencies to other parties in our alliance wherever possible.

You accuse left alliance of trying to bring communist rule. But isn’t Congress itself guilty of pandering to extreme right by accommodating former Panchas?

Alliance with RPP and RPP (Democratic) is the result of electoral calculations. Besides, they are not talking about returning to monarchy and reestablishing the old order. Instead they have stood against left alliance’s bid to establish communist rule. This created a common ground for us to work together. Our orientation and policy emphasis are different. But in terms of competitive politics and democratic norms and values we are on the same page. This is the basis of our alliance with them. Besides, we are not in an alliance with RPP and RPP (D) in every constituency. We have alliance in only those places where such an alliance has a chance of success. Like I said, our alliance is fundamentally different from the left alliance.

RPP has fielded Kumar Lingden from the constituency of senior leader Krishna Sitaula.  How will it affect your alliance with RPP?

We are yet to seriously discuss this matter in the party. Fielding Lingden from Sitaula’s constituency is unnatural. It is not right for a coalition partner in government to contest against a leader of the ruling party. We have ceded constituencies to RPP in many places where Congress is strong. I hope RPP will reconsider this decision.

Your party was in the government with both UML and Maoist Center. Did you foresee the left alliance?

Even when we worked with them we sensed something was wrong. They were determined to use all means to consolidate power, be it through election process or otherwise. They demonstrated the tendency to control state resources by recruiting their loyalists in bureaucracy and other state organs. They protected their cadres and supporters at any cost. In other words, they demonstrated tilt towards what is called ‘crony capitalism’ in economics. These are the tendencies common in parties which believe in supremacy of one party or one leader.

Since they professed to believe in competitive politics, we had thought they would slowly renounce all such tendencies. With the declaration of left alliance they proved us wrong. They should understand that there is no option to competitive democratic politics that respects freedom, liberty and democracy. Any attempt to subvert democratic norms and universal human rights and free press will fail. The world is guided by these values. Nepal cannot become North Korea. Any attempt in this direction will fail. People will not accept it.

There are various speculations in popular press about election outcomes. How do you see them?

The press have made it appear like the left alliance will be dominant in most places and Congress will be weak. This is based on their assessment of votes cast for communist parties in local polls. But this arithmetic won’t work in provincial and federal elections.  Local dynamics determine vote pattern in local elections. In national elections, many other factors are at play as people have many options to choose from. Besides their commitment to install communist rule has alarmed even UML cadres. Those who trusted UML for its democratic credentials will think twice now.

Many UML cadres feel uncomfortable about the left alliance. They may turn to Congress at the last minute. This process has already started. Only on Tuesday two former parliamentarians from UML and one from Maoist Center joined Congress and they are contesting elections from our party as well. This process will gain momentum. Calculation made based on local election votes will fail. We will do much better, both in the hills and in Madhes.

KATHMANDU, Oct 5: The newly-formed alliance of left political parties has decided not to engage in any game of government change... Read More...