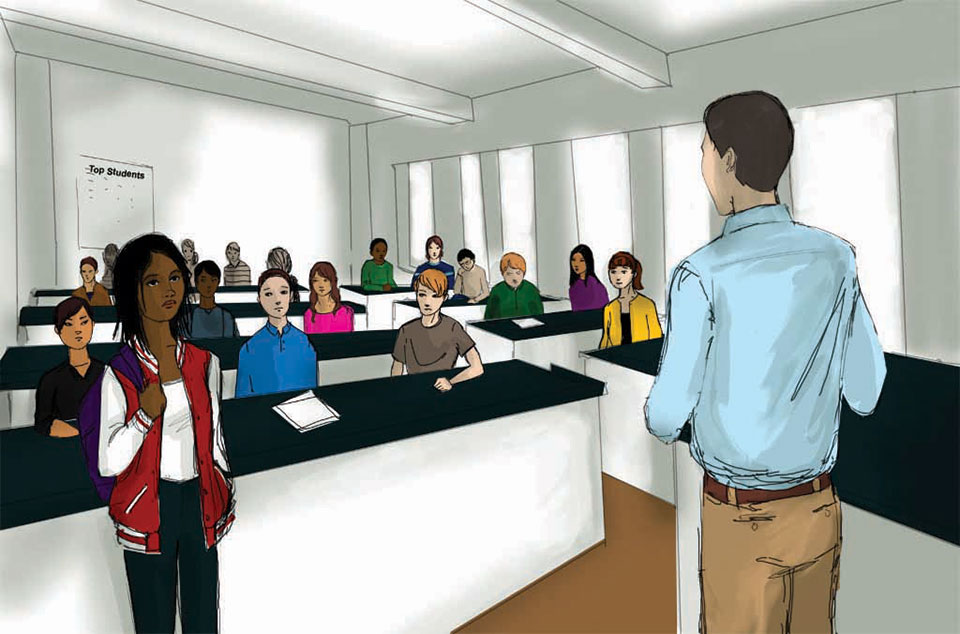 Education Minister Gopal Man Shrestha and his henchmen are responsible for what experts call‘coordinated murder’ of our public education system. History will not forgive them easily.

When I wrote in this space in April 2015 that education as a means to ensure equal opportunities and economic wellbeing for all had come to an end, my focus was private education system—which only the well-to-do can afford with ease, which the middle class struggles to acquire for their children and which keeps its door firmly shut to the vast majority of the poor. Two years later, I have little doubt that our public education is on the verge of collapse and political actors are together pushing it to the precipice.

The general goal of education “to enhance social unity,” to contribute to national development “by creating able human resources,” and to help “disadvantaged citizens to enter the mainstream of national life” has failed so far as our public education sector is concerned.

The passage of ninth amendment on Education Act last month is but its one indication.
As many of us have stopped sending our children to public schools the mess there does not much bother us. But politicization, poor infrastructure, misuse of funds, and poor results have been hallmarks of our public schools for years. The more things change, the more they remain the same in public education.

Minister of Education Gopal Man Shrestha and those who stood by him in what education experts have called a ‘coordinated murder’ of our public education system, will not be forgiven. On September 19, the parliament of Nepal approved ninth amendment of Education Act, as proposed by Shrestha, which will allow temporary teachers (around 26,000) to become permanent without having to prove their competence. Now more than half a million public school goers will be taught by teachers who have time and again failed to pass Teacher’s Service Commission exams.

And the parliamentarians (no thanks to Gagan Thapa, Rabindra Adhikari and Janak Raj Joshi, for they could have foiled the amendment if they wanted) cheered as the faulty act was endorsed.

With the shortage of teachers with expertise in subjects they teach, or with incompetent teachers during their formative years, students will have faulty learning. They will then be forced to unlearn what they mislearned and relearn those very things when they reach higher grades.

I can tell this to you from my own experience. I taught students of public schools in Sindhupalchok from 2005 to 2008. The education process was a mess. Yet students ‘passed’ because examination centers were set in a way that allowed students to do ‘fair’ amount of cheating.  I dealt with students who could not answer basic questions, who mispronounced and misspelled words, made mistakes with general facts (because they had been taught that way), who lacked minimum language skills and who saw no hope in education they were getting.

‘Why do you invest precious time and money?’, I would ask. They said they needed a ‘degree’ anyway. That they would have something to show when someone asked kati padheka chhau (what is your education degree)?

They were students of Bachelors of Education (BEd), a degree that would entitle one to teach in high school. But the poor souls had faulty comprehension (in almost all the subjects apart from mine), some would not be able to distinguish letter ‘b’ from‘d’ (they look deceptively similar, they would say). They did not have dyslexia.

This happened because most of them came from schools which had no subject teachers. They would be upgraded anyway because there was government incentive for schools with higher pass percentage.

It’s dismaying to recall that none of those students have become teachers and professionals.  Nearly all of them are either in Gulf or Middle East for menial jobs.  Three years of investment of time and money (during which they were supposed to acquire teaching skills, and learn educational philosophies, pedagogy, curriculum and educational psychology) went to waste.

I met one of them, Keshab Khatri, in Kathmandu two years back. He had become a helper (khalasi) of a microbus. After completing his BEd degree, he tried to get a job but in vain for there was “no chance of getting through TSC exam for poor students like me.” So he took out a loan of Rs 150,000 and went to Malaysia to work in construction sites. When he found the job too taxing, he returned to Kathmandu to become a khalasi. Keshab has left the country again. This time for Dubai.

Keshab Khatri is one example of our public education system going awry. Today, you will come across graduates of public schools and universities working in buses and micro buses as khalasi. You will rarely find them in international agencies, top corporate business houses, banks, financial institutions or foreign service.

Most students of private schools and colleges, on the other hand, possess brilliant communication skills, good deal of exposure with information and communication technology and great confidence to do something worthwhile with their lives. Yes, they aim to leave the country but not to sustain their livelihood, but to acquire foreign degrees to be able to compete internationally.

This is possible not only because their parents are rich but also because they are educated by teachers who are accountable, competent (competent enough by Nepali standards), hardworking, and unaffiliated to political parties.

Until two decades ago, public education system offered some hope. Sons and daughters of teachers, local landlords and political leaders would share the classroom with the sons and daughters of the poor, the peasants, the workers and the laborers. Some of them dreamed of becoming doctors, engineers and professionals. Going to a public school today has become status symbol of poverty and inferiority. So as soon as they pass high school, most graduates of Nepal’s public schools start making preparation for Malaysia and the Gulf.

Today, the students of public schools do not believe their degrees will help them in their careers. Their teachers do not believe in the education they impart (so they enroll their own children in private schools). And the parliamentarians entrusted to devise policies for public education ‘reform’ care little about improving quality. (Someone gives me the name of an MP with a son or a daughter in a public school).

“Do you know why 98 percent children in Singapore and 99 percent in Norway attend public schools? Because this helps build a cohesive society,” educationalist Kedar Bhakta Mathema told me. “Here our ministers and leaders are bent on making education a tool to entrench inequality,” he almost raged.

I cannot recall a single education minister in the past 25 years who took tangible steps to enhance education quality of our public schools.

Faculty of education seems reserved for those who are not able to make career in other fields. Since ‘letter grading’ system was introduced two years ago in high school exam (SEE), most of the enrollees in the Education stream have GPA score of under 2. Nearly all of them come from public schools.

President Bidya Devi Bhandari, who owes all her education to public education system, could resend the Education Act amendment I discussed earlier back to the parliament but she most likely won’t.

Those who supported the amendment and those who care little about improving public education are sending dangerous message to the vast majority of the poor who send their children to public schools: Since you are poor, you deserve substandard education, and when you graduate, you are worth only to be exported as cheap labor. You do not deserve quality education.

This attitude also reflects in political resistance against reforms in medical education, for which Dr Govinda KC has been fighting for years.

They want our public schools to remain as an industry that produces graduates who, deprived of skills to compete with their private school counterparts, will be forced to leave the country for meager salaries. It is criminal to think of our public education in this vein.

From education minister to education secretary to educationists to teachers, no one wants to enroll their children in public schools... Read More...