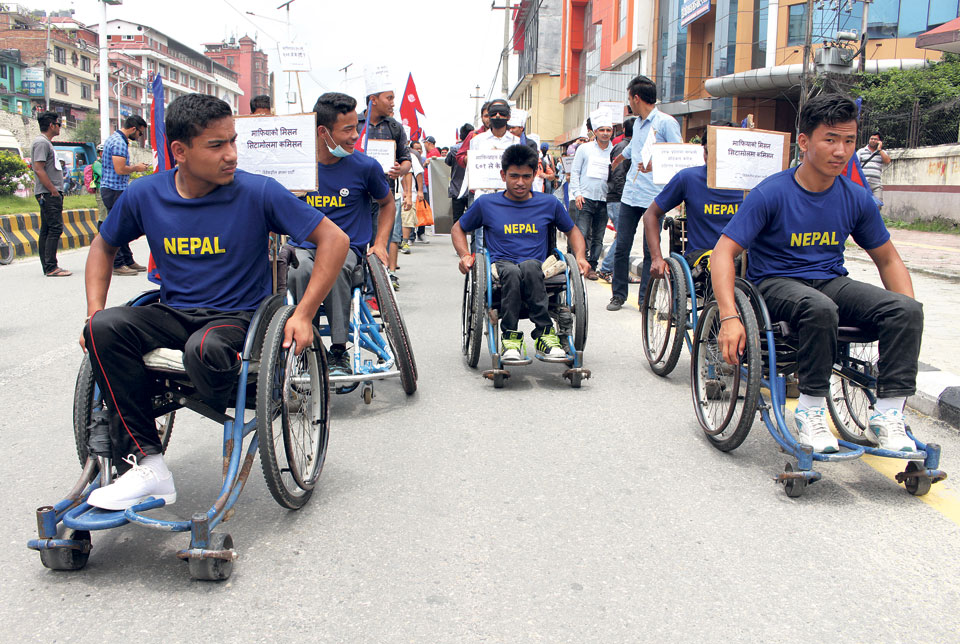 KATMANDU, July 29: Hundreds of individuals from various quarters including political parties, their sister organizations, and civil society organizations staged a protest rally in support of senior orthopedic surgeon Dr. Govinda KC in the capital on Saturday.

The protestors started a march from Maitighar Mandala that passed through Babar Mahal and Bijuli Bazaar before converging into a rally at New Baneshwar.

Carrying placards, the demonstrators shouted slogans such as 'Endorse Medical Education Bill at Once', 'Fulfill Demands of Dr. Govinda KC Immediately', 'What Are 601 Lawmakers Doing While the Mafia is Picketing the Country?' during the rally.

Dr. KC, who is a professor at the Institute of Medicine (IOM), has been staging his 11th fast-unto-death for the last six days demanding endorsement of the Medical Education Bill currently under discussion in Parliament.

Following Dr. KC's first fast-unto-death in 2069 BS, the government had formed a high-level committee led by the then Vice Chancellor of Tribhuvan University Kedar Bhakta Mathema.
A medical education bill was registered in parliament to address KC's demands based on the Mathema report.

CHITWAN, Nov 28:  Doctors from Bharatpur staged a protest on Monday demanding with the government to fulfill the demands put... Read More...

KATHMANDU, Oct 1: The Solidarity for Dr Govinda KC Alliance is all set to organize a peace march on Saturday. Read More...