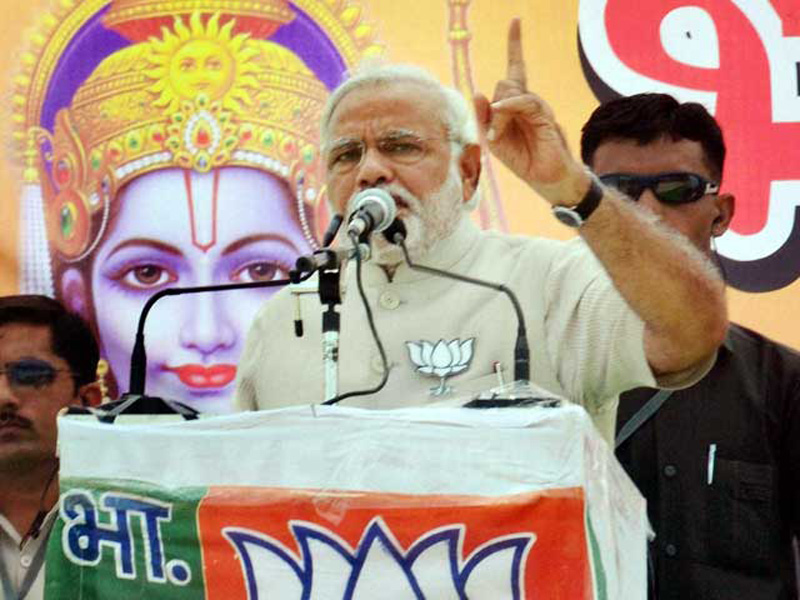 There has been no effort to implement the 2014 three-year agreement on twin city ties between Janakpur and Ayodhya
In the wake of Indian Prime Minister Narendra Modi’s second visit, Nepal and India had on November 25, 2014 signed a three-year agreement for the development of Janakpur and Ayodhya as ‘twin cities’. As it is well known, Janakpur in Nepal is the birthplace of Goddess Sita while Ayodhya is the birthplace of Lord Ram in Uttar Pradesh of India.

These two spiritual centers, Janakpur and Ayodhya, are as holy for the Hindus as Lumbini is for the Buddhists, Jerusalem is for the Christians, and Mecca and Medina are for the Muslims.

Indian Prime Minister Modi’s initiative for the development of twin cities is all the more significant in light of the paucity of recent efforts to make the concept a success. What we should not forget is that the proposition reflects the voice of over a billion Hindus around the world.

The scope of benefits of the twin cities idea for the local cultures and economies is huge.

If more people start visiting these cities, it would help with their development as important religious and spiritual centers. This will also encourage the growth of religious tourism.

Over and above that, it will help boost agriculture, industries and trade and services, particularly in traditional Mithila and Awadh regions of Nepal and India respectively. Such activities are likely to generate employment opportunities on a massive scale and help lift people’s living standards.

Going by the agreement on twin cites ties, what we should be doing for the development of Janakpur and Ayodhya is clear enough. The agreement spells out clear activities for respective governments in Nepal and India. Detailed roles and responsibilities of Janakpur and Ayodhya municipalities have been laid out with regard to committee formation, seeking local people’s participation and mobilizing funds from domestic and foreign sources.

Importantly, the agreement has envisaged a mechanism for the development of Janakpur and Ayodhya in such important areas as infrastructure, environment, shelter, education, culture, sports, water treatment, solid management, public health, science and technology, urban and regional planning, and tourism and heritage management. The agreement has also provisioned for exchange of delegations, promotion of interaction at the institutional level and for the two sides to benefit from each other’s experiences. Also, there is a scope for the appointment of nodal officers for the execution of projects in respective municipalities.

Both Janakpur and Ayodhya municipalities have been made responsible for establishing twin cities cell, form a technical committee, mobilize community participation and coordinate with concerned wings to execute project related activities. Ayodhya municipality, in particular, was expected to organize workshops, maintain proper documentation and report to concerned wings of government of India and to the related websites.

With a view to supporting the municipalities of Janakpur and Ayodhya, the governments of Nepal and India have been asked to hold regular meetings to develop ‘Joint Action Plan’ and mobilize ‘financial resources’ for the execution of the twin cities project. As if such activities were not enough, the two governments are expected to undertake a joint initiative to develop modalities for collaboration with other international cities.

However, there has been no significant effort to implement the three-year agreement on twin city relationship between Janakpur and Ayodhya, even as we come close to end of the deadline. If the agreement is not renewed on time, it will lead to a fiasco.

Those responsible for the execution of projects in Janakpur and Ayodhya could be directly held responsible for its failure. Available information shows there has been no specific study on the activities to be launched in the two cities towards this goal. It is not known if there was any meeting at the political, government or bureaucratic level for the execution of the related projects. Lack of awareness among the common people in Nepal and India is one reason why there was no significant pressure on concerned authorities to execute these vital projects.

It is sad that the Janakpur-Ayodhya twin cities concept has failed to get off the ground, even though over 80 percent of the population in both Nepal and India are Hindus.

In certain quarters, it is believed that Kathmandu has never been positive on the development of Janakpur, due to which Janakpur-Ayodhya twin cities idea could not materialize. There could be a grain of truth in this. But what is hard to understand is that even Ayodhya has not been developed as per the expectations of the people, even when the central government in India is run by the pro-Hindu Bharatiya Janata Party and that the same party has now been elected in Uttar Pradesh.

Moreover, certain elements in Nepal don’t want the revival of Hinduism in the country, even as the populations of Hindus and Buddhists are declining while the populations of all other faiths with their roots outside the region are thriving. Such elements even blocked Indian Prime Minister Modi’s visit to Janakpur when he came to Nepal in November 2014, fearing that this could bring about a renaissance of Hinduism in Nepal.

In fact, the implementation of twin cities relationship between Janakpur and Ayodhya is not the responsibility of any particular individual. All those who want to benefit from the ideals of Goddess Sita and Lord Ram must support this initiative. But since the governments of Nepal and India have already signed an agreement in this regard and have a detailed model for its execution, concerned authorities in the two countries must now onward be made accountable for its execution within the fixed timeframe. In light of its religious and spiritual significance, any support for the project, from any quarter, would be an act of Dharma (virtue).

KATHMANDU, April 30: The provincial governments have not been able to formulate necessary laws to carry out their regular parliamentary... Read More...

INARWA, Oct 4:Naya Shakti Party coordinator Dr Baburam Bhattarai has insisted on the need for amending the constitution without any... Read More...