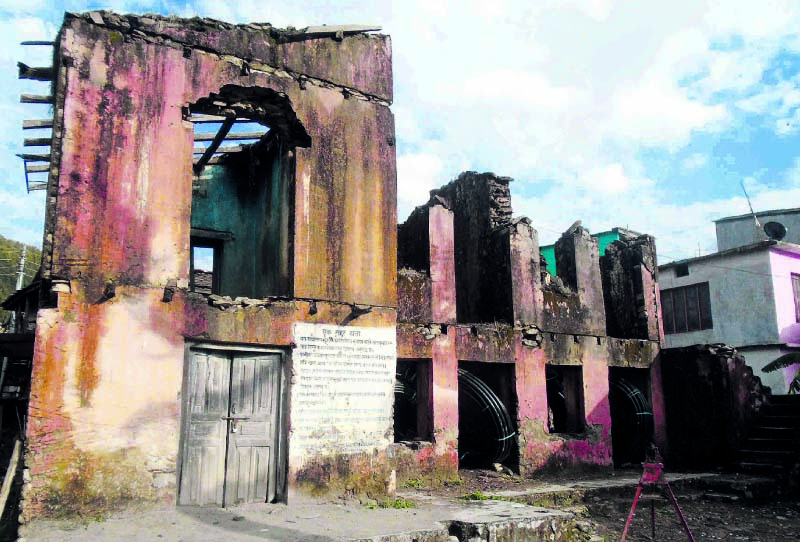 ACHHAM, May 25: Government office buildings destroyed during the Maoist insurgency are yet to be reconstructed here. The then Maoist rebels had destroyed around two dozen government office buildings in the district headquarters Mangalsen and Sanphebagar during the conflict period. One of these offices, buildings of the Department of Water Supply and Sewerage (DWSS) sub- division office in Sanphebagar and the Agricultural Inputs Company Limited's (AICL) office, are yet to be reconstructed.

In absence of AICL office, service seekers are compelled to buy seeds, pesticides, chemical fertilizers and other agricultural products in high prices from private vendors. “There was a time when we used to get all the agricultural products at reasonable prices from the agriculture office but now we are compelled to pay heavy amount to private vendors for the same products,” lamented Sarada Bhul, a local farmer of Sanphebagar-4.

Some farmers, she said, have to travel to other districts for buying agricultural tools and resources. “Delayed reconstruction of government offices is a great injustice to the farmers of Achham,” she added. Such shortage of agricultural supplies comes at a time when locals say that the district has been making headway in increasing agricultural productivity. These shortages, they claim has been hurting investors' and farmers' efforts to boost agricultural productivity.  Apart from these, construction of Mangalsen Durbar and District Agriculture Development Office, is also still in limbo.

Shankar Bista, Chief District Officer, said construction of various office buildings remain suspended due to an ongoing investigation of the Commission for Investigation and Abuse of Authority (CIAA). The investigations, he said, were started by the anti-graft body suspecting irregularities in the construction process.