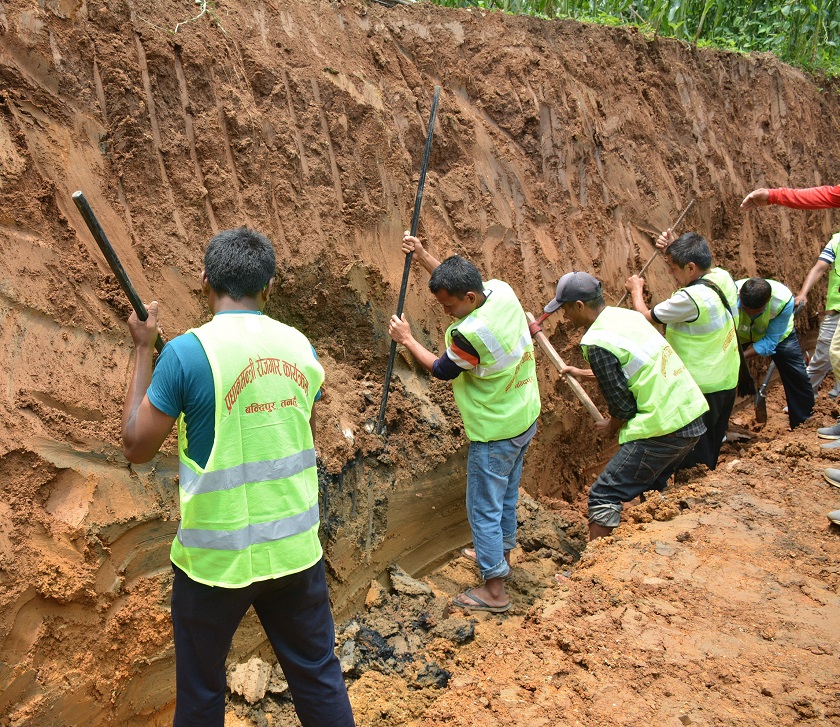 TANAHU, July 22: Many youths who got their names registered in the Prime Minister Employment Program (PMEP) showing an interest in an employment opportunity have refused to work saying that the types of jobs they are required to do under the PMEP are incompatible with their academic qualification, skill and experience.

As many as 42 youths applied for employment under the PMEP in Ghiring Rural Municipality-4. Rural municipal executive decided to give them an opportunity to work in two projects-Nayatar Irrigation Project and Shringkali Road Maintenance and Rehabilitation Project.

However, they refused to work in the two projects though they were frequently urged by the rural municipal executive to join them.

After they refused to work, the two projects could not be launched. The fund received under the PPEP was sent back to the federal government.

According to Nisedh Paudel, Chief of Employment Department, Rs 6,50,000 allocated by the federal government for the PMEP could not be spent due to the reluctance on the part of youths who had initially shown an interest in the PMEP.

“Only three of the eight projects selected by the rural municipal executive are being launched. Youths showed no interest in other projects,” added Paudel.

According to him, they are unwilling to work in those projects because they are looking for jobs of permanent nature. The other reason why they are apathetic towards them is that the nature of work they are required to do does not match their qualification , expertise and experience.

The PMEP is the program announced by the Prime Minister KP Sharma Oli with a view to employing the unemployed youths for 100 days in a year.

30 absconding convicts arrested in one day in Tanahu