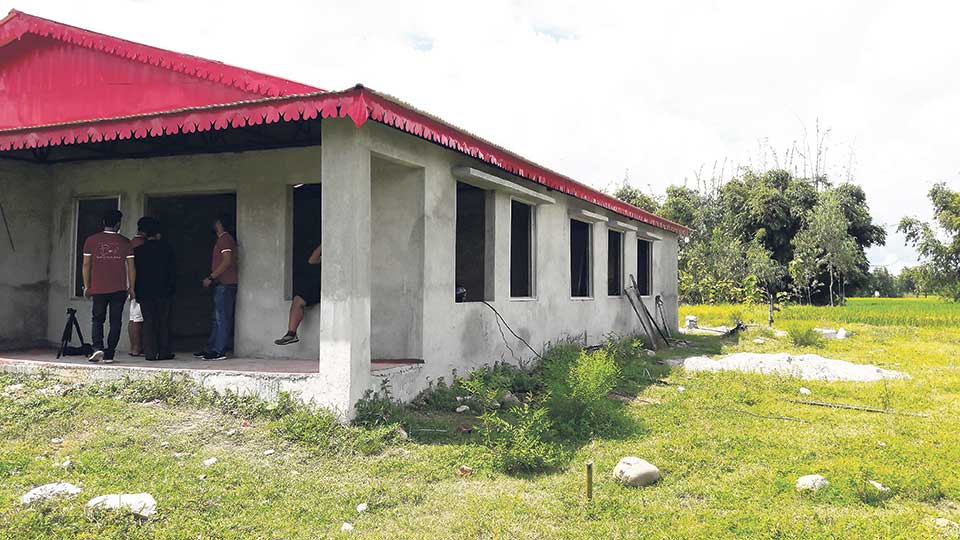 DAMAK, Oct 11: Youths of Jhapa have taken initiative to build a children's shelter in Damak to safeguard the rights of disabled and orphaned children. Nine youths contributed funds to build 'Hamro Baal Ashram' in Damak-2.

The youths have already spent Rs 3.5 million for the shelter. According to their estimate, an additional Rs 500,000 is needed for completion of the shelter.

Chairman of the shelter, Prakash Thapa, said that they decided to build the shelter for social service. Local landlord Bhojendra Kumar Shrestha donated land for the shelter. The structure which is disabled-friendly has separate bathrooms for males and females along with an assembly room. The building can accommodate 25 children.

Founding members of the shelter initially contributed Rs 100,000 each. The committee comprises of youths younger than 35 years who are involved in teaching or business. According to Sajan Shrestha, secretary at the shelter, many didn't initially believe that youths were behind establishing the shelter.

Tulsiram Timilsina, a member of the organization, said, “The shelter will be facilitating children who have been abandoned by their families along with disabled children who haven't received education.” He said that the objective behind the shelter's establishment was to build a brighter for children.

The youths also placed donation boxes at various programs to collect funds for the shelter. The money collected was solely used for constructing the building. Even those involved in foreign employment contributed to the project.

The committee has stated that the shelter will come into operation within a few months.