Five stab one to death during Holi 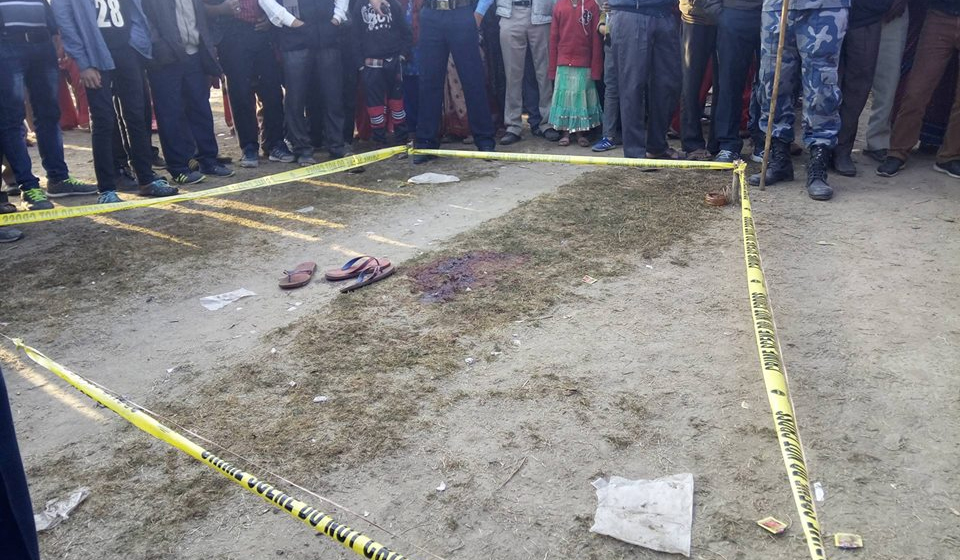 KAILALI, March 2: A 21 year Karan Thapa was stabbed to death while celebrating Holi festival at 12:30 AM at Tikapur today.

Witnesses said that all those involved in the killing fled the scene after Thapa, a resident of Tikapur municipality-2 died on the spot.

Thapa, a migrant worker had returned from India couple of months back. Last week, he had left his job as a cook in a local hotel.

On a separate incident, two others also met suspicious death last night in Janaki and Joshipur rural municipalities. Those deceased were identified as Dalpa Bahadur Magar, 45 and Janga Bahadur Dagaura, 80.

Magar’s body was recovered from the jungle of Mohanyal Rural Municipality and Dagaura’s from Patharia River. Their relatives found them dead in the morning.

The police is investigating all the cases and bodies of all the three deceased has been sent for post-mortem at Tikapur Hospital.

1,500 police to be deployed in Valley during Holi

KATHMANDU, Feb 26: The Metropolitan Police Range (MPR), Kathmandu has said that it is deploying 1,500 police personnel across the... Read More...

Police take 1294 motorbikes into control in Kathmandu during Holi

KATHMANDU, March 12: Nepal Police has taken 1294 motorbikes into its control in Kathmandu valley as youths drove into the... Read More...