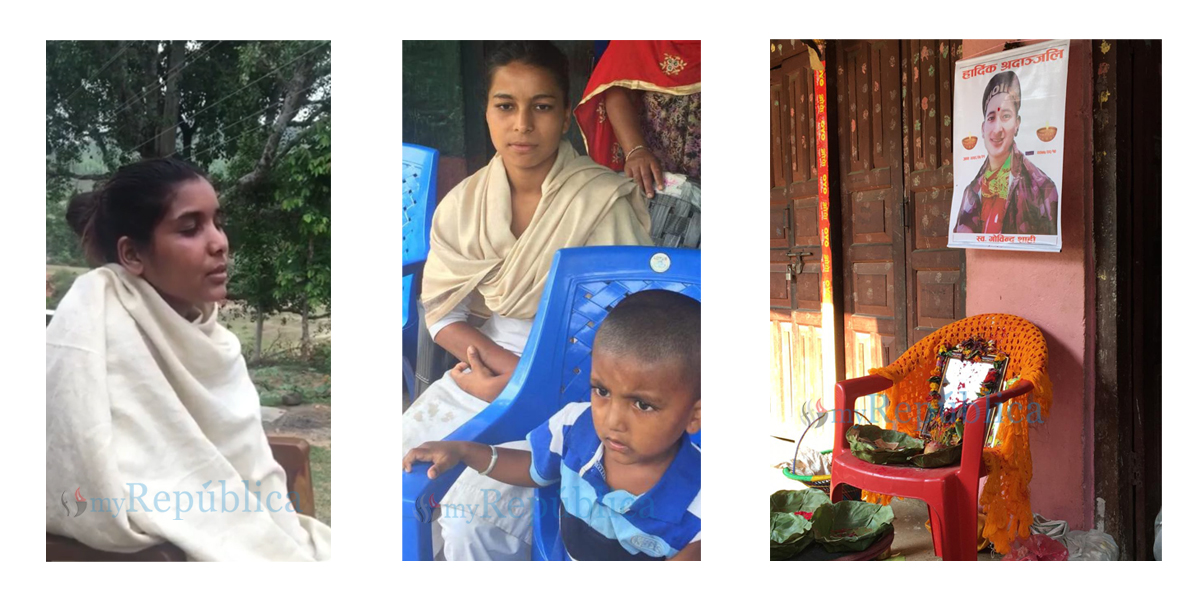 KATHMANDU/ JAJARKOT, June 24: Wrapped in a dull white shawl and faded blue petticoat, Sunita Sunar, 19, looked rather emotionless when surrounded by a bunch of media persons and human rights activists at her home in Jajarkot in the afternoon of June 9. Unaware of the gloomy air around, her daughter Eliza tried to draw the attention of her mother every now and then. Eliza, 2, has been told that her father is going to come back soon. Tikaram Sunar won’t be back to meet his family again; he is one among six to lose life in the barbaric Rukum incident.

"We have lost our hope and future. I am worried about my girl," said Sunita, in a faint voice.

The family is poor. Tikaram was planning to open a mobile repairing shop, for which he had received training a few months ago. His parents crushed stones at riverbanks to make a living. They had pinned hopes on him for a better future. But everything has changed for the worse now. According to Sunita, visitors have given some money voluntarily, but it is certainly not going to last long. Without a job at hand, she is unsure how her child's future will be secure. Tikaram and her were at secondary level when they got married, and their education almost came to a halt. In the west, child marriage is rampant. 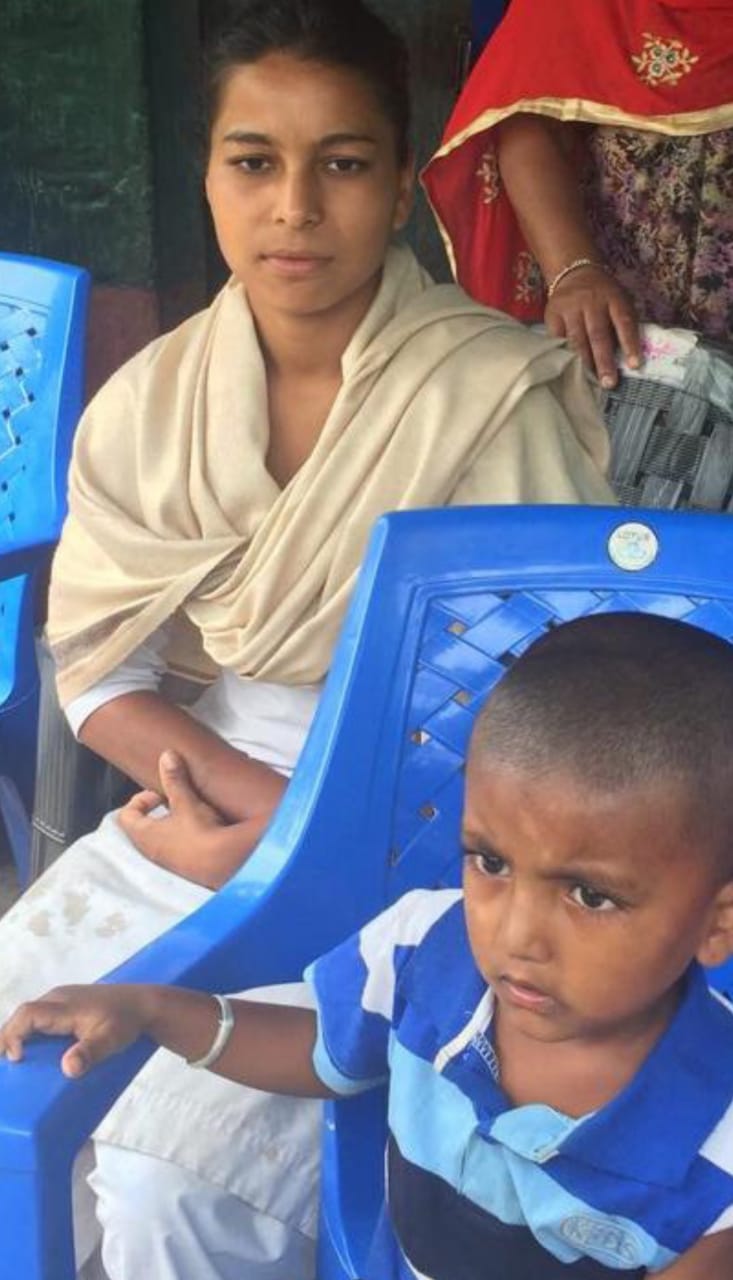 Widow of another deceased, Sabina BK, 20, wishes to have a job of any kind. She was the apple of his eye, Sandeep (Sanju) BK, 21. "He used to work at construction sites to make money. He used to have bruises all over his hands. I wanted to work along with him to share his pains. But he never let me do that," she sobbed over the phone.

Sandeep was passionate about joining the army and was preparing hard for the same. He would always tell his wife to not make her heart small as things were going to change once his dream to become an army materialized. He also had big dreams for his boy, who does not know of his father's murder.

"My boy thinks that his father has gone to the headquarters. He is expecting many toys when he comes back," Sabina reported.

Sabina was 15 when she married Sanju. It was an arranged marriage. With the passing away of Sanju, Sabina is determined to play the role of both mother and father to their child. Anything less than that would not do justice for the love he gave him, she said.

"My husband wanted to ensure a comfortable life for me, but destiny had other plans. I am not highly educated, but wish to get a job to give a dignified life to my baby," said Sabina in a firm voice.

The beauty of Jajarkot has now lost significance for those two young women. The sense of belongingness to their own village has faded after their husbands left them so early. They have been forced to contemplate over caste and class factors that can easily ruin things in the society. Their happy families are in shambles, 'simply because a boy loved a girl from a higher caste'. Sunita and Sabina stated that their men were murdered by the people in Rukum, 'who wanted to teach a lesson to the low caste people'. While they wait for justice, they have urged the government to provide them with jobs as well. It has been a month since the tragic incident and financial pressure is already mounting in their families.

The economic conditions of the other four to die in the incident that took place in Soti village of Chaurjahari Municipality – 8 of Rukum district are not any different. According to Sumita BK, elder sister of Nabaraj BK, his loss has taken away both the happiness and possible prosperity of the family. "Neither joy, nor prosperity, we cannot expect anything from our family. We lost the light of our lives," she said, adding that his true love gave him death. 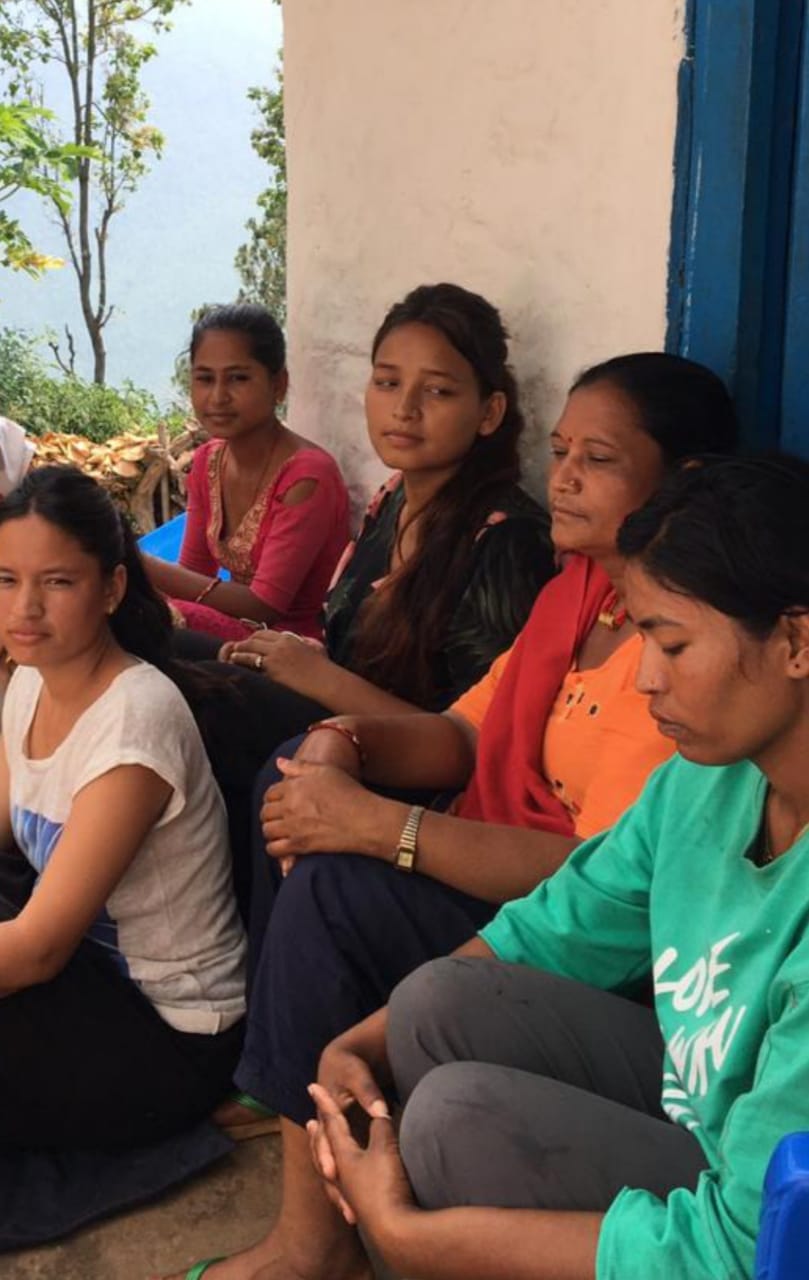 Mother and sisters of Nabaraj BK

It was for the love of Nabaraj BK, other boys of Jajarkot, altogether 19 had agreed to go to Rukum on May 23. The boys, all in their teens wanted to help him take away his sweetheart who belonged to a different caste than theirs. What they planned never happened, instead, they were chased by villagers mercilessly. While others survived this barbaric attack, dead bodies of six were found in Seti River between May 23-30. While the investigations are underway, neither the victims are sure of justice nor have they been given compensation.

According to the families of Ganesh Budamagar, Gobinda Shahi and Lokendra Sunar, their son will not come back, but they will try to console themselves if the government shows due sensitivity and helps them overcome the struggles that lie ahead. With meager incomes to manage life, they have been further hit by the unexpected loss.  "We want due punishment to the murderers. We also want the government to help; all the families have lost their biggest hope, support," said Yamuna Shahi, Gobinda Shahi's aunt. "My nephew had a passport to fly to the Gulf for a job. Now he's no more. The family is going to suffer from his loss forever." 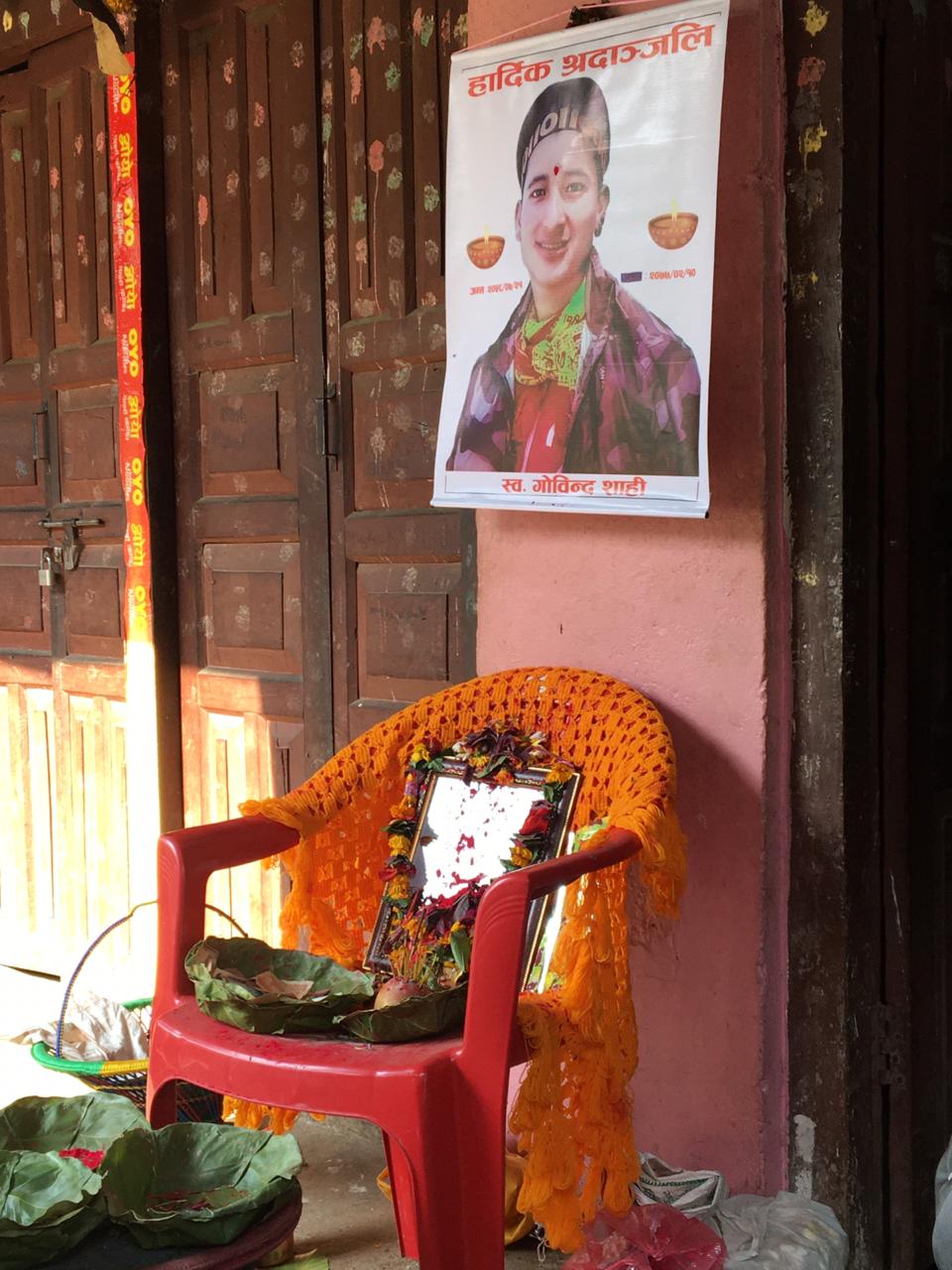