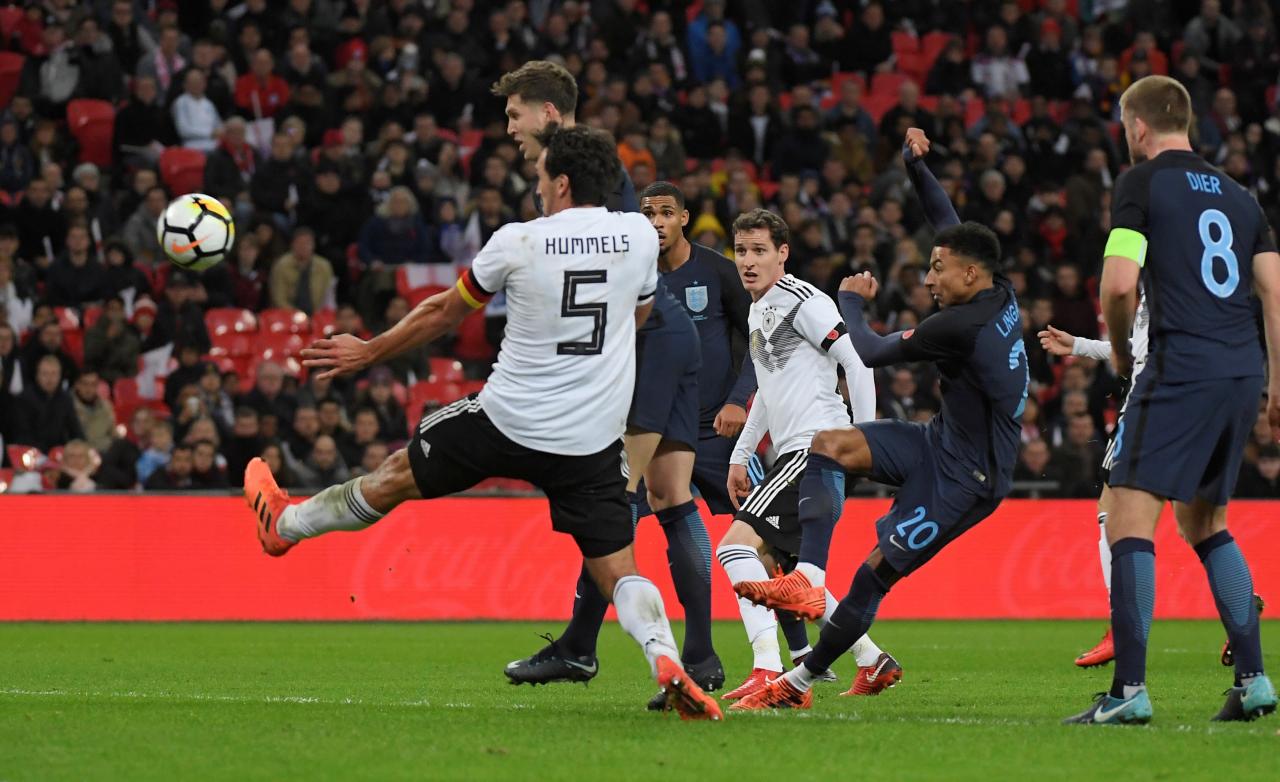 LONDON, Nov 11:England held world champions Germany to a 0-0 draw after giving debuts to five players as their inexperienced team came through a first-half lesson to hold their own in a lively Wembley friendly on Friday.

With a host of established players missing, England’s callow defence was routinely sliced open in the first period and they needed debutant goalkeeper Jordan Pickford to keep the Germans at bay.

But England also had some bright moments, with midfielder Ruben Loftus-Cheek making an assured debut and having great chances at the start and end of the match.

England manager Gareth Southgate, shorn of more than half his likely first-choice side, was pleased with much that he saw, despite the result leaving England still searching for their first home win over their old rivals since 1975.

“In the first half we needed a couple of really good saves from Jordan Pickford - we caused our own problems with a couple of those. But we posed our own questions and I thought we used the ball well,” Southgate told ITV.

“Ruben Loftus-Cheek did everything I know he can do. It took him 10 minutes to realise he is OK at this level. He is capable of anything. He has the physical attributes and can handle the ball. He will gain huge confidence from it. There will be harder tests as the likes of Germany will have another gear to go to.”

Germany were also in somewhat experimental mode and their coach Joachim Loew will have been delighted in particular with an impressive display by Leroy Sane as his team stretched their unbeaten run to 20 games since losing to France in the Euro 2016 semi-finals.

England’s young starting team boasted 101 caps between them and one of the debutants, Tammy Abraham, was a centimetre away from scoring with his first touch in international football after 90 seconds.

Germany too were without some heavyweight players and gave a debut to defender Marcel Halstenberg and had goalkeeper Marc-Andre Ter Stegen making his second appearance.

LILLE, June 26: Germany coach Joachim Loew is confident his side will be "better than England" when it plays Slovakia... Read More...

Prithvi Highway resumes after 11 hours of disruption
42 minutes ago