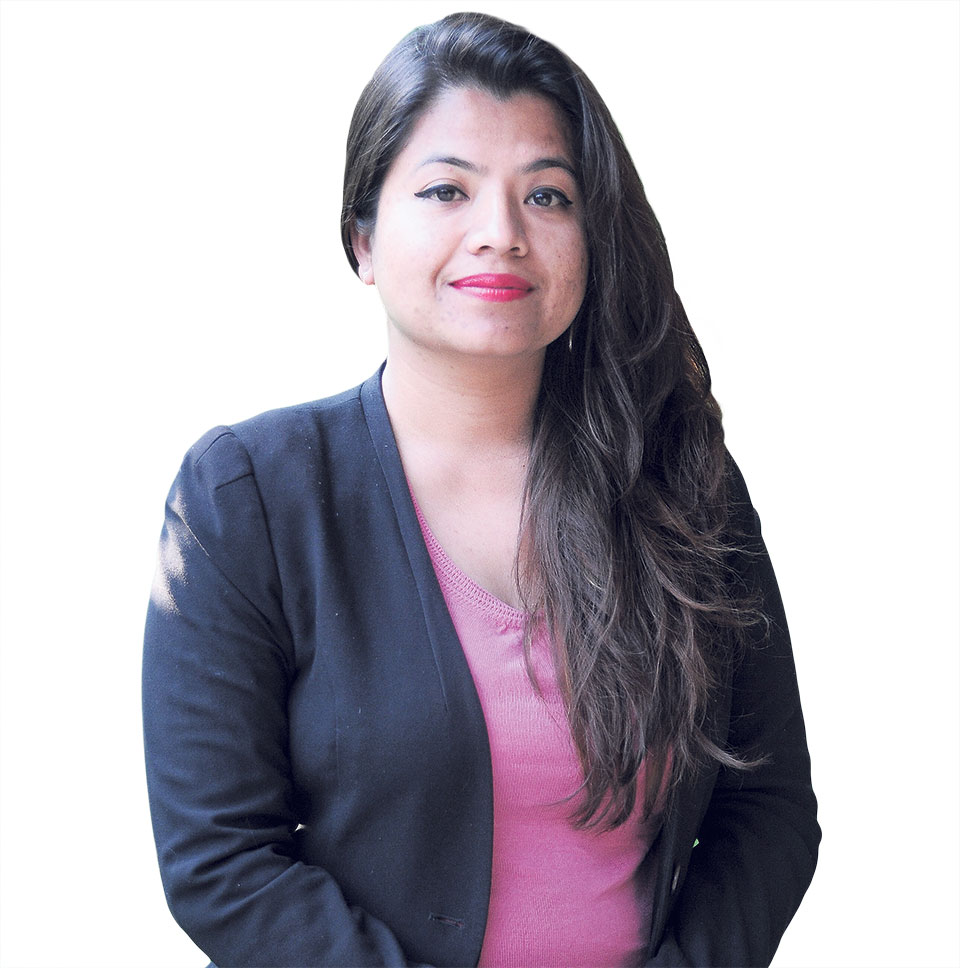 As a central committee member at Bibeksheel Sajha Party, Subuna Basnet, 26, is taking wide strides in politics. She is part of the new wave of progressive and efficient potential government representatives.

Fresh off the adrenaline of vying in the recent election, earlier this week, she shared that she is now hoping to encourage and empower proactive young people in the country by leading an entrepreneurship-focused department in her party. Here, with The Week’s Priyanka Gurung, she shares more.

How have the experiences so far shaped your understanding of Nepali politics?
I’d say I have learned the importance of patience the most. I knew it was going to be a long journey but, initially, I also thought my passion and our team’s unbeatable energy was bound to have an impact. In hindsight, I see I was expecting overnight changes at times as well.
But having worked on the ground with our party, I realize we have to be patient. It’s not that our goals are impossible but it may very well take my lifetime to see the changes.

So how do you maintain this passion?
I keep reminding myself of my purpose, the reason I choose to be involved in politics. My colleagues and I aren’t surrendering to the system. I remind myself that I’m here for something different.

I started a blood donation program as a teenager studying in Biratnagar and continued it here in Kathmandu as well. I remember all the struggle that I had to go through while making the arrangements. Many times, somebody’s life depended on me and, amazingly, there was no other place they could reach out for help. It was actually then that I started asking questions. Shouldn’t the government value their citizen’s lives? Where were they? How was this kind of responsibility being left on a teenager like me? We need to bring so many reforms.

What has been your most challenging moment so far?
It was during the election time. We all know that our rule of law isn’t effective but, during the elections, while going around asking for votes, I got a first-hand experience of just how deep seated the problem is.

At times, it was almost like the citizens’ themselves didn’t want to reform our skewed system. Some were already so used to reaping benefits from it that they considered it a risk, a disadvantage.

I was asked if I could make sure they wouldn’t have wait in line while carrying out official work in government offices. They said the old parties have that power and that I couldn’t just come from the ‘outside’ and shout about change. They told me I didn’t understand politics. Similarly, questions like ‘Could I guarantee them a job?’ ‘Could I make donations to their clubs?’ ‘Could I publicly endorse their institutes?’, kept popping up during the campaign.
Many are accustomed to the privileges that they can gain from our country’s tattered system. It was difficult to convince them to see the bigger picture.

Was there a moment you were proud of yourself?
Considering the circumstances, I’m very happy with my performance. After the experience, if I had to do it again, I know I can do better now but finishing off the race with those results was an achievement too.

Did you sit through any kind of training to tackle the demands (like making speeches, interacting with voters, sitting for interviews) of campaigning?

During the election, there was no time for training of any kind. Despite being a newbie in the political scene, we had many nominees from our party. The ones we would turn to for advice were in the run themselves.

However, we did discuss each other’s’ days when we got home. We would talk about the kind of questions we were asked or the problems we faced. We would discuss ways to deal with them. These would often be late night calls sometimes even around midnight.

I also spent the nights researching about our political history. That was one drawback about being born late. I know all that happened during my lifetime but there would be specific references from the past as well, like for example, back in 2017 BS, this politician from this party said that in his speech. You have to understand it all before having your say. So there was a lot of reading and googling as well.

How do you think we can encourage more capable youths to be interested in politics?
We had a social service club when were in Bibeksheel for this very purpose. We wanted to encourage discourses and discussions to make them aware as well as help them understand all that is happening around them politically. We need to engage them not only theoretically but practically as well.

When you hear the youth’s opinions, there is certainly a lot of frustration but the younger generations, those who have recently passed their +2 levels in particular, have a lot of fire in them as well. They want to make an impact. If we can guide them, encourage them to ask questions, it would help our future.

What about being a woman in Nepali politics? How is that?
It’s difficult because the stereotypes are incredibly blatant. Just recently, I had commented on how some of the road construction work in the city wasn’t prioritizing the pedestrians and the differently abled. I was immediately bombarded with comments like, “What do you think of yourself? You are not even worthy of washing your husband’s underwear.” Opinions like this are as sexist as they can get. They wouldn’t say such things if I were a man.

During my campaigning, I have had other comments asking about the price of my lipstick. Some pointed that I should just be married off. And there are many such instances. This makes me wonder if an educated women in the city is being treated like this, what chances do women from the rural areas have?

We have even faced trouble recruiting female party members from the villages. Once, after much difficulty, a male trainer had found a capable woman candidate but people around her residence starting bad mouthing her. We found that they had started rumors about an affair between her and our trainer. So, for women in politics, the challenges start way before you even start official work.