You and me, and everybody else 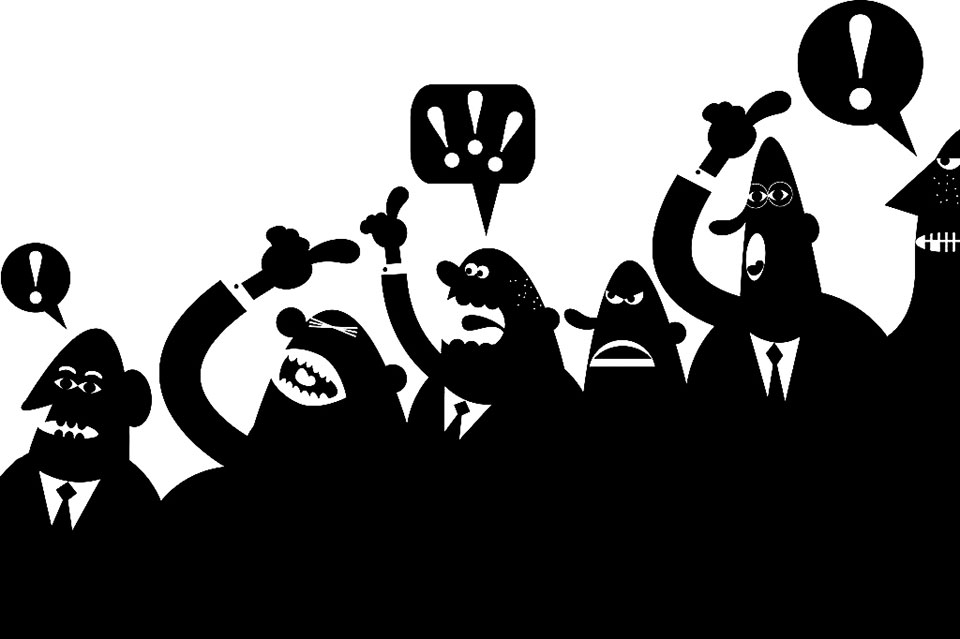 In our culture (and by that I mean Nepali and Indian both since I’m a Nepali who’s married and lives in India), a relationship or marriage is hardly ever just about two people. There is a horde of relatives, distant relatives, friends, friends of friends, and even the neighbors involved. All the people around a couple seem to have their own ideas as to what’s best for them.

It’s these people who first decided when they should get married, and it’s still these people who seem to be the ones telling them that they should now start a family. In our culture, there’s no concept of privacy and if you ask for it, you are being rude and disrespectful. After all, they are only looking out for your wellbeing. Also, you don’t have the experience they do and you would be wise to learn from them.

The constant bombardment of advice, suggestions, and stories can really wear you down. On any given day, my mother-in-law will tell me that it’s time to have kids (pronto), a relative will inquire about when I will truly be settling in (wink, wink), and a neighbor will complain about the late night noise from out flat and then go on to say that ‘too much partying isn’t good for the soul, and isn’t a sign of decency’ and that I should ‘think of becoming more homely’ (a wink followed by a I-know-these-things smile). Occasionally, she will even inquire what my in-laws have to say about my husband and I having friends over so frequently when they live just a floor above us.

And while I usually brush aside all these comments and criticisms with a smile, what infuriates me the most is how people get offended if you choose to ignore their suggestions (if you can call them that and not label them as orders, which they actually are). Many of these well meaning people can’t seem to understand how you have the ‘audacity’ to go about as you please and not heed to their ‘advice’.

I tell myself (when, in fact, I should be telling them) that if I wanted advice I would have asked for it. And since any advice that is thrown my way isn’t solicited, there’s no need for me to feel guilty about not doing as I’m told to. But guilty is exactly how I feel. And it’s usually their accusatory ‘you defied me’ glances that make me feel that way.

My mother says sometimes you have to do what you don’t want to just to keep someone’s words. I tell her I don’t even know what that means and she throws a similar glance my way. But really, what does keeping someone’s words actually mean in a culture where meeting people halfway isn’t possible or even considered? Unless you do exactly as people tell you to, they will always hold a grudge and your efforts are wasted anyway.

A friend recently told me that her in-laws banned a certain friend of hers from coming to their home because the neighbors thought they were having an affair. This is despite the fact that even her husband is friends with this person and has no problems whatsoever with him coming home. But apparently, he comes home too often and that raises suspicion, in the neighbors.

A colleague also mentioned that when he wanted to go for a vacation during Dashain the first year after he got married, all his relatives intervened and basically forbid him from going away. They even went as far as telling him that if he didn’t bring his wife for tika for her ‘first’ Dashain with them then they wouldn’t consider it proper and might not even celebrate Dashain with the couple in the future. Poor chap had no option but to cancel his Sri Lankan dreams and stay at home. Plus he had a very peeved wife to deal with.

I often find myself wondering why people like making other people’s business their business. Don’t they have enough things in their own lives to focus on or is it simply that they can’t control their own lives and thus try to control others? What joy can one possibly get from telling other people what to do and making sure they follow through? Why won’t people invest all this energy in their own lives rather than trying to painstakingly micromanage others’ lives?

Oh well, if I had answers to that, I probably wouldn’t be venting here. But answers are what I have been looking for while having numerous conversations about this and how to handle intrusive people. A teacher from high school that I’m quite close to and talk to on a regular basis believes that our culture reinforces this kind of behavior, which is why it never seems to stop. Case in point, the friend who couldn’t bring her friend home because of the neighbors. We make excuses for not listening to advice, we act according to how people ‘expect’ us to, and we go to lengths to make others happy, sometimes even modifying our behaviors even if it’s inconvenient.

What we never do is say enough is enough and live our lives. But maybe that’s just what people who are done with nosy parkers and constant interference need to do. You do run the risk of offending people but you also have a shot at getting your life back.

Love, You and Me