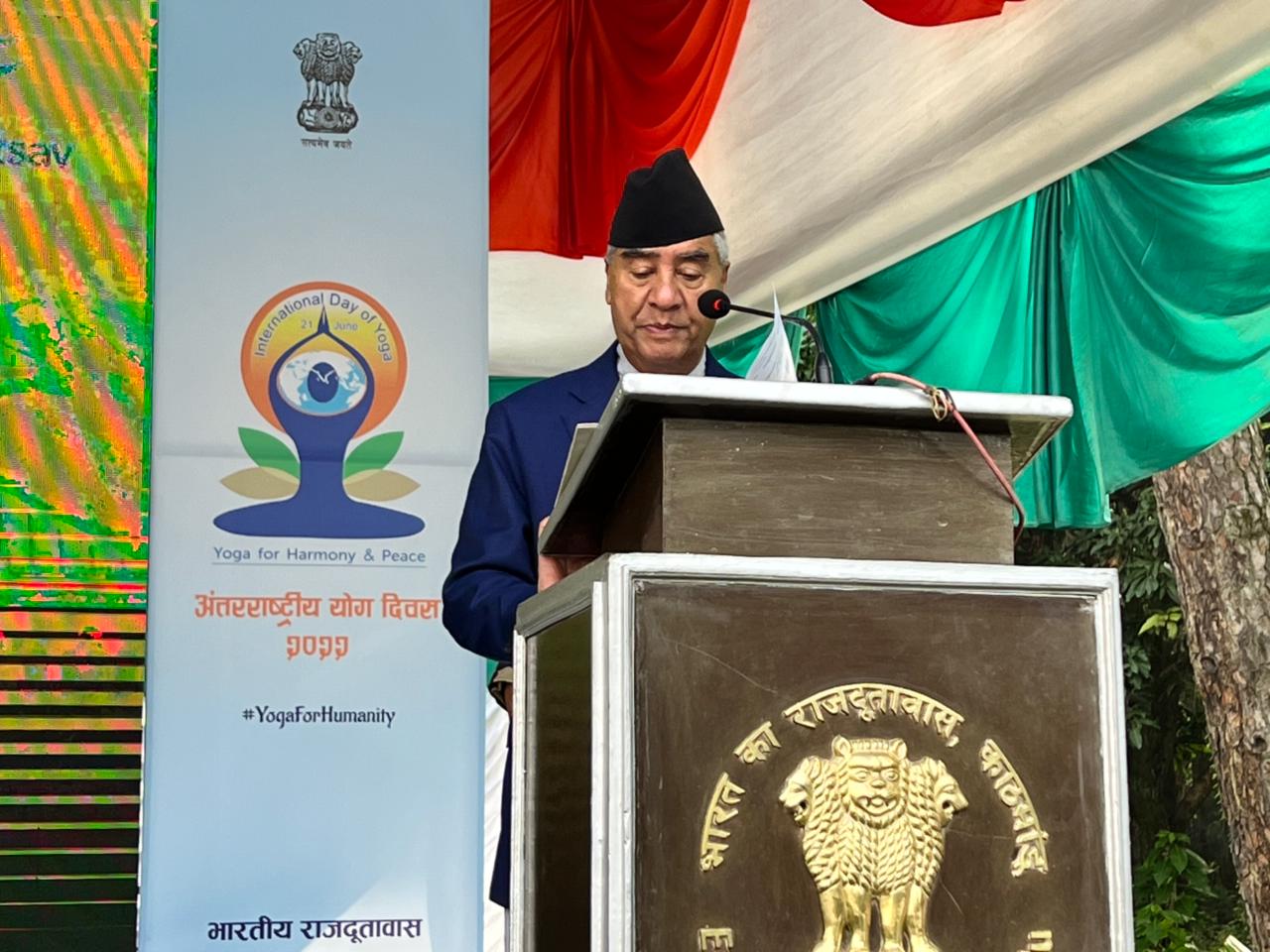 KATHMANDU, June 21: Prime Minister Sher Bahadur Deuba has said that yoga has an important role in developing a stress-free and peaceful mind and disease-free healthy body.

Addressing a special function organized by the Embassy of India in Nepal in Kathmandu on the occasion of International Yoga Day on Tuesday, Prime Minister Deuba said that regular yoga practice instills internal energy and discipline and helps to develop positive qualities including efficiency in work performance, motivation and self-knowledge.

"This is proven by experience. Yoga has a significant role in the prevention and cure of non-communicable diseases and mental rehabilitation. Therefore, it is necessary to expand the feeling of 'yoga for healthy life' to all the people," he said.

Extending best wishes for happiness, peace, prosperity and good health to the entire human race on the occasion of the International Day of Yoga, June 21, PM Deuba said yoga, which is related to our rich tradition and life philosophy, gained the worldwide respect after the United Nations announced on December 11, 2014 to celebrate June 21 each year as the International Day of Yoga.

Prime Minister Deuba described yoga not only as a form of physical exercise but also as a scientific lifestyle and way of living to be adopted while observing definite rules, method and process. Yoga is a process of connecting the mind and the body through various asanas (postures), practice and rigorous meditation.

Stating that the Himalayan region is known since historical times as the place of origin of yoga as the Himalayan mountain range is the holy land of meditation of the hermits and sages, Prime Minister Deuba believed yoga, which also has a direct link to our Vedic civilization, would further the ties, brotherhood and goodwill and tolerance between Nepal and India.

"Various elements of yoga as astanga yoga exercises, niyamas, asanas, pranayama, pratyahar, dharana, dhyana and samadhi given a firm foundation by Maharshi Patanjali are in the process of expanding throughout the world," the PM said, adding that the physical exercise, yoga medication and treatment is not only physically beneficial but is also beneficial and useful from the spiritually.

Deuba also expressed the conviction that the tradition of observing the International Day of Yoga will give us all a positive vibe and energy. 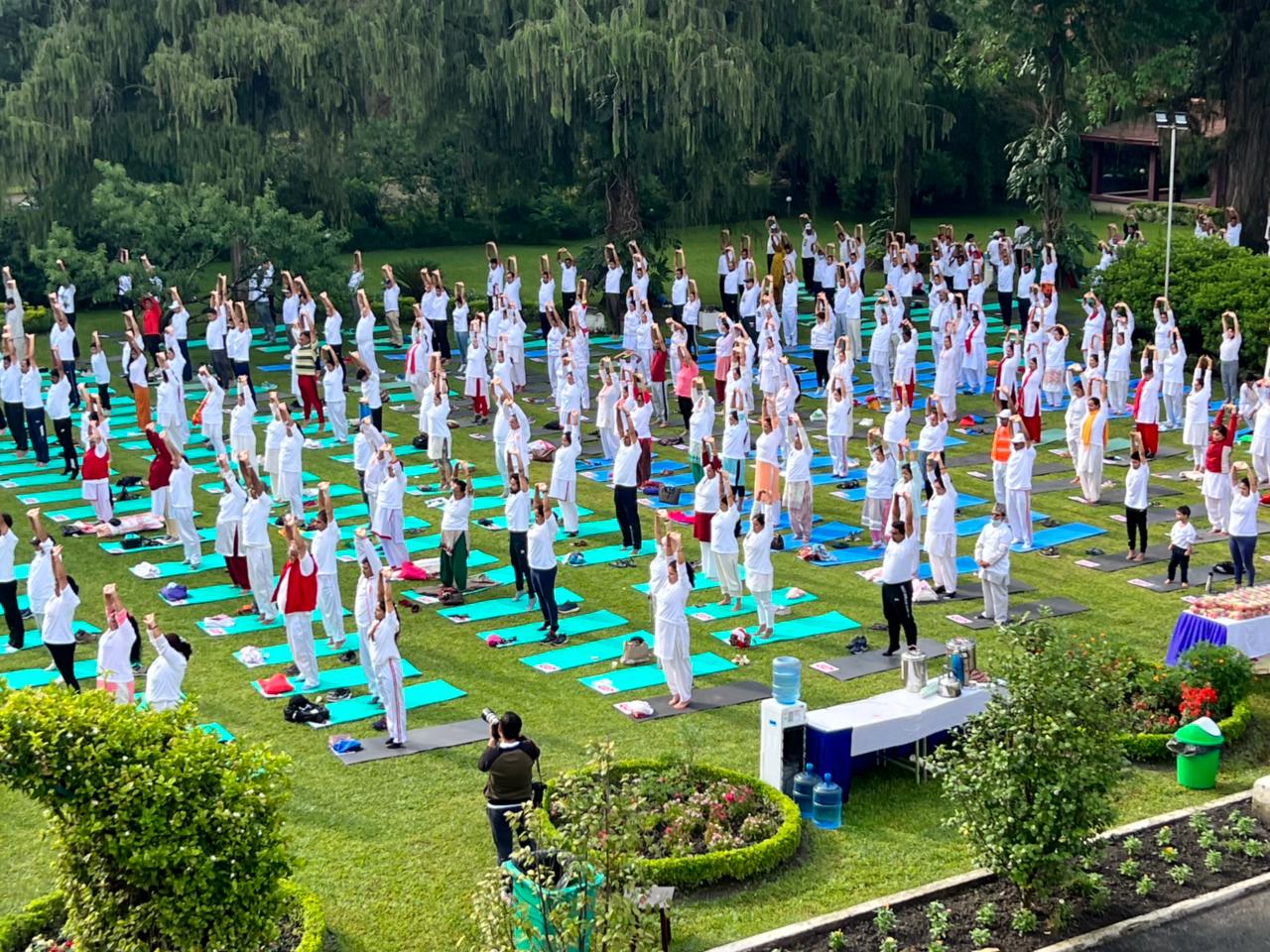 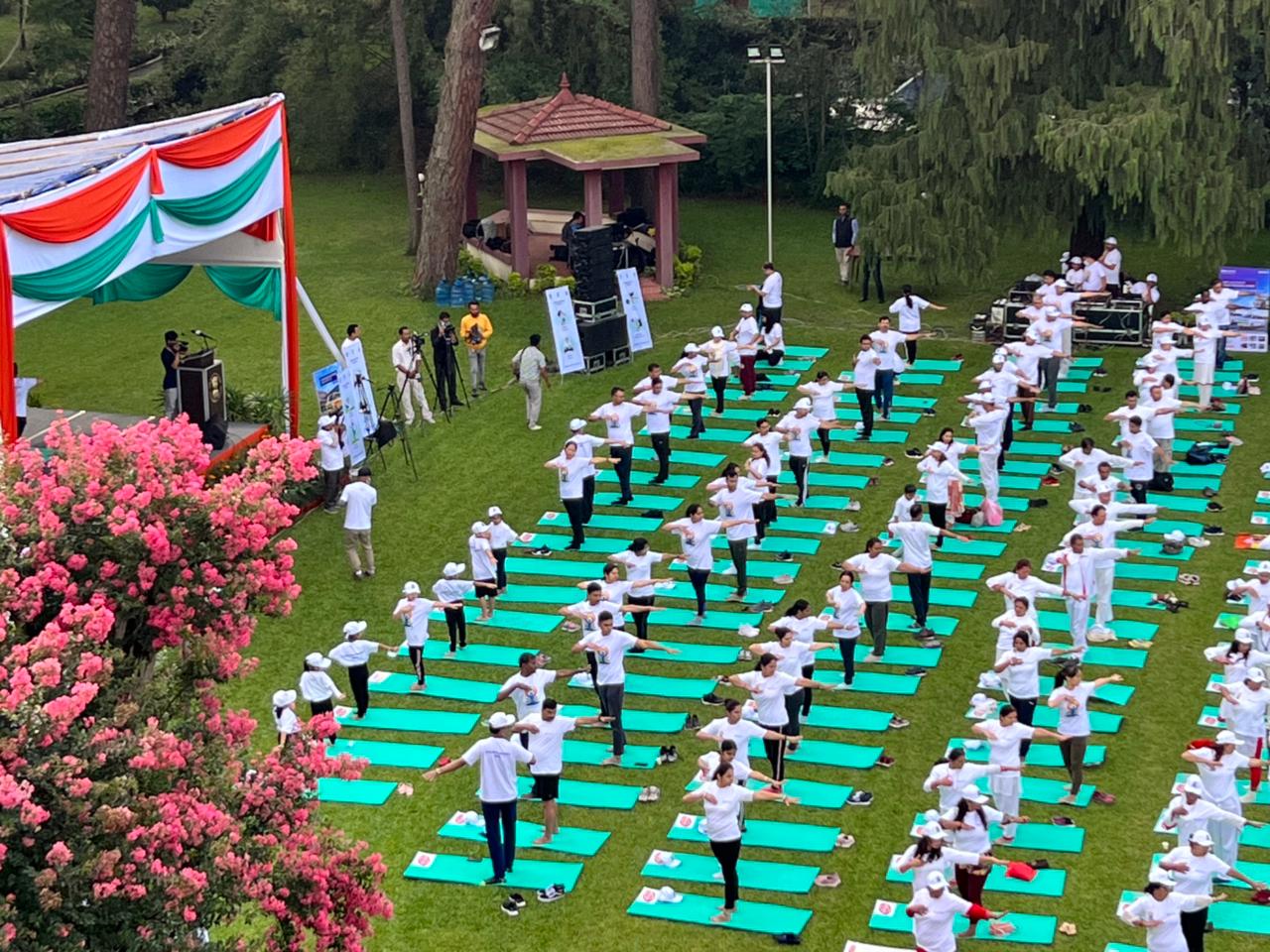 Newly-appointed ministers to be sworn in today
56 minutes ago