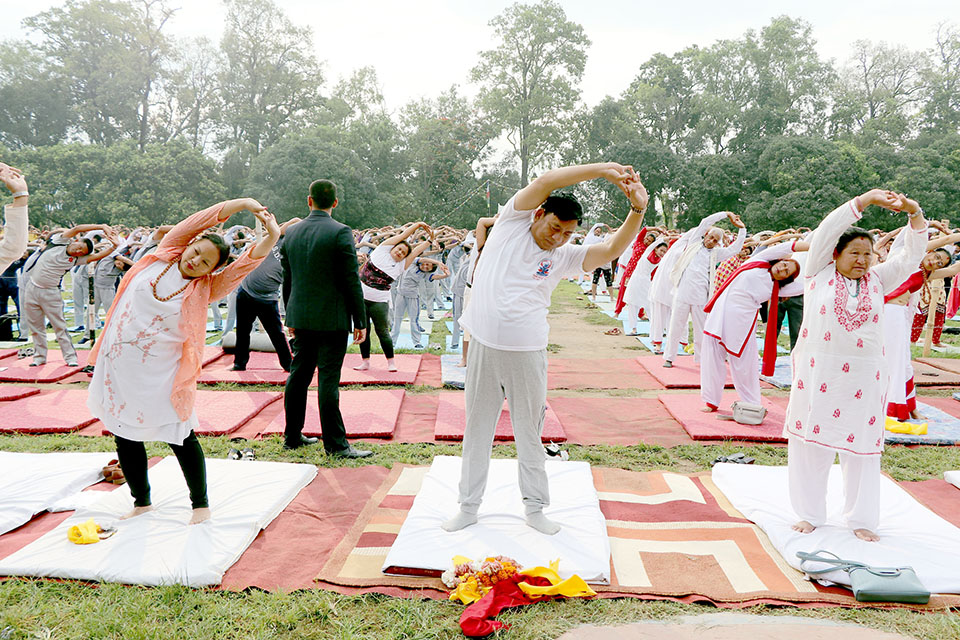 He argued that yog prevents illness in human life. The Vice President was saying this while inaugurating the yog camp organized by the Patanjali Yog Committee of Chitwan on the occasion of the fifth International Yog Day.

"Many people in the world are suffering from various ailments and searching options to be safe and become healthy and peaceful," he said, adding that some people have made tremendous development both in physical and mental fronts owing to the regular practice of yog.

According to him, some experts were of the view that the yog originated from the conversation between Lord Shiva and Parvati, who were believed to have resided in Nepal's Himalaya. The rishimunis (sages) in the Vedic era practiced and expanded the yog, the Vice President viewed.

He further informed that the yog was now spread to various countries- 175 countries accepted yog for peace and development. So, it is the day to remind that yog spread from Nepal to other countries. The 69th UN General Assembly had announced June 21 as the day to mark the International Yog Day. In the camp, Vice President Pun, his spouse Hastamali Pun and other participants practiced yog