Xi Jinping the most powerful person in world, Narendra Modi in top 10 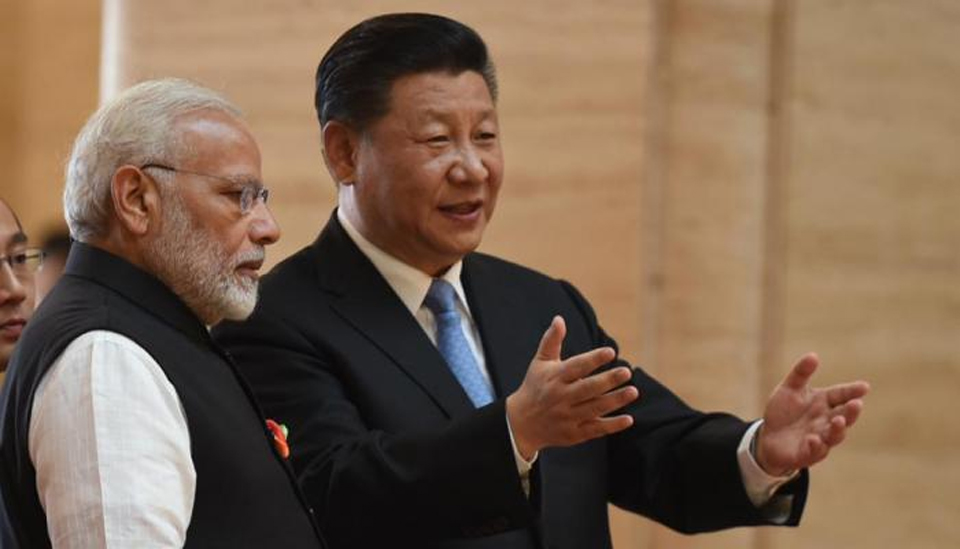 New York, May 9: Prime Minister Narendra Modi has been ranked among the top 10 most powerful people in the world by Forbes in a list that has been topped for the first time ever by Chinese President Xi Jinping, who dethroned Russian President Vladimir Putin as the most influential person on the planet.

Modi ranks 9th on the Forbes 2018 list of 75 of the World's Most Powerful People who make the world turn.

"There are nearly 7.5 billion humans on planet Earth, but these 75 men and women make the world turn. Forbes' annual ranking of The World's Most Powerful People identifies one person out of every 100 million whose actions mean the most," Forbes said.

Reliance Industries Chairman Mukesh Ambani, with a net worth of 41.2 billion dollars, is the only other Indian on the power list, ranking 32nd. Microsoft's India-born CEO Satya Nadella is on the 40th spot.

"Modi has raised his profile as a global leader in recent years during official visits with US President Donald Trump and Xi Jinping. He has also emerged as a key figure in the international effort to tackle climate change, as warming affects millions of his country's rural citizens," Forbes said.

On Ambani, Forbes said the billionaire industrialist's Reliance sparked a price war in India's hyper-competitive telecom market with the launch of 4G phone service Jio in 2016.

After being named the most powerful person in the world for four consecutive years, Putin drops to the second spot, dethroned by Xi, who seizes the top spot for the first time ever after China's congress amended its constitution in March, broadening his influence and eliminating term limits.

Putin has ruled Russia since May of 2000, and this year he was re-elected to a fourth term with nearly 77 percent of the vote. “That's the largest margin of victory for any candidate for the office since the fall of the Soviet Union,” Forbes said.

"This year's list highlights the consolidation of power in the hands of an elite few," Forbes said.

Rounding up the top five on the list are Trump on the third spot, followed by German Chancellor Angela Merkel (4) and Amazon chief Jeff Bezos (5).

On Trump, Forbes said he has seen limited success pushing his agenda through a Congress controlled by his own party, is under investigation by multiple law enforcement agencies, and can't shake off scandals arising from his personal and business life --but he's still Commander in Chief of the world's greatest economic and military power.

There are 17 new names on the list this year, including Mohammed Bin Salman Al Saud (8), the Crown Prince of Saudi Arabia. His father remains king, but he has consolidated power beyond any doubt and taken control of the country, Forbes said.

On Nadella, Forbes said the Microsoft CEO has steered the company away from a failing mobile strategy and focused on other segments, including cloud computing and augmented reality.

"Since taking over as a CEO, Microsoft's stock has increased by more than 150 per cent," it said.

In compiling the list, Forbes said it considered hundreds of candidates from various walks of life all around the globe, and measured their power along four dimensions of whether the person has power over lots of people, financial resources controlled by each person, whether the candidate is powerful in multiple spheres and that the candidates actively used their power.

Nepal ranked 33rd most fragile state in the world

KATHMANDU, June 29: Nepal has been ranked the 33rd most fragile state in the world among 168 nations and third... Read More...