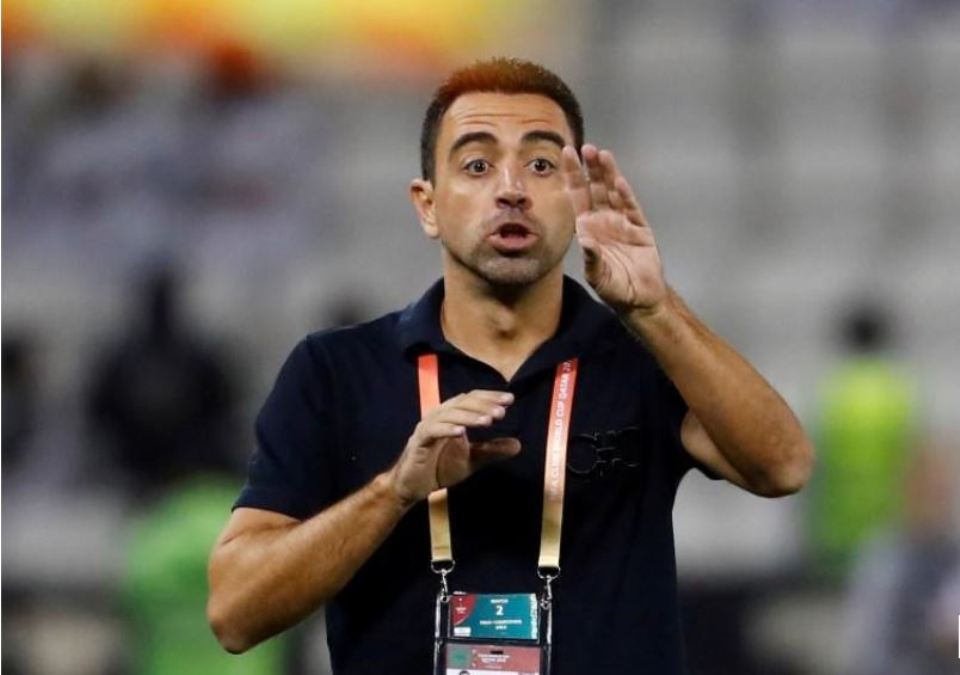 BARCELONA, Jan 12: Barcelona great Xavi Hernandez has said it is his dream to coach his former side after his current club, Qatari outfit Al Sadd, confirmed that the ex-Spain midfielder has been in negotiations with the Spanish champions.

Xavi, Barca’s all-time leading appearance maker who lifted 25 trophies in a 17-year career with the club, has been linked with a return to the Catalans since they were beaten 3-2 by Atletico Madrid to exit the Spanish Super Cup on Thursday.

That loss, which came after a surprise 2-2 league draw at struggling Espanyol, has heaped pressure on coach Ernesto Valverde even though his side lead La Liga and are into the last 16 of the Champions League.

Xavi confirmed media reports that he had spoken to Barca’s sporting director Eric Abidal and chief executive Oscar Grau over the weekend. He did not give details of the meeting but acknowledged that he would love to take charge of his former side one day.

“I cannot say anything, they were here to talk to me and we discussed many things. Sorry I cannot give any more information,” Xavi told a news conference after his side beat Al Rayyan on Saturday to reach the final of the Prince’s Cup.

“I cannot hide it’s my dream to coach Barcelona, I’ve said it many times in many interviews, everyone knows I support Barcelona from the bottom of my heart.

“But I’m doing my job here, I’m doing my best. I was focused on the semi-final and now I’m focusing on the final.”

Representatives at Barcelona could not immediately be reached for comment.

Before the semi-final against Al Rayyan, Al Sadd’s sporting director Muhammad Ghulam Al Balushi said Xavi had been negotiating a move to Barca.

“There are negotiations between Xavi and Barcelona now and we wish him success wherever he decides to go,” he told Qatari network Al Kass.

On Friday, Al Sadd’s general manager Turki Al-Ali said the club knew Xavi would eventually return to Barca but urged the Spanish side to negotiate with them directly.

“The issue of Xavi going to Barcelona is normal and expected because he will be at his club and it’s his first home and he must return there in the future, but as of today, Xavi is the coach of Al Sadd,” he said.

“We know that a club with the size and professionalism of Barcelona will take to official channels to speak of such matters.”