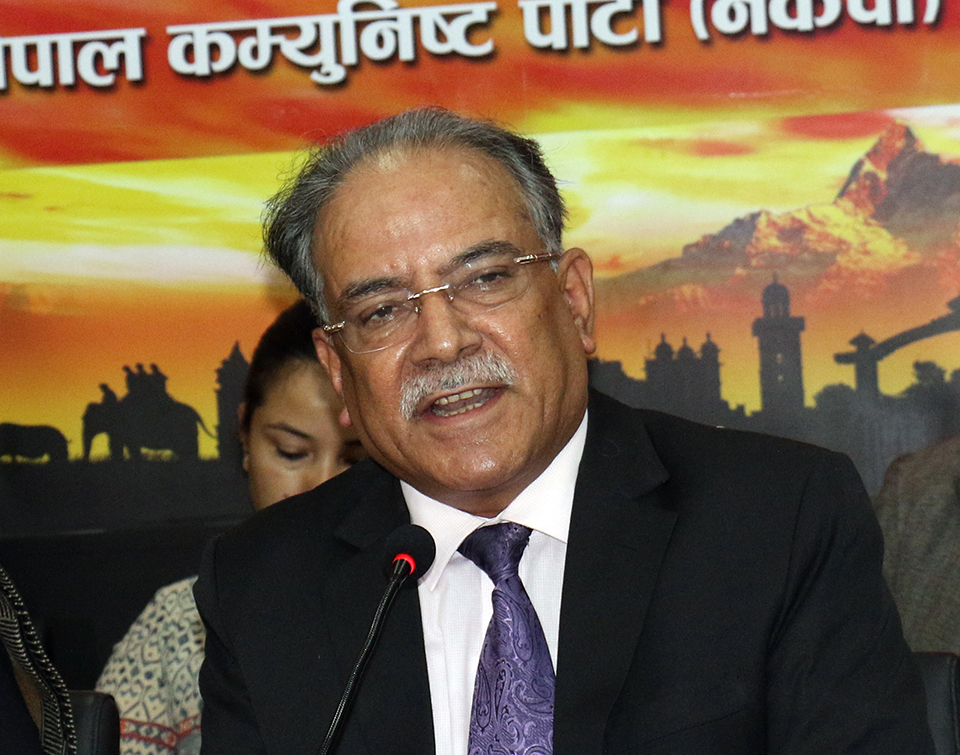 KATHMANDU, August 1: Chairman of the ruling Nepal Communist Party (NCP), Pushpa Kamal Dahal has said that overlooking the bad intentions and ideologies prevailing in the party is not possible in the name of maintaining unity.

Chairman Dahal, who was speaking during a program organized to mark the 23rd Tulsilal Amatya Memorial Day in the capital on Saturday, said wrong attitudes floating in the party should be discouraged. “The leadership has clearly acknowledged the wish of the people that the party should not split,” said he, adding, “At the same time, we should accept the fact that various issues, attitudes and ideology should be cleared on time.”

“In the name of not hampering unity in the party, any sort of wrong ideologies should not be put behind the curtains. They should be rather cleared and settled at the earliest. This is what we should learn while we extend our condolences to our late leaders.”

While ruling out the allegations that there is dispute within the party due to the power game, Dahal argued that the ongoing prolonged discussion is focused mainly on establishing order and system in the party. “We have fought hard against the efforts forcing the communist movement not to remain united,” he said.

Dahal said that he had made sacrifices so that instability would not prevail. He went on saying, “This is not a game for power and post.”

According to Dahal, the CPN is based on the blend of communist principles and procedures. “We discuss clarifying the ideology, undertaking the issues and making sure that the party is based on a particular system.”

Dahal committed to strengthening the party unification to the next level. “A joint effort by all against those factors instigating a split is a must,” he opined.

Clarity in vision is a pathway to socialism: NCP Chair Dahal(with video)