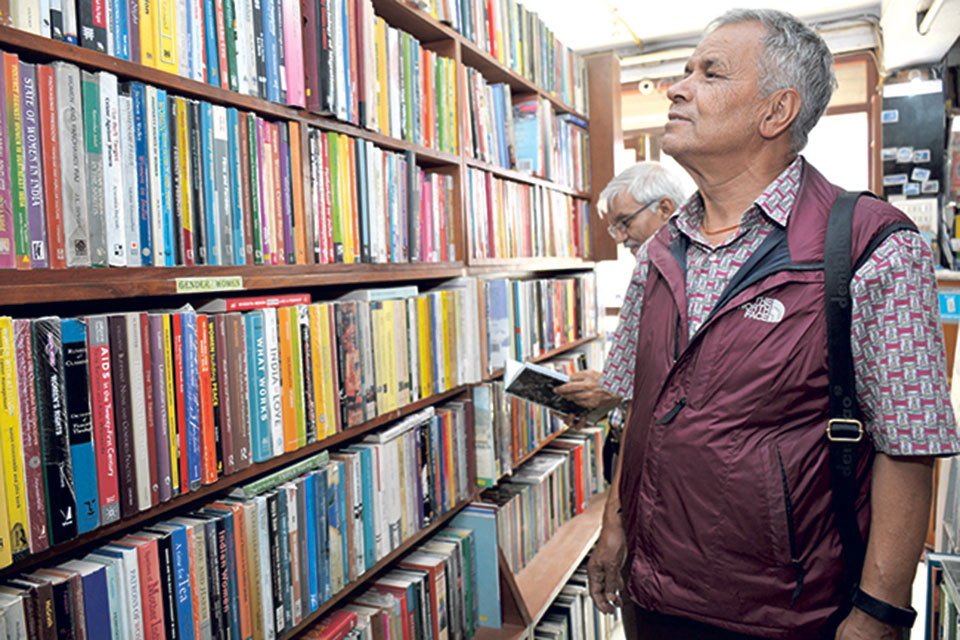 The written world
As more and more books are being published in Nepal, the fundamental question that arises is: Do our authors and publishers match international standards? While some authors seem to think publishers could invest in better editors and thus refine the writing before publication, publishers, on the other hand, think authors need to work on their content more and not be driven by commercial success. As the debate rages on, is the written world being compromised? Anweiti Upadhyay reports. There is a reason why Madan Puraskar nominated author, Seema Avas, doesn’t let anyone edit her work and prefers to do it herself. She doesn’t think there are good editors in Nepal who can polish an author’s work and make it better. And Peter J Karthak, whose first book Every Place, Every Person won the Sajha Puraskar, agrees. He seriously felt the lack of good editors when publishing his first English book, Kathmandruids.

But literary critic Rajkumar Baniya claims that everything from the theme to the use of language in today’s books is very weak. “You would think people would get better at writing with time but the complete opposite of it is happening with modern Nepali books. They are getting worse and worse every year,” says Baniya. He also adds that these books do not come close to the literary standards of those written by Guru Prasad Mainali or Bal Krishna Sama.

And these very thoughts are mirrored by Mani Sharma, of Shangri-La Publications. Sharma claims that authors and their connections actually push publication and sales of books more than the books’ content. According to Sharma, if the author of the book is already a known figure in any area, it’s a given that their books will get a lot of media coverage and eventually sell out. But if an author does not have the right connections within the industry, they probably will not achieve such success.

But that’s just one end of the spectrum. Ram Lohani, another literary critic, is quite happy with the current lot of Nepali books. He thinks most of them are on par with international standard. However, he is not up for comparing books of two different eras. He says, “Everything changes with time and so do the writing styles and inspirations or themes for books. It’s quite unfair to pit them up against one another. During Lekhnath Paudyal’s time, he was the only one who could write so well in chandas, but right now there are six-seven people who write just as well. It’s more a matter of changing time, style, and taste than a case of bad writing by the current authors.”

Author Seema Avas, whose book Ma Stri Arthat Aimai was shortlisted for the Madan Puraskar last year, is also satisfied with the quality of Nepali literary works getting published in the last decade or so. Avas also thinks that comparing every single Nepali author with the likes of Devkota or Sherchan is quite hypocritical. “I’m pretty sure that even during Devkota or Sherchan’s times, there were hundreds of other authors who didn’t write as well as they did. We only remember a handful of these authors and read their works because they were the best during their time and you can’t expect every single modern author to be the most brilliant one,” she argues.

Critic Baniya, however, is not quite sold on that idea. Baniya mentions how this degrading quality of books may also be a result of underqualified editors. He mentions that the editors hired to work on these books are not quite competent and they only correct grammatical errors when they actually should be doing a lot more than that. “Editors have to be knowledgeable in a lot of areas than the authors but there isn’t anyone like that in Nepal. Most of the times, editors are not even as competent as the authors and this directly impacts the quality of the books,” says Baniya.

Avas adds that sometimes editors change an author’s writing to a point where the vibe and message of the original work by the author is lost. “I read a book by this female author, who is also my friend, and by the end of the first chapter, I was sure a male editor had drastically changed the tone and theme of her work. I have known the author for quite sometime now and I know how she thinks and writes,” she says adding, “Sometimes when men edit women’s work, they really change the feel we, as women, were going for in the first place,” claims Avas.

Author/editor Karthak says that the lack of good editors in Nepal is because publishing houses don’t consider editing an important part of publishing. He points out that only a few publishing houses in Nepal actually have an in-house editor and others just hire part-time editors to edit merely as a formality. And, coming from someone who has worked at various media houses as a copy editor, that’s a serious allegation.

For his recent book Kathmandruids, Karthak reveals that he was lucky to have CK Lal as his editor. But he thinks Lal had to work a lot for this as he filled in as the political editor, the literary editor, and the blurb writer. “Editing is vast. There are so many sub-categories within it like political, style, copy, grammatical correctness, etc. and a publishing house should actually hire different editors to work on these different aspects of a book but they don’t. Books published in Nepal don’t really have the finesse that they should because of this. I’ve actually suggested we up the price of the books by a margin of five rupees or so each in order to finance hiring capable editors but the publishing houses have yet to act on it,” claims Karthak.

But Sharma of Shangri-La Publications begs to differ. He thinks it’s the authors who should work on their writing skills and shape their stories better. According to him, the thing that weakens modern Nepali authors’ content the most is not going through books written by other authors and taking note on what works and what doesn’t and applying it to their writing.

Author Ambika Giri, on the other hand, thinks authors and editors should share the blame equally regarding this. She says there is a serious miscommunication between authors and editors as most of them do not trust one another. Giri also reveals that she has never faced this particular problem herself since she works closely and in-tune with her editor.

Bhupendra Khadka of Bookhill Publication suspects that the current lot of Nepali writers work on a commercial basis rather than a literary one and just write to be rich and famous. “The literary market in Nepal is commercially very viable right now and the authors know this. So the focus isn’t on writing quality content. It’s more on selling as many copies as you can,” he says.

Here, Avas agrees with Khadka and says that writers do, at times, think commercially while writing or publishing a book. She voices that authors have to do that to some extent, “That is our income source. So we have to think about selling our books too. But I don’t think that mentality is hampering the quality of books in any way because I don’t know a single writer who has done away with literary finesse and creativeness for commercial benefits,” claims Avas.

Karthak, on the other hand, believes that commercial viability is an important aspect for every writer because the more people read their work, the better it feels at having gotten their stories out. But that doesn’t mean the quality of the content is secondary. In fact, Karthak says that the more a writer works on his craft, the more he/she is concerned with its success. But Karthak, as someone who has a lot of experience in writing and editing both, also says that what seems to be largely missing in our book publishing industry is the ability of writers, publishers, and editors to work together as a single entity towards a common goal. “If we did, the literary scene in Nepal would definitely flourish,” he concludes. 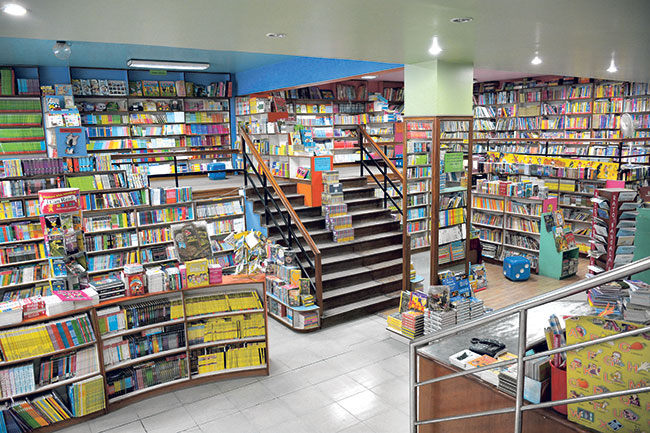 DHANUSHA, Feb 8: Thousands worth of properties were gutted when a fire broke out in a grocery store in Janakpur... Read More...