Worth it, says Kangana on getting injured during ‘Manikarnika' shoot 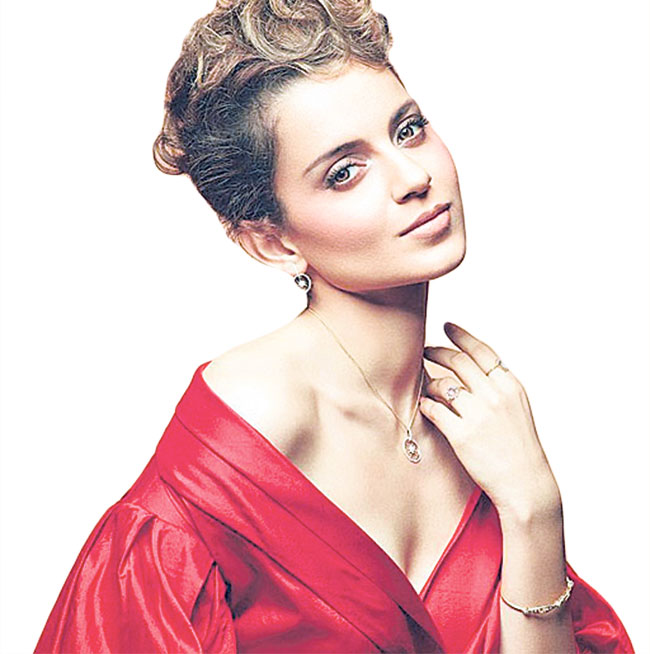 Recently, there were reports that actress Kangana Ranaut suffered a major injury on the sets of her upcoming period drama 'Manikarnika: The Queen of Jhansi'. The reports came out to be true as she suffered a deep cut on her forehead during a sword fight scene.

While giving an interview, she opened about the whole incident. She said, "I was doing a sword-fighting scene with three men. I guess Nihar (Pandya, who plays RaoSaheb) forgot his cue and he hit on my head. There's no way of avoiding something so unfortunate like this. Especially, when it's choreography related. The coordination of the various elements is difficult. It was a bad accident. It exposed my bone and my face was full of blood."

She also shared that if you give blood to play such a woman, it's worth it. "There's something about being in character. You cannot be a warrior without adopting the body language and the demeanor. When the metal sword hit my head, I felt it."

I saw blood streaming down my face. There were stains on my dress. I asked Nick (Powell, Hollywood action director) whether I needed stitches. He said yes. I asked how many. He said around 10. I asked him to take me to the hospital, to the best plastic surgeon.

“Nick and my producer, Kamal Jain found it amusing that it was me who was guiding them. Usually, I'm scared of blood. But in this case I wasn't," she shared.

"But when you talk about Laxmibai, she was the general of an army. She was an extraordinary woman. And if you give blood to play such a woman, it's worth it. To be honest, I'm only happy. You can't hope to immortalize the greatest warrior of all times without having a battle scar on your face. So it's justified."

When asked about the scars in her heart, she noted, "Of course, we all have soul scars, but they are like medals won in a battle. Whether you were scarred or left others scarred. It all depends on how you went through life."
The 'Queen' star also explained that there is no need to heal these scars. They are medals that she wears with happiness.

Worth it, says Kangana on getting injured during ‘Manikarnika' shoot

MUMBAI, Sept 9: Recently, there were reports that actress Kangana Ranaut suffered a major injury on the sets of her upcoming... Read More...

MUMBAI, Oct 6: Actress Kangana Ranaut suffered a injury while shooting for “Simran” in the US. ... Read More...

MUMBAI, July 20: Actress Kangana Ranaut has suffered an injury while shooting "Manikarnika - The Queen of Jhansi" in Hyderabad... Read More...