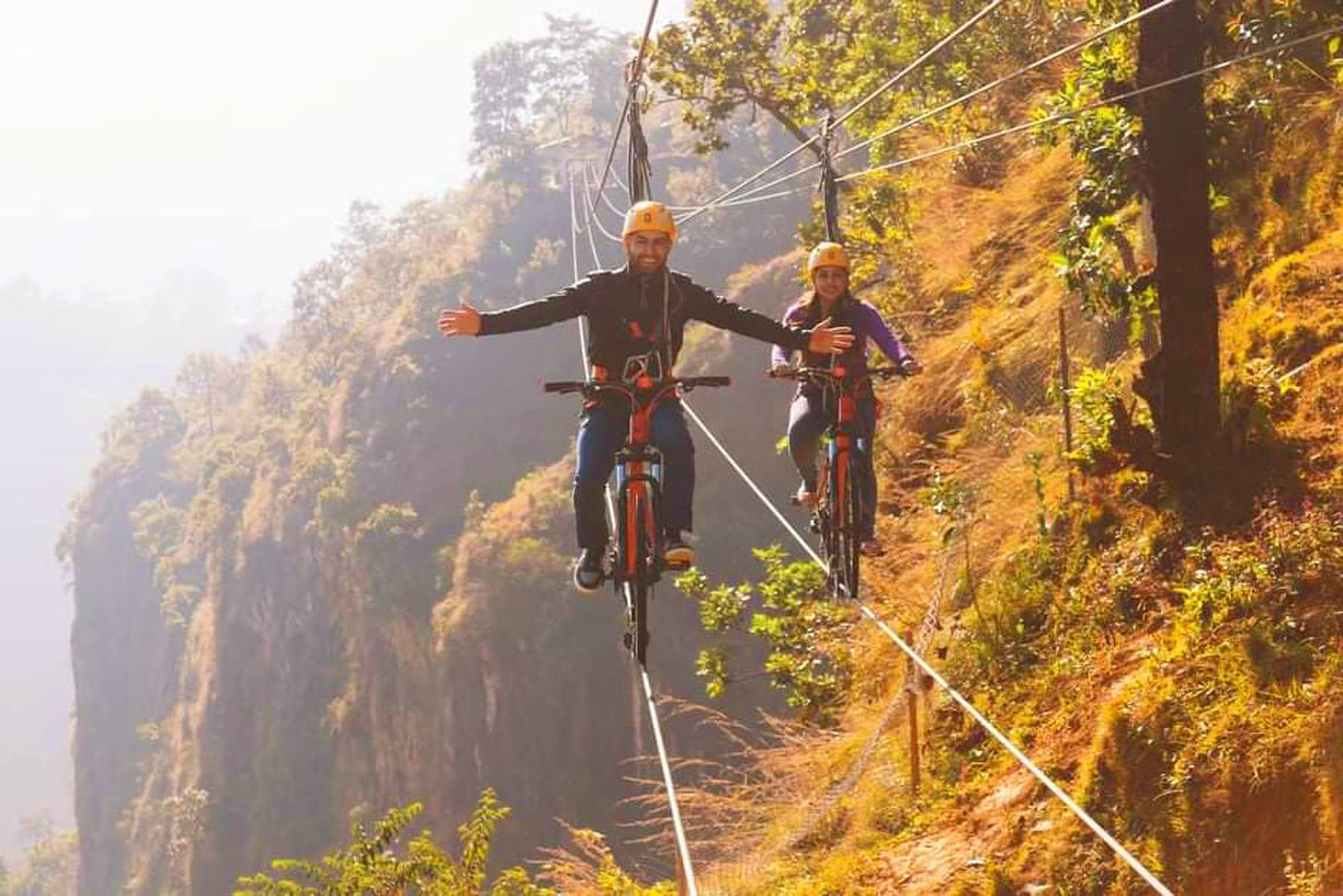 BALEWA, Jan 8: The world's supposedly second longest and highest sky-cycling in the premises of the Cliff Resort in Kushma of Parbat district has come into operation.

The sky-cycling operated by Cliff Pvt Ltd was launched four years ago but the service was shut down due to COVID-19 in 2020. The cycling is operated on a rope suspended in the air at 228 metres above the Kaligandaki River.

Raju Karki, chairperson of the Cliff Pvt Ltd, shared that the two people can ride the cycle on the total 600-metres route on both sides at a time. The bicycles are tied with safety ropes with an attached handle adjusted on the rope like a rail.

The resumption of this adventurous sport is targeted to the domestic tourists whose arrival has been increasing lately, said Karki. Adventure seekers could enjoy the ride for Rs 2,500 per ride while those also willing to do bungee jumping and swing in the vicinity of the sky-cycling could avail discount up to 20 per cent.

The bungee jump is claimed to be the second tallest in the world while the first tallest one in the world from a bridge. The bungee is operated from the bridge that is 525-metre long suspension bridge and connects Parbat with Baglung district. An increasing number of youths are attracted to adventurous sports in recent days, said Netra Parajuli, Director at Cliff Pvt Ltd. A zip line service is also in operation near the Cliff Resort.

Bharat Poudel, a local from Balewa in Baglung district, said that adventurous sports such as sky-cycling, bungee jumping, zip line and swing should also attract foreign adventurous tourists. He said that these sports would  eventually help uplift local economy.

PARBAT, March 26: With the onset of summer season, rafting on the Kaligandaki River has resumed. The adventure sport was... Read More...

300 households of Pipaltari to get a water tap each

PARBAT, Feb 3: As a part of the 'One home, one tap' campaign, Kushma Municipality-10, Pipaltari has decided to adopt... Read More...