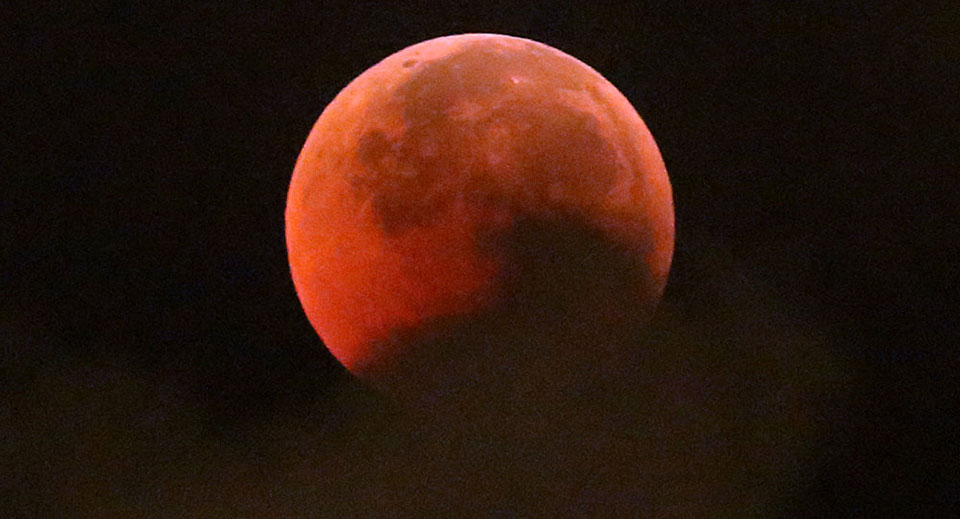 Lunar enthusiasts across Africa and Eurasia were treated Friday night to a rare experience: the longest lunar eclipse expected for a century. Dubbed a “blood moon” for its reddish hue, the stunning beauty of the eclipsed moon has been captured by professional and amateur photographers alike.

A lunar eclipse happens when the moon passes through the Earth's shadow, meaning the two bodies are directly aligned with the Sun. That's the opposite of a solar eclipse, which happened late last year, when the moon goes directly between the sun and the Earth and casts a shadow across the Earth's surface.

That kind of thing only happens rarely, National Geographic notes, because the moon orbits the Earth on a tilted angle. A lunar eclipse typically only happens twice a year.

However, this one is extra-special, because it's the longest expected until the year 2127, lasting nearly four hours. That's because the moon is presently at is apogee, meaning it's the furthest from Earth it gets during its slightly elliptical orbit. The moon Friday night appeared 13 percent smaller than normal — a "minimoon," NatGeo noted — meaning it took a bit longer than normal to cross the sky.

The shaded moon, which appears red because of dust particles in the atmosphere, was visible across Africa, Europe, Asia, Australia and parts of South America, although only viewers in East Africa, Central Asia and Eastern Europe got to see the completely eclipsed moon; viewers outside that area got a partial view.

By sheer coincidence, our neighboring planet of Mars is both the closest it'll get to Earth for a while right now, and also only 5 degrees separated from the moon in the night sky. That means you can view a red moon right next to the Red Planet! 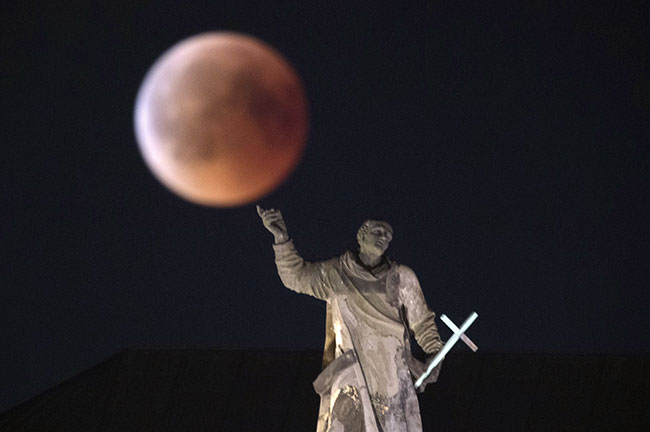 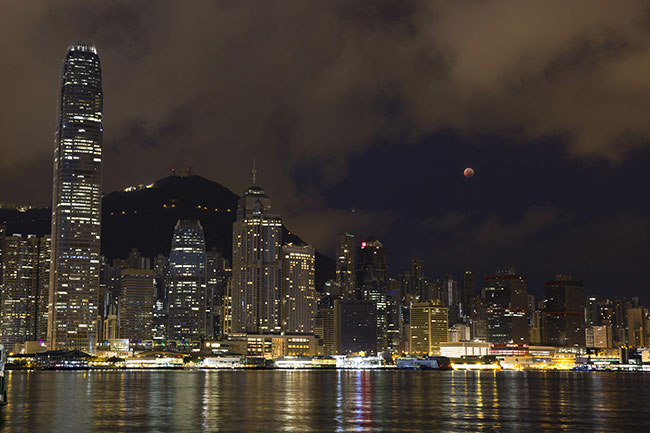 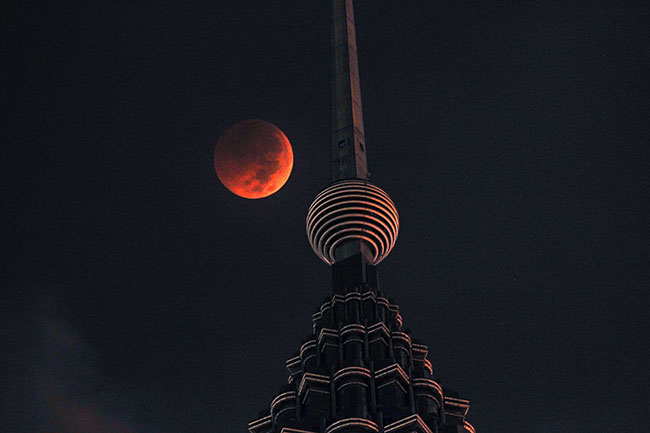 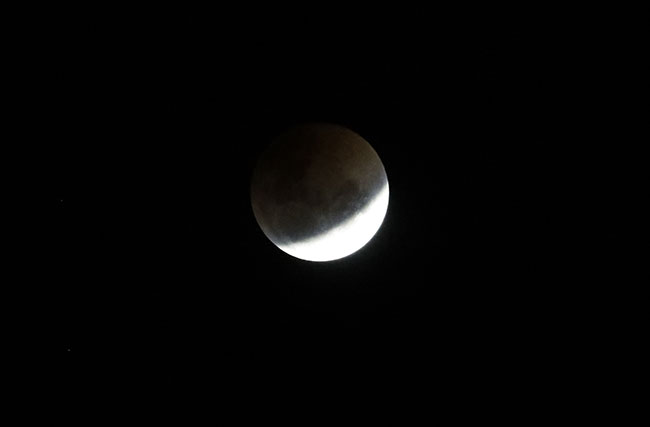 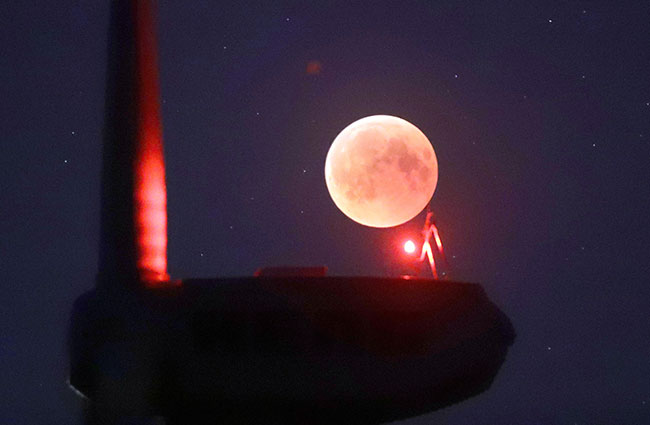 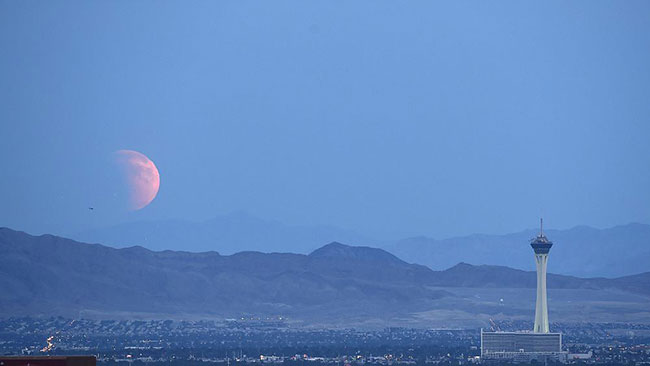 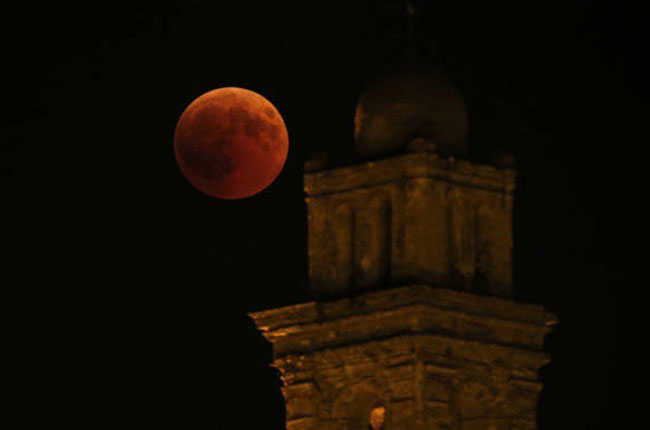 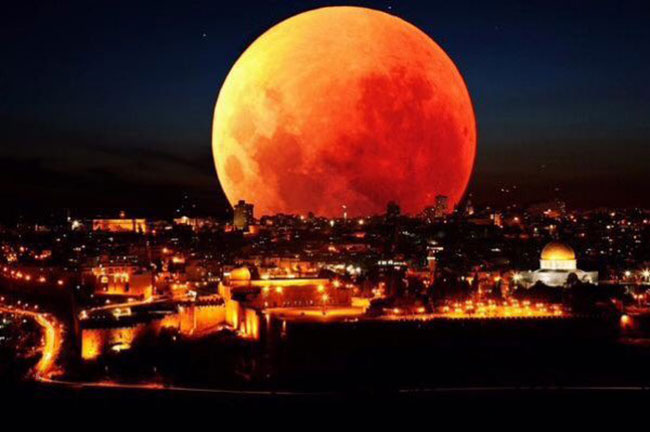 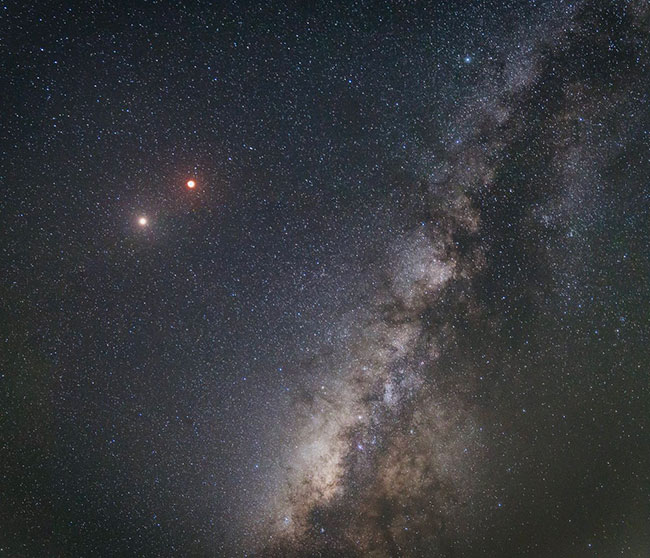