World leaders mourn Peres; praise him as a man of peace 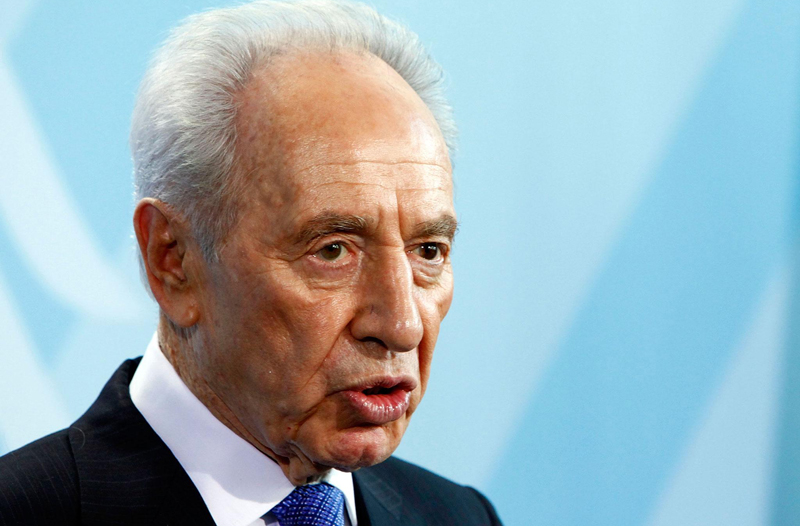 WASHINGTON, Sept 28: Current and former world leaders mourned the passing of Shimon Peres early Wednesday, praising him as a patriot, visionary statesman and man of principle who was deeply committed to pursuing peace in a region that has mostly eluded it.

President Barack Obama called Peres "the essence of Israel itself," noting he had fought for Israel's independence, worked its land and served Israel in virtually every government position, including three stints as prime minister.

Peres, who died early Wednesday at the age of 93, was awarded the 1994 Nobel Prize after he secretly brokered the historic Oslo interim peace accords with the Palestinians a year earlier. He shared the prize with Israeli Prime Minister Yitzhak Rabin and Palestinian leader Yasser Arafat.

"I'll never forget how happy he was 23 years ago when he signed the Oslo Accords on the White House lawn, heralding a more hopeful era in Israeli-Palestinian relations," former President Bill Clinton said in a statement. "He was a genius with a big heart who used his gifts to imagine a future of reconciliation not conflict, economic and social empowerment not anger and frustration."

Peres, who served in the largely ceremonial role of president from 2007 to 2014, represented a moderate face of Israel after the more hawkish Prime Minister Benjamin Netanyahu took office in 2009. Peres sought to reassure the international community that Israel seeks peace despite stalled negotiations under Netanyahu. He remained active at his peace center, which sponsored programs promoting Israel-Arab coexistence, until weeks before his death.

Former British Prime Minister Tony Blair, who also worked as a Mideast peace envoy, said Peres' "commitment to peace and his belief that it was in the interests of the country he adored marked him out as a visionary whose vision was never dimmed or displaced."

Peres' had a major stroke two weeks ago that led to bleeding in his brain. He was sedated and on a respirator during most of his hospitalization, but his condition suddenly worsened.

Netanyahu issued a statement mourning the passing of Peres and said he would convene his Cabinet for a special session later in the day. After that, a special committee was to meet to prepare arrangements for a funeral that many international dignitaries and leaders from around the world are expected to attend.

JERUSALEM, Sept 30: Israelis, along with dignitaries from around the world, were gathering in Jerusalem Friday for the funeral of... Read More...