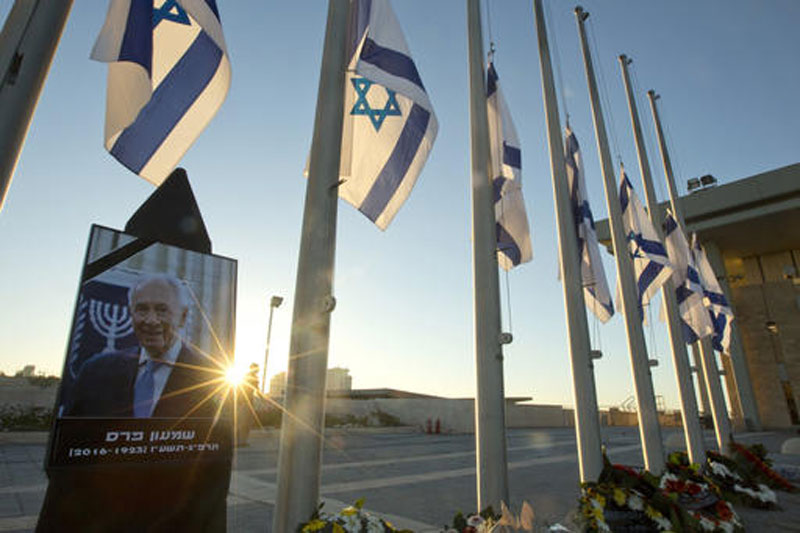 JERUSALEM, Sept 30: Israelis, along with dignitaries from around the world, were gathering in Jerusalem Friday for the funeral of the country's former President Shimon Peres.

Obama is one of the speakers at the ceremony. He landed in Israel on Friday morning. Obama awarded Peres the presidential Medal of Freedom in 2012.

Police shut roads in central Jerusalem ahead of the funeral. It is expected to be Israel's largest since that of Prime Minister Yitzhak Rabin, Peres' partner in peace who was killed by a Jewish nationalist in 1995.

Peres died early Wednesday, two weeks after suffering a stroke. He was 93.

Peres shared a Nobel Peace Prize in 1994 for helping negotiate a historic interim peace agreement with the Palestinians. Since then, the peace process has collapsed.

Abbas said that despite the breakdown in peace efforts, he decided to attend to honor Peres' longtime commitment to peace.

World leaders mourn Peres; praise him as a man of peace

Development impossible without participation of locals: FinMin Sharma
10 hours ago