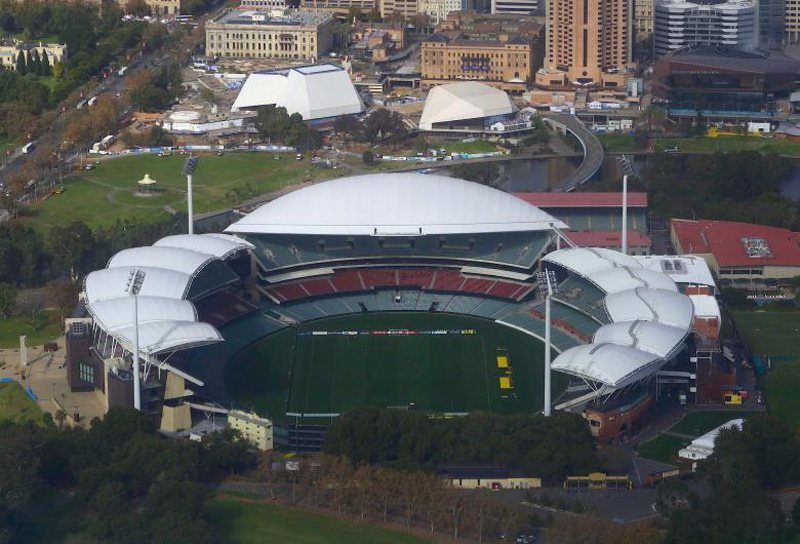 A resurgent Saudi Arabia could take a major step towards ending their decade-long exile from the World Cup finals if they can beat Asian champions Australia in a crunch qualifier at Adelaide Oval on Thursday.

The Green Falcons played at four successive World Cups from 1994 to 2006, a run that ended when Australia switched to the Asian confederation and grabbed one of the continent's precious berths for the 2010 and 2014 tournaments.

Joint top of Group B, from which two teams qualify automatically for Russia next year, the Saudis will move six points clear of the Socceroos with two matches remaining if they can prevail at the famous cricket ground.

"We're ahead of them in the table," winger Yahya Al-Shehri told FIFA.com this week.

"We have to play them on their home turf, but we'll go there to win and to hold on to top spot. We want to keep winning and qualify for the World Cup."

The Socceroos will be desperate for a second successive win after a run of four draws to rein in the Saudis and avoid the precarious playoff route to Russia open to the third-placed team in the group.

Ange Postecoglou's reliance on captain Mile Jedinak's accuracy from the penalty spot, and the continued presence in the squad of 37-year-old Tim Cahill, though, are indicative of the struggles of his side to score goals.

Cahill's tally of 48 goals in 96 internationals would take some beating in any team but younger Australian forwards such as Tomi Juric and Mathew Leckie are not coming anywhere close to that strike rate.

Saudi Arabia coach Bert van Marwijk, who led his native Netherlands to the 2010 World Cup final, has built an impressively solid team that always seems capable of creating chances, though they be without suspended playmaker Nawaf Al Abed in Adelaide.

Group B co-leaders Japan, take on Iraq in Iran on Tuesday.

Australia head to Russia after the Saudi match for the Confederations Cup and Postecoglou would dearly love a victory over the Saudis on Thursday to get a firmer grasp on a ticket back there for the World Cup next year.

"We knew the back half this year is where we need to be at our best," Postecoglou said on Wednesday.

"And we wanted to be in a position where our fate is in our own hands and that is exactly where we're at. We know if we finish the qualification period off strongly, we will achieve the objective."

Inspired by Dr KC, Bam says he is ready to die for the people
52 minutes ago