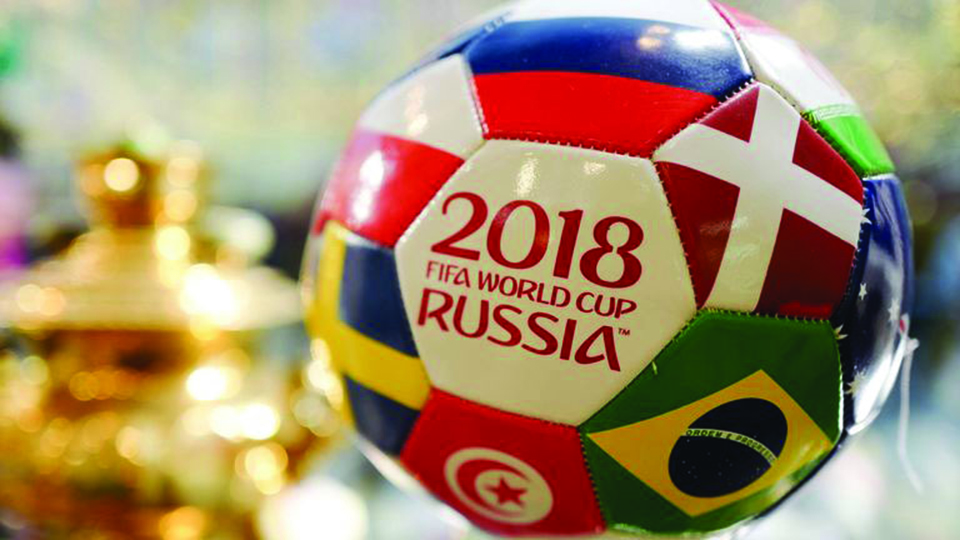 One central quality World Cup 2018 has showered upon us is happiness. Happiness from the way the tournament has been hosted and battled

Let’s get started. Before the greatest sports tournament in the planet kicked off a three weeks before in Russland, I was relatively restrained. Maybe it was the work-life balance conundrum, or the fact that I was relatively unknown about Russia as a soccer tournament host, or maybe the recent FIFA administrative controversies had taken the juice out of the upcoming event. In any case, even a couple days before the event commenced, I wasn’t as enthralled as I used to be in the prior world cups.

Fast forward a few weeks, and oh boy!, things have changed. Soccer is on top of my to-do list, the strict daily routines have gone for a toss, and the late-night stay syndrome is definitely tangible. All this for the special 2018 World Cup in Russia. Starting from the 1998 cup—my first experience as an active world-cup audience—till date, this has by far been the most enthralling world cup tournament. I am not exaggerating. In these past five tournaments, it feels like we had seen it all. Zidane, Ronaldo, Beckham, Cannavaro, Xavi, Iniesta, Schweinsteiger—you name it.

The carnivals of the past were filled with superstars, packed with memorable performances and charged with indelible memories. And now, the world Cup 2018 has shadowed them all. This tournament has been a punch above the rest. I can keep on bragging and it will still not be enough.

Shall we validate the argument? Let’s kick in. Russians led by example right from the get go. A patriotic salute, a fervent local support, and a splendid team effort was on full display as the host swept away the pseudo tiki-taka playing Saudis in the electrifying opener. No pun intended. Spain and Ronaldo’s Portugal then gave an opening master class, Belgium and France slowly showed that their golden generation is now ready for a conquer, Brazil and Colombia steadily brought the South American flair on the stage, Uruguay partied dogged as usual, and the Senegalese and Nigerians showed us their foot-balling physicality, enormous guile and an unparalleled goal celebration. How can we forget Asian teams other than the Saudis? Iran promised. Japan were gritty and prevailed the league stage. As usual. South Korea, better late than never, provided the Germans the taste of their own medicine. All in all, a decent Asian show.

The league stage, pre-quarters and the quarters were also filled with magical individual performances. The C-Ronaldo led from the front, Messi came to the party with a goal only he could have scored, Neymar amidst his theatrics and at times irritating injury feigns showed a glimpse of what he is all about. Coutinho was superb as were Cavani, Suarez, Harry Kane and Lukaku. The list goes on.

But we cannot stop without talking about the players on the other halves of the pitch. Modric, Pogba, Kante, Witsel to name a few shone in midfield. Godin, Vertonghen, Maguire, Varane were all been brilliant in the backline. Finally, Courtois, Pickford, and Lloris and Subasic have shown that a team can only go forward with a commanding glove-man in the back. Enough about the players. The coaches have mostly been on the money as well.

We saw a tactical ingenuity from Belgium’s Roberto Martinez when Belgium faced Brazil and a tactical master class and courage from England’s waist-coat man Gareth Southgate when English outplayed Swedish. The goals, both in quality and quantity, have been superb right from the start. Russians scored five in the opener, Messi, Ronaldo and Cavani all scored worldies, Macguire a thunder, and De Bruyne goaled a banger. Let’s be blunt, we were all overwhelmed.

Players and goals apart, one central quality that the World Cup 2018 has showered upon us is sheer happiness. Happiness from the way the tournament has been hosted and in the way it has been battled. Right from the go, we could see the whole country was up for the event. The Russians were prepared and ready to go. Even from the lens of a TV audience, you could see the scintillating and joyous atmosphere around the streets of St Petersburg and Kazan. Former Manchester United defender and a sky sports commentator Gary Neville himself has said: “This tournament is the best I have even seen. Russia has risen to occasion.”

The participating countries and players have responded as well. The game has been played at the highest intensity, with pure passion, with first class deft, and with top-notch professionalism and spirit. What else can a spectator ask for?

For many of us who have been spoiled by every year’s champions league and domestic leagues in Europe, this tournament showed us what a world cup really stands for. It has shown that a four year wait for this carnival is worth it. The boiling patriotism, the overflowing emotions, the upsets, the incredible moments, the controversies, little feigns, tactical wit were all in full flow during this world cup. And it’s not done yet.