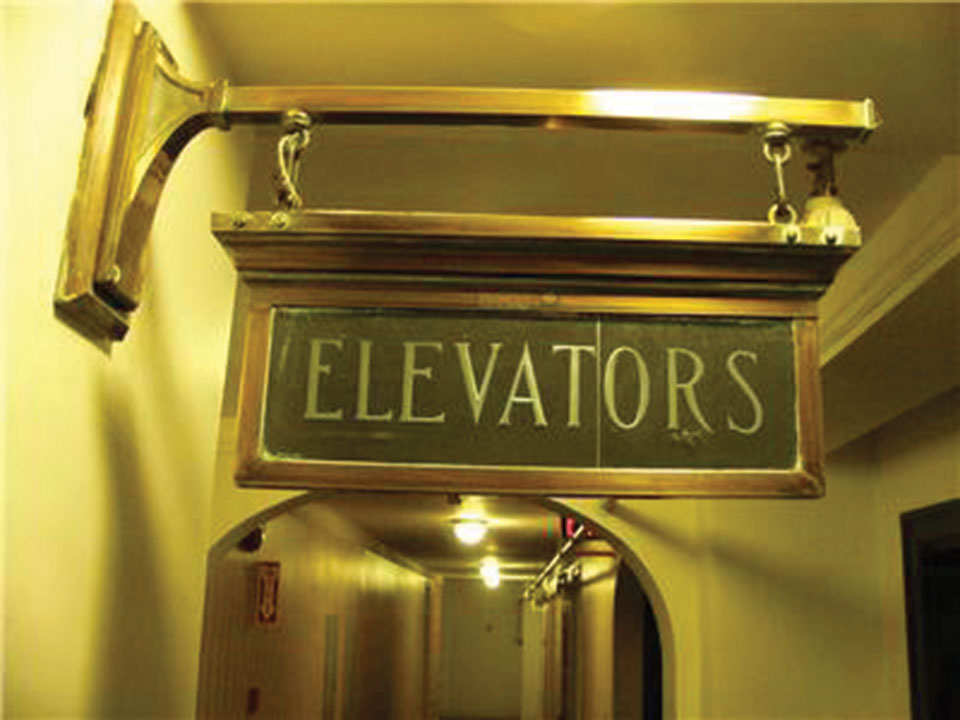 Before the elevators, buildings were not made higher than five floors. Then with elevator option, buildings started to be raised as many as 12 stories

On my recent trip to the United States, I had a connecting flight from Dubai airport. In the process of getting to the departure gate, I had to take an elevator, a very fancy one at that, with glass doors with opening both front and back. I got in from the front door and exited from the back door.  This fancy elevator reminded me of the first time I rode an elevator long time back during the 1960s in Kolkata. At the time I was living with my father and attending school there.  One day my father took me to a building where his office was located. It was in Russel Street.  As I remember, at the time I believed, the building belonged to Subarna Shamsher’s family.

As we entered the building there were a whole bunch of narrow stairs going up on one side and then there was little door with chain gate.  Baba said we would take that upstairs.  I was confused and puzzled and wanted to find out what was there inside the dark door.  Baba stopped me from doing that.  We waited for a moment and then something came down with a whooshing sound. I was very scared and I stepped back.  I had no idea as to what I was waiting for. Then it stopped and the chain gate doors opened.  A few people got out of that room.  It was dimly lit. When it was empty baba pushed me inside.  I was still very scared.  After getting inside I saw a man sitting on the right hand side of the door on a stool.  Soon after we entered he closed the outside chain gate first and then the one on room and pushed some buttons on the panel in front of him.

The room started moving up.  That was the first time I rode an elevator. I did not know what to expect.  My heart was pounding.  Later my father told me it was an elevator.  Thinking about it now still scares the hell out of me.  After seeing all different kinds of modern day elevators, I would call it a ‘contraption’ as the best description of it.  These little things are really handy when it comes to covering a huge upward distance without climbing.  I imagine climbing on top of the Sears Tower in Chicago that has 103 floors. I know it’s an insane idea when we could do just that in a jiffy with fast travelling elevator travelling at the speed of about 20 miles per hour.

At this moment it is natural to wonder, who and how and of course when elevator was invented.  The idea of elevator has been around for a long time, as early as 100 BC.  Surprised?  Don’t be. It was a Roman architect, Vitruvius who wrote about pulleys being used to lift weights off the ground.  No, he did not invent the forefathers of the present day elevator.  It was an American who did it. His name was Elisha Graves Otis. The story of how he got into inventing elevators is very interesting.

Otis, the genius
Elisha Graves Otis had a business of making bed frames. He was also very innovative. Keeping his eyes open for any opportunity to create things.  In his job he supplied beds and bed frames and his men had to deliver them to his clients.  Getting these beds from one floor to another was becoming extremely difficult. So Otis invented an elevator that would hoist these beds to different floors.

This elevator worked on the principle of pulley.  It was a bit complicated in the sense that the invention had a built-in safety device to prevent the platform from crashing down, if the pulley broke.  Now the elevator became such success that Otis and his sons started making elevators instead.  At the time the elevators were called, ‘safety hoisters’.  As a promotion of his invention, Otis himself gave a daring exhibition of the elevators at the New York Fair in 1854.

You might be asking ‘how did he do the promotion’? Well what he did was, he stood on a platform and got hoisted up to top of the highest building.  Now to prove the safety part, he asked his assistants to cut the rope of the pulley that was holding him up.  Now don’t panic like those people watching the exhibition did at the time.  Otis was ok, the safety device worked and the platform did not come crashingdown.  Thus the present day elevators were invented.

Even after the exhibition, some people were still comfortable. I don’t blame them for being scared.  I remember much later when in Hawaii, we had to use the elevator every time we wanted to go somewhere and I was scared to ride the elevator alone.

First users
Anyway, the first use of such elevators for humans was by hotel owners.  The first passenger elevator was installed in New York hotel in 1857. This elevator traveled up and down on a giant screw.  Although a lot of guests enjoyed the comforts of elevator, still more considered stairs to be safer.  By 1860, elevators were built in business buildings.  Before the elevators, buildings were not made higher than five floors.  Then with elevator option, buildings started to be raised as many as 12 stories.

Otis did not stop here.  He kept improving design of elevators.  Do you believe? One of his elevators installed during 1883 in New York is still running.  In 1884 he invented the first electric elevator. Otis demonstrated the electric elevator, which was his masterpiece in Paris in 1889. At a Paris Exhibition, he took crowds of people 984 feet up the Eiffel Tower. Of course in an elevator, what else?  After his death his sons patented more than 30 improvements to his invention ‘the elevator’. The brand name Otis is still one of the most famous ones for elevators. So next time, you ride an elevator don’t be surprised to see the name Otis. Now elevators are everywhere.  Even the new apartment buildings have them in Nepal.

Finally, elevators are not just for fun. Like the one in United World Trade Center, it also has made the life of some very special people easier.  They are the ones who cannot use the stairs and ones who travel in wheel chairs.  Now are we ready to thank Otis for his invention?  I know some people will indeed thank him from the bottom of their hearts.   I do. Now you need to teach your children to be thankful to him too.