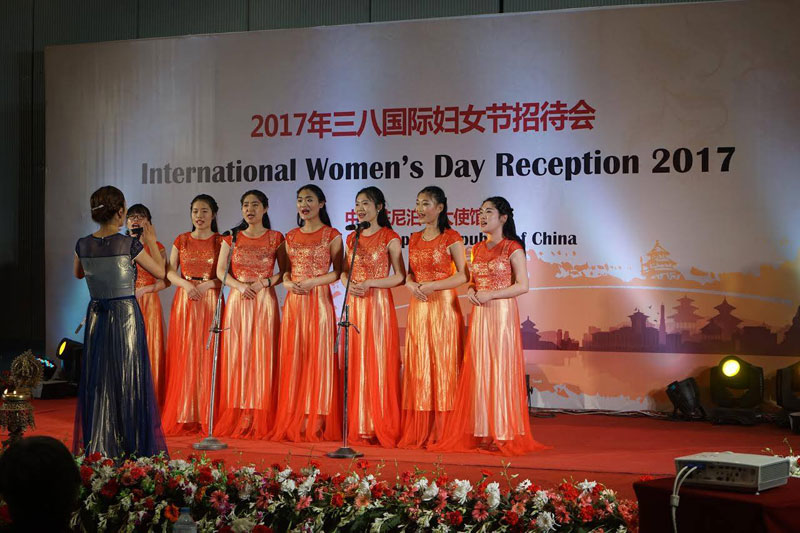 KATHMANDU, March 9: Chinese ambassador to Nepal, Yu Hong, on Thursday said that women of Nepal are making not only the country but entire world proud by their exemplary occupation in the parliament and three most important positions.

Citing that there are 29.8 percent women in the parliament while the head of state, Chief Justice and the speaker of the parliament are also women here, she said that the scenario commands attention and respect from the whole world.

“The government and women’s organizations of Nepal are committed to improving the status of women, enhancing their capacities in employment and development as well as taking care of and promoting their health. Chinese government attaches great importance to upholding women’s rights and interests,” she said while speaking at a function organized by Chinese embassy in the capital on the occasion of International Women’s Day.

Apart from the moving speech of the ambassador, cultural program that prioritized Nepali beats quite stole the show.

Speaker of the parliament Onsari Gharti Magar, other dignitaries, senior women and professionals were present at the two hour long program.

KATHMANDU, March 10: Chinese ambassador to Nepal, Yu Hong, on Thursday said that women of Nepal have made not only the... Read More...

One killed, three injured in wild boar attack
46 minutes ago