Woman sits for SEE exam an hour after delivery 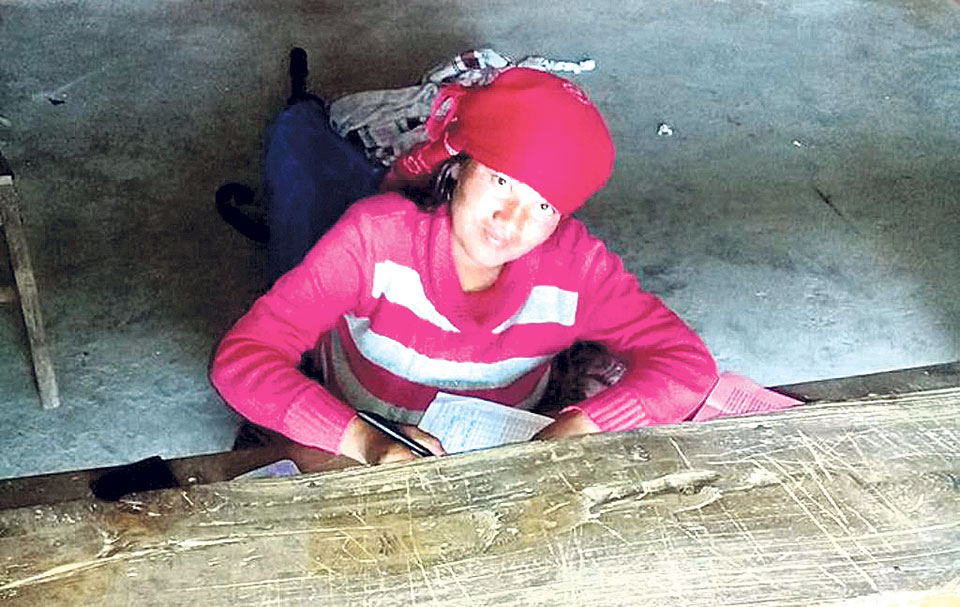 MYAGDI, March 29: Ignoring the extreme pain and stress of pregnancy, Phulmaya KC of Takam, Dhaulagiri Rural Municipality-6, has been was busy preparing for her Secondary Education Exam (SEE). So far, she has successfully appeared in the exams of four subjects. Doctors have told her to take rest but she has been studying day and night in order to do well in her exams.

After sudden labor pains on Tuesday morning, 21 years old Phulmaya was taken to a local health post where she gave birth to a daughter. Despite that, she reached the SEE exam center at Hem Secondary School (HSS) in Siwang on a stretcher and sat for her science exam.

According to her, she can't afford to miss the exams as it will determine her future.

"We managed a separate room for her in the school and she will be appearing in the exams of other subjects in the same way," said source person Giri Prasad Chhantyal. According to him, they couldn't stop her from sitting for the exams despite knowing that she had just delivered a baby after her repeated requests. He further said that she was given extra time to write her answers as she was unable to reach the exam center on time.

After being informed about Phulmaya, health coordinator of Dhaulagiri Rural Municipality suggested her to prioritize her health instead of her exams. Even her family members could not stop her from appearing in the exams. Her daughter was named 'Praveshika' in the exam hall.

Sher Bahadur KC, principal of HSS, said that the newborn's name was chosen after many recommendations. Phulmaya is a student of Takam Secondary School. HSS is the exam center for 223 SEE examinees. In Myagdi, altogether 2,339 students are sitting for SEE this year.

KATHMANDU, March 24: More than 400,000 candidates across the country are appearing in the Secondary Education Examination (SEE) that started... Read More...