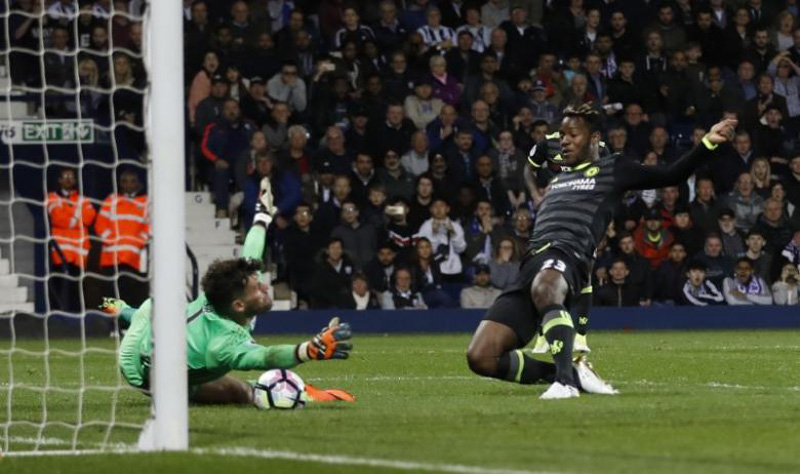 Belgium striker Michy Batshuayi is concerned that his lack of playing time at Chelsea could derail his hopes of playing at next year's World Cup finals.

The 23-year-old joined Chelsea in 2016 after a reported 33 million pounds move from Marseille, making 20 league appearances, 19 from the bench, and scoring five times including the goal that sealed the Premier League title at West Brom.

"Everyone knows that I have to play more, that I have to score goals. There's a World Cup coming up next year. I want to be ready," Batshuayi told reporters ahead of Belgium's World Cup qualifier against Estonia on Friday.

Batshuayi, who scored four goals in Chelsea's last three league games, did not rule out a loan deal but said that would be a decision for the club.

"I have lived difficult moments, but it's in times like those that you learn the most," Batshuayi added.

"Certainly when you're surrounded by top-class players, like Cesc Fabregas, Eden Hazard, all of them, you only can make progress in a situation like that.

"I haven't played a lot ... but I managed to score one of the most important goals. It gave me a boost. Good for me, good for the team."

Batshuayi's chances of getting more first team action were boosted after Chelsea team mate Diego Costa said on Wednesday there was no future for him at the club due to a bad relationship with manager Antonio Conte.

KOLKOTA, April 23: The International Cricket Council (ICC) will discus at its board meeting here about how to address the issue... Read More...