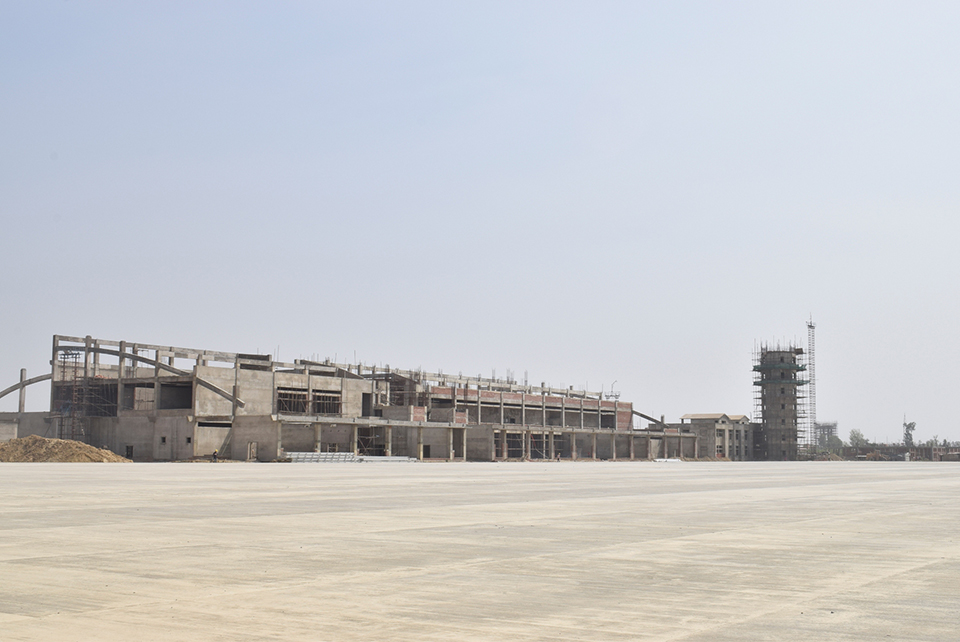 BHAIRAHAWA, May 23: Blacktopping of runway at the under-construction Gautam Buddha International Airport has been completed.

The blacktopping of 45-meter wide and 3,000-meter long runway is a major achievement in construction of the international airport, project officials told Republica.

Work on the international airport project located near Lumbini -- the birthplace of the Buddha -- started in 2015 with construction deadline of 2017. However, the project suffered delays, forcing Civil Aviation Authority of Nepal (CAAN) to extend construction deadline.

With construction of the runway, the existing runway of Gautam Buddha Airport will now be converted into a taxiway, Prabesh Adhikari, chief of the airport project, told Republica. "As blacktopping work has been completed, we will now start marking and lighting works. Then the runway will be ready for test flights," he added.

With blacktopping of the runway, the airport project has achieved 73 percent physical work progress. "Around 16 percent of electrical works and 11 percent of civil works are remaining now. They can be easily completed within the deadline," he added.

The new deadline is to complete construction of runway and the terminal building by the fiscal year end. "We are hopeful of operating flights from the airport within 2019 itself," he added.

According to Adhikari, construction of apron capable of accommodating six aircraft has already been completed. "Painting and finishing works in terminal building and administrative buildings are going on at present. Similarly, work on control tower is on the last leg while roofing work on departure terminal is undergoing," he added.

The airport can support take off and landing of Airbus 330, Boeing 777 and similar aircraft.

CAAN has handed over the contract for installing navigation and safety equipment to AeroThai of Thailand. The cost of the work is Rs 540 million. According to Adhikari, the Thai firm has already completed around 12 percent of works.

The project site, which spreads over 10,000 ropani, will have radar, hangars, depot of Nepal Oil Corporation, immigration area, and catering services, among others. The airport will have the capacity to serve 16,000 passengers in a day.