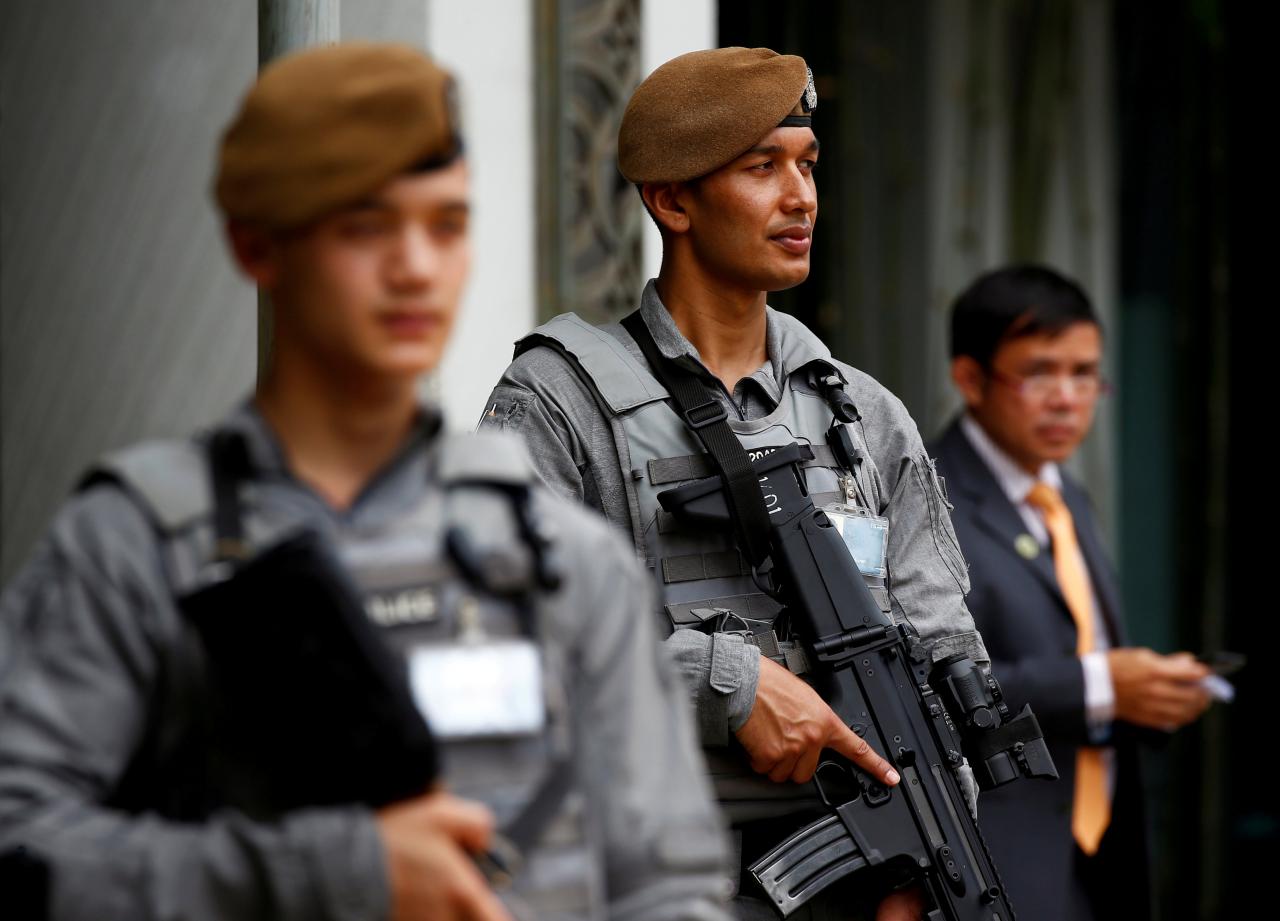 SINGAPORE, June 5: When U.S. President Donald Trump and North Korean leader Kim Jong Un meet for their historic summit in Singapore later this month, they will be protected by men from one of the fiercest warrior tribes in the world - the Gurkhas of Nepal.

While both leaders will bring their own personal security teams, elite Singaporean police, including its Gurkha Contingent, will be securing the summit venue, roads and hotels, according to diplomats familiar with VIP security in the island state.

The Gurkhas, who have a low-profile presence in Singapore, were more visible than usual at the weekend as they secured the Shangri-La Hotel for a security conference that included Indian Prime Minister Narendra Modi, U.S. Defence Secretary Jim Mattis and other regional ministers.

The Gurkhas, recruited by the Singapore police from the hills of faraway Nepal, were kitted out in body armor, Belgian-made FN SCAR combat assault rifles and pistols in leg holsters at the conference, in what some security experts believed was a dry run for the U.S.-North Korea summit.

Despite all the advanced weaponry, the Gurkhas do not prepare for battle without the khukri - the heavy curved knife that is their traditional weapon of choice. According to custom, the khukri must draw blood every time it is unsheathed.

“They are among the best Singapore can offer, and I am sure they will be involved (in the summit),” said Tim Huxley, an expert on Singapore’s armed forces at the International Institute for Strategic Studies (IISS).

“They remain very much a substantial and frontline force, and the demands of this kind of event are precisely the sort of special operation that the Gurkhas are trained to handle,” he said.

A spokesman for the Singapore police declined to comment on the deployment of the Gurkhas or their numbers.

A legacy in part of the British colonial era and more recent pragmatic Singaporean leadership, Singapore’s Gurkhas are linked to a British tradition that has recruited and paid for elite regiments of soldiers from Nepal for more than 200 years.

Beaten back by the Gurkhas in the 19th-century Anglo-Nepalese War and admired for their valor and fighting skills, the colonial British then began to recruit them. Now Gurkhas serve in the British, Indian and Nepalese armies, as well as in Brunei and Singapore.

They have fought in both world wars as well as the Falklands conflict and, more recently, in Afghanistan.

Huxley said the Gurkhas had long proven to be an asset to Singapore’s leadership, providing a neutral force within an ethnically diverse city-state, including VIP and anti-riot protection.

At times of regional tension, they have protected international schools, and are often seen at the Malaysia-Singapore border crossings.

The Singapore Police website describes the group as “tough, vigilant and steadfast” that operates “across the spectrum of paramilitary operations to help safeguard Singapore”.

They live with their families in the secure Mount Vernon Camp outside the city, an enclave that ordinary Singaporeans are not allowed to enter.

A woman married to a Gurkha who lived in the camp said life there was restricted.

“We have a curfew of 12 midnight,” she said. “For women, we can let them know if we have a genuine reason to stay out, for men, there is no excuse.

“One of the rules we have is that we have to be in bed by 10.30 p.m. every night. This means no music, no nothing. Even if we have a party, we need to stop. If not, there will be some form of enforcement by the people patrolling.”

Typically recruited at 18 or 19 before being trained in Singapore, the Gurkha soldiers retire at 45 when they are repatriated. While their children attend local schools, Gurkhas are not allowed to marry local women.

“Although they are police, the links between the contingent and the British Army remain deep and strong,” one British Army officer said. “They are part of a fine tradition.”

SINGAPORE, June 11: U.S. and North Korean officials were in talks in Singapore on Monday in a late bid to... Read More...