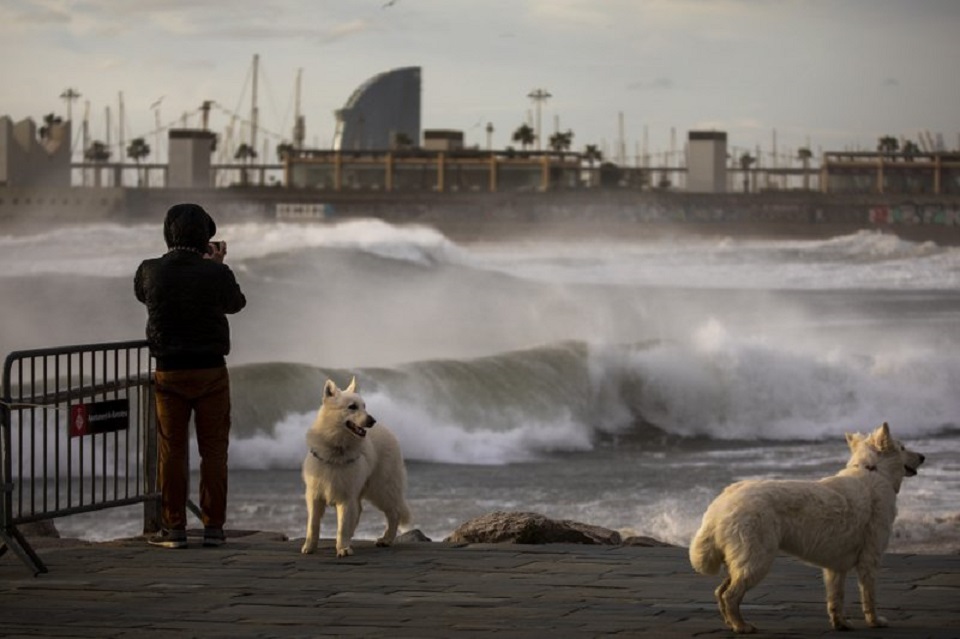 A man photographs the Mediterranean sea during strong winds in Barcelona, Spain, Monday, Jan. 20, 2020. Two people have died as storms carrying heavy snowfalls and gale-force winds lashed many parts of Spain on Monday. The storm has forced the closure of Alicante airport and some 30 roads in eastern region. Six provinces are on top alert. (AP Photo/Emilio Morenatti)

MADRID, Jan 21: A winter storm lashed much of Spain for a third day Tuesday, leaving 200,000 people without electricity, schools closed and roads blocked by snow as it killed four people.

Much of the northeastern province of Gerona was without electricity Tuesday because of a fault in the power connection with France, emergency services said on their Twitter account.

Many schools remained closed in the northeastern region of Catalonia as well as the Valencia region further south and the inland region of Aragon, Spanish media said.

Traffic authorities said dozens of roads remained impassable because of the snow, including the A7 highway between the northeastern town of Figueres and the French border.

The storm, which whipped up Sunday, has so far claimed lives of three men and one woman.

LONDON, April 26: Global deaths linked to the coronavirus passed 200,000 on Saturday, while confirmed cases of the virus are... Read More...