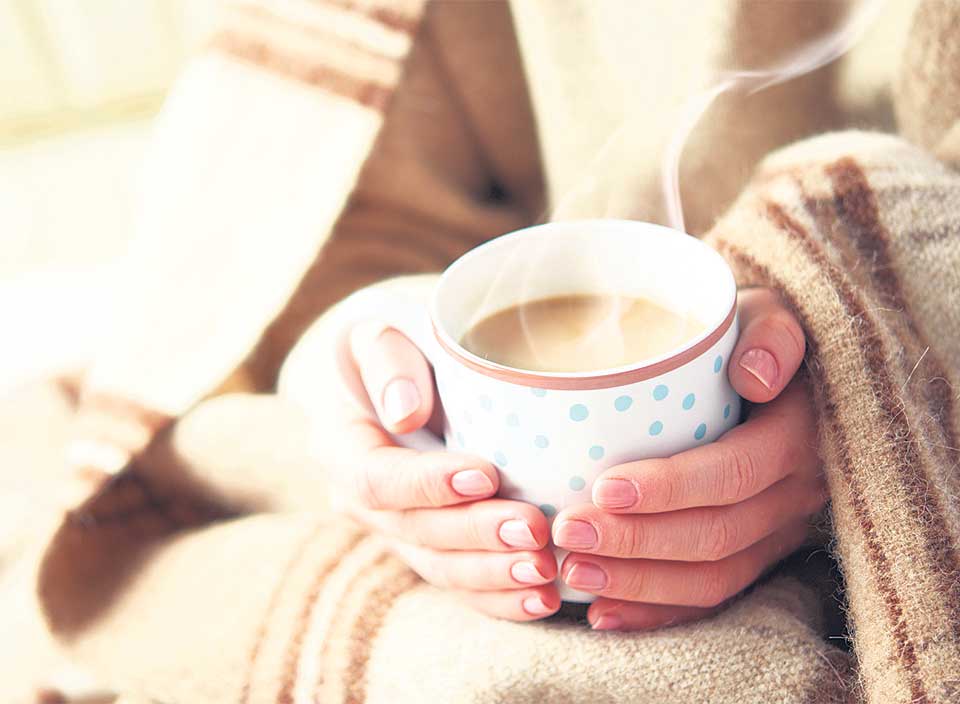 You could be forgiven for not being too enthusiastic about winter in Kathmandu. I mean, there’s nothing magical in the way of snowfall or lights – just bitter cold added to the ever-present pollution. It is also the season where a lot of folks are pushed to the end of their physiological tethers: think dry skin, irritating colds, heaving coughs, runny noses and all manner of winter ailments.

Just about every part of your body seems to be frozen over, only thawing out between the hours of eleven in the morning to around three in the evening – that is if you’re lucky to see any sunlight. All of this before we even get talking about our social lives which takes the biggest hit during these winter months. After all, who can really be bothered, even if you own a car, to go out in this cold to mingle around with your fellow snowmen and women?

Even if we do, we tend to become this sort of reverse vampire creature preferring only to stay out till the last of the daylight is gone. You know it’s late (and critical) when daylight fades away. Granted, it’s a lot worse in many other places, what with the freakishly cold snap of the last few weeks but, in the West and some other fortunate countries, all you do is flit from one centrally heated building to another. You only have to really brave the elements if you find yourselves outdoors. Here, in our unheated existence, the cold is all permeating and you’re cold even indoors. Basically, if you’re outside your quilt, you’re cold.

This all-encompassing cold brings its own set of challenges with it. It’s the routine aspects of life that become noticeably cumbersome. The cold necessitates dressing up in layers which means even simple acts like taking a leak requires you to negotiate half of your wardrobe before and after. Never has the phrase ‘the struggle is real’ been more appropriate. And don’t even get started on the trials of trying to take a shower. A common situation during winter is the annoying act of fine tuning the water temperature by balancing the hot and cold shower knobs – all done while freezing your bottom off. This particular task requires so much precision that it really should qualify as an Olympic sport. And the worst part is when you’ve finally hit that balance, chances are that you have run out of hot water.

Apart from tackling quotidian challenges, winter has, of late, also become annoying for the sheer amount of bad Game of Thrones jokes or Jon Snow puns it manages to throw up. But, by far, the funniest and entirely predictable thing about winter is the plethora of ‘obvious advice’ that seems to crop up from different sources: relatives to girlfriends to husbands, websites and even newspapers. You know the type – wrap up warm, drink lots of hot fluids, avoid cold foods etc etc. Like anybody would dare do otherwise in this weather!

But honestly, there’s a lot to like about winter apart from the fact that it coincides with two rounds of the wedding season here in Nepal. What about shorter office times? Hey, even if it’s not government standard ‘blink and you miss it’ office hours, a lot of organizations tend to give employees some leeway, official or otherwise, during these dark winter months.

It also helps us, erm… well-proportioned folk, look slender in our warm clothes. It’s perhaps the only time when the overtly conscious can breathe and let their stomachs out. Oh, the joys of winter – layers and layers of clothes many of which don’t need to be perfect. It’s great not having to iron office shirts anymore. In fact, we can just put on a knee length down jacket and wear a sack underneath and still be well dressed for office.

Women can be complete strangers with their razors and it won’t matter – for three months at least. But winter is a real blessing for the hygiene challenged among us – they can dispense with the shower altogether. I know quite a few (not proud of it) for whom the highlight of the week or month, depending on

their aversion to hygiene, is the periodical shower. You really couldn’t get away with this during summer. See? Clouds and silver linings people!

Nevertheless, a lot of people are relieved that Maghe Sankranti is here which signals the end of winter and the onset of warmer days. You often hear people saying ‘I’d rather deal with extreme heat than cold (and vice versa)’ and no doubt those folks will be looking forward to warmer days. To be honest, it will be more like blistering hot days – not really the down under in ‘Straya kind – but uncomfortable nonetheless. Oh well, that’s a set of complaints for another time (and season) altogether.

Traveling in the winter isn’t the easiest thing to do – you have to pack way more clothing than you... Read More...

The full moon folds the summers away Awaiting for the winters fall. Beneath the snowy woods, The crystalline frost ruptured.... Read More...

As the temperatures plummet, the internet starts to bristle with many tips, but few hints exist to encourage car longevity... Read More...

Smart lockdown to be enforced, int’l flights to resume
31 minutes ago