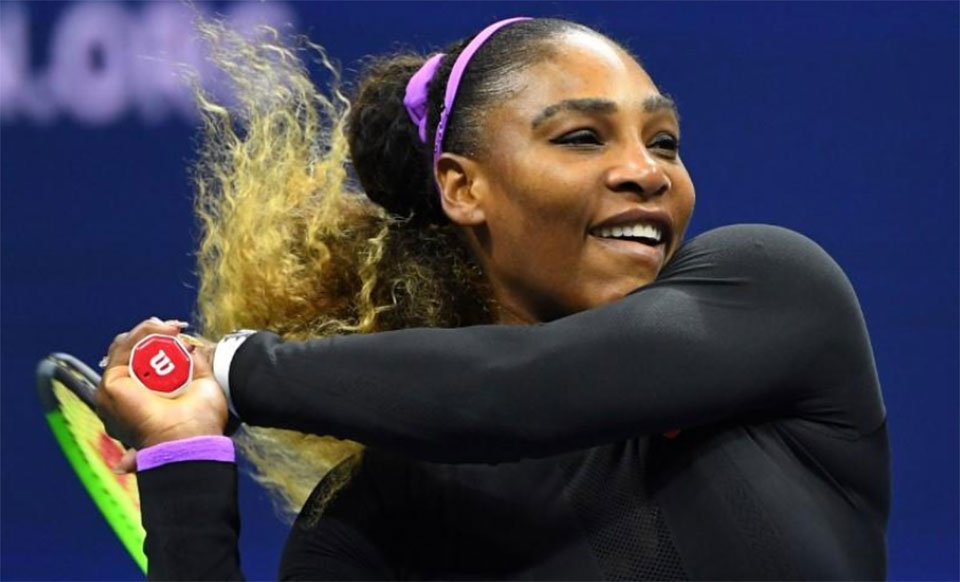 WELLINGTON, Jan 12: Serena Williams won her first title since the 2017 Australian Open with a 6-3 6-4 victory over fellow American Jessica Pegula at the Auckland Classic on Sunday.

The 38-year-old Williams now has the opportunity to sweep both titles at the Auckland Tennis Centre, having also advanced to the doubles final with good friend Caroline Wozniacki.

They will face the American duo of Asia Muhammad and Taylor Townsend later on Sunday.

The victory gave Williams her 73rd WTA title and broke a near three-year drought, despite having appeared in five finals since she clinched her 23rd Grand Slam crown with a win at the Australian Open in 2017.

She had struggled for consistency earlier in the week, but sent an ominous message to the field at this year’s Australian Open that starts on Jan. 20 when she demolished promising teenager Amanda Anisimova 6-1 6-1 in 45 minutes in their semi-final.

Pegula, who began the game with a heavily strapped left thigh, still put Williams under immense pressure at the outset and took a 2-0 lead.

She could have held a 3-0 advantage had the 38-year-old not fought off four break points to get on the board.

While Pegula held her next service game, Williams, who was becoming angrier and angrier with herself, found her range to reel off the next five games by winning the important points and seal the first set in 51 minutes.

Pegula managed to hold in the first game of the second set, but Williams then ran through the next three to give her the advantage. When she held serve to love in the sixth game the result was all but sealed.

Williams raced through the final game to love, sealing the title with a backhand winner down the line, and lifted her arms in prolonged celebration.

MELBOURNE, Jan 21: Serena Williams faced her first real test at this year’s Australian Open and emerged with a 6-1,... Read More...