Will war with Covid-19 make a better state? 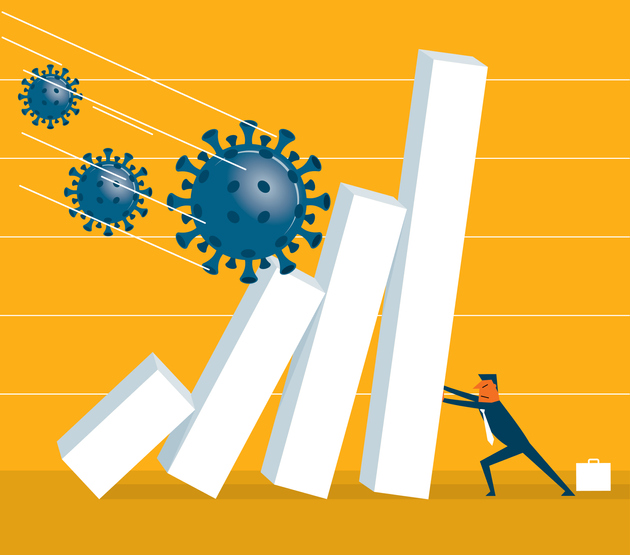 Nepal is already at war with the Covid-19 pandemic. Could this scenario be enough to propel us towards adopting a better and more efficient administrative regime?

The famous statement from Charles Tilly “war made the state, and the state made war”, although primarily based on observations from Europe, over time initiated reflections across continents, with many considering the theory’s applicability in ‘weak states’ in the third world.

While empirical evidence might suggest that there are a few other factors that the statement independently and Tilly’s work on the whole miss out on, the theoretical basis behind the argument, nonetheless remains both intuitive and sound. When at war, or under the threat of war, complacency in administration becomes a luxury that leaders of a state or a region cannot afford. This forces them to resort to the best plans promoted by the most competent of individuals—as opposed to resorting to the usually mediocre ideas proffered by the ones appointed on the basis of clientelism and patronage during peace time. While the end goal for the young countries in Europe was mainly strengthening the military, it would nonetheless require greater urgency and higher efficiency across all sectors of the economy.

Francis Fukuyama in Political Order and Political Decay points out that it is in the nature of human beings to resort to ‘kin selection’ and ‘reciprocal altruism’. The principle of kin selection rests on the idea that we behave in an altruistic manner towards kin in proportion to the genes we share, whereas ‘reciprocal altruism’ revolves around cooperation and reciprocation based on experience or favor. What this implies is that under normal circumstances and especially for a weak state, appointments of public officials on the grounds of ‘relationships’—encompassed by the terms ‘clientelism’ and ‘patronage’ although potentially detrimental to both democracy and efficiency—is an explainable behavior that stems from human nature. However, both war and threat of war stand out as exceptions. When a country is on the brink of being invaded, an inefficient administrative regime riddled with appointments not based on merit becomes incapable of defending itself. In response to that, leaders go against their natural tendencies to overlook relationships in search for competency.

Nepal has been through its share of wars but in terms of devastation, territorial annexations, imminent threat to sovereignty and recent direct involvement, it doesn’t draw relatable parallels to the countries in Europe. Nonetheless, there are certain elements in the current socio-political scenario that could be explained by, and could use, both Tilly’s and Fukuyama’s insights.

The more obvious one would be the clientelism and patronage that runs rampant in our fragile bureaucracy. Such is the general impression that every time a new political appointment is made, instead of focusing on the appointee’s plans and visions, the first few days are spent discussing their family chart and political affiliations. It is important to realize that clientelism and patronage are not exclusively Nepal’s problem per se. Instead they are features of a weak state trying to complete the process of democratization. But that said, should the problem persist, it might stop being just a ‘feature’ and could as easily become a precursor to the ruination of the political system in place.

Now, even though we did participate in both world wars, we were far away from the battleground, and our participation, although commendable, was limited and the threat to sovereignty was not imminent. Given the current nature of world politics and the evolution of international relationships, the chances of Nepal going to war with another country, despite what You Tube might have people believe, is very slim.

Mind you this does not apply to civil war or other domestic insurgencies which can happen anytime should inequalities persist. So what will be our impetus to strengthen our administrative regime—like the threat of war was to state building in Europe? Is war absolutely necessary for us to overcome bureaucratic inefficiencies? Or can the mentality of being in a war suffice?

Nepal might not be heading to a physical battleground any time soon but in some sense, we are already at war.  We are at war with, what many call ‘an invisible foe’—the Covid-19 pandemic. Could this scenario be enough to propel us towards adopting a better and more efficient administrative regime?

Some signs would suggest so. In terms of digital adoption, this pandemic has sped up and streamlined administrative processes, both in private and public sector which otherwise would have been burdened with red tapes.

We have seen retail, banking and a few government sectors enable innovations that no longer require consumers to expend time on unnecessary travel and physical interaction. Not only do these changes improve administrative efficiency and transparency, they also make life more convenient for people. When a country is riddled with corruption, digital frameworks provide an alternative to getting caught up in the unscrupulous tendencies of human personnel.

Now this isn’t to say that the push towards e-governance or digitization brought about by the threat of this invisible foe will automatically usher us towards prosperity. But it is certainly one of the areas that can help us make a positive leap and this has come into focus because of our response to the pandemic. The threat of Covid-19 has made people resort to alternatives that already existed but had been avoided for so long. Under normal circumstances, the fatalistic and Bollywood-esque mentality of Nepali leaders would suggest that society ought to continue with the way things are on account that not all members of the population at present, who they allegedly represent, can reap the benefits of new innovations. And as a result, anything new is sidelined or discouraged.

This fundamentally goes against the notion of progress which requires overreaching. Development is perpetually accompanied by a “work in progress” tag and as such the benefits that the process accrues is only realized over time and does not necessarily encompass the entire population from the get go.

The current pandemic is far from over and the ‘war’ wages on every day. As the invisible foe continues with its onslaught, more efficiency and competency is demanded from our leaders, administrators and the general public. If there ever was an opportune time to showcase what people interpret/misinterpret as ‘nationalism’ or ‘patriotism’, that would be now.

In an interview put out by Dishanirdesh Plus, political thinker and parliamentarian Pradip Giri stressed on the need to define/redefine the term ‘nationalism’ for the coming generation and he echoed the late B.P Koirala’s sentiment when he suggested that the term was meant to represent the people.

Our push towards digital adoption is just one way with which our response to the pandemic can help us with our long-term growth and with the improvement in administrative efficiency. Perhaps if our leaders are ready to rise up to the challenge, this is the ‘war’ that can propel us towards solidifying the state that the citizens were promised a long time ago.