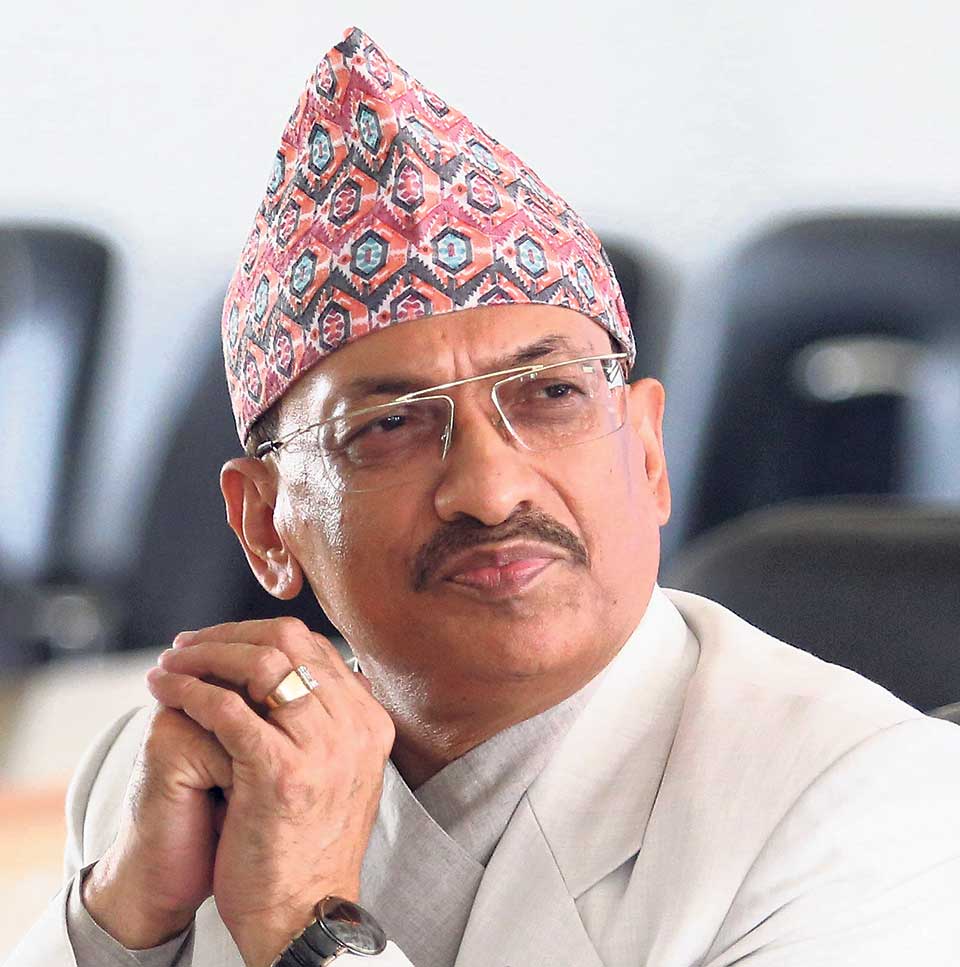 KATHMANDU, Sept 21: As the Parliamentary Hearings Committee endorsed member of the Commission for Investigation of Abuse of Authority (CIAA) Nabin Ghimire as chief of the anti-graft body on Thursday, he is being keenly watched to see if he will measure up to the task of tackling the high-profile corruption cases that have been pending for years.

Ghimire is the second individual to take charge at the CIAA after Lokman Singh Karki was ousted from there two years ago.

Karki, who was appointed CIAA chief without having to go through parliamentary hearings, subsequently courted huge controversy for abusing his authority, and left office before the completion of his term .

CIAA Commissioner Deep Basnyat, who was promoted chief commissioner following Karki's disqualification by the Supreme Court, retired without leaving any notable impression. Apart from hauling in members of the controversial tax settlement commission, Basnyat failed to get tough over the scores of high-profile political scams pending at his desk.

With the parliamentary committee unanimously endorsing Ghimire as new chief commissioner at the CIAA, he is being keenly watched to see if he'll be able to expedite the pending cases, mainly those involving top officials including political leaders. His appointment is taking place at a time when there is a backlog of big cases in which political bigwigs are implicated. Many see this as a huge challenge before the new man.

For example, the anti-graft body has been dilly-dallying in investigations into the Nepal Oil Corporation land purchase scam. Then oil corporation chief Gopal Khadka was sacked on the charge of gobbling up millions while purchasing land for expanding fuel storage facilities in different parts of the country.

The multi-billion rupee Sikta irrigation scam is likewise pending at the anti-graft body since months. Despite reports of sub-standard construction materials having been used in the ambitious project on which Rs.14 billion has already been spent , the CIAA probe into the matter is getting nowhere .

Fingers are being pointed at the leaders of major political parties and at contractor-turned politician Bikram Pandey's Kalika Construction Company, but the CIAA has only just started quizzing some government officials.

A multi-billion rupee aircraft purchase deal has also landed in controversy. A complaint has been registered demanding a CIAA probe into the financing for the procurement of two wide-body aircraft from Airbus Industrie.

Hundreds of corruption complaints have been filed against politicians, top bureaucrats and security officials on charges of accumulating unexplained wealth. These are yet to be looked into.

Many working for good governance in the country are watching to see whether Ghimire will expedite investigations into the Maoist cantonment funds scam, the corruption at All Nepal Football Association (ANFA), and other such matters.

More than three years have elapsed since world football body FIFA suspended then ANFA president Ganesh Thapa on a charge of corruption. The CIAA, however, hasn't reopened the file .

“Going by his past work, he's not a risk-taker. I think he will not dare to go into the high-profile cases,” said former CIAA chief Suryanath Upadhyay.

Expanding the jurisdiction of the anti-graft body is also a major challenge for the new CIAA chief. Miffed over the working style of then chief Karki, the political parties have curtailed the powers of the anti-graft body, which has been struggling to bring the judiciary, the army, political parties and I/NGOs within its ambit as per a commitment made by the government under the United Nations Convention Against Corruption.

Colleagues of Ghimire, a former home secretary, know him as being risk-averse and believe he will not cause any harm to the organization even if he fails to do anything spectacular.

Some say Ghimire had some leftist inclinations during his time in the bureaucracy and he may now soft-pedal investigations against leftist leaders. Supporters, however, see him as law-abiding and he will not let violators go scot-free.

KATHMANDU, Sept 20: Nabin Ghimire’s name has been endorsed as the Chief Commissioner of the Commission for the Investigation of... Read More...

KATHMANDU, Sept 20: A parliamentary hearing for newly recommended Chief Commissioner of the Commission for the Investigation of Abuse of Authority (CIAA)... Read More...