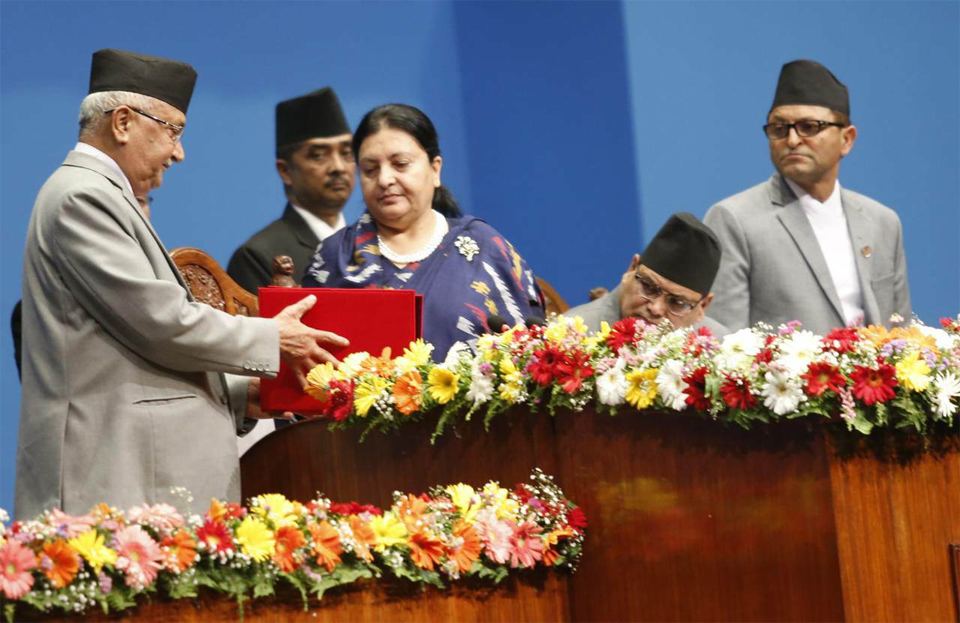 KATHMANDU, May 21: The government has expressed commitment to make the country prosperous and developed nation within a decade.

Presenting the government policies and programs of the Fiscal Year 2018-2019 at the parliament, President Bidya Devi Bhandari expressed the commitment of the government to make the prosperous and developed nation.

The nation of Gautam Buddha and Sagarmatha will be identified as a developed nation at the international level, reads policies and programs.

The government will increase the economic income rate in double-digit within five years, mentioned in the speech.

The cement industry will be promoted as to export-oriented industry and the national production will make a competitive industry. The syndicate and cartel of every sector will be removed from the nation.

President Bhandari on Monday presented the policies and programs for an upcoming fiscal year at a joint session of Federal Parliament and National Assembly for the first time after the promulgation of the constitution.