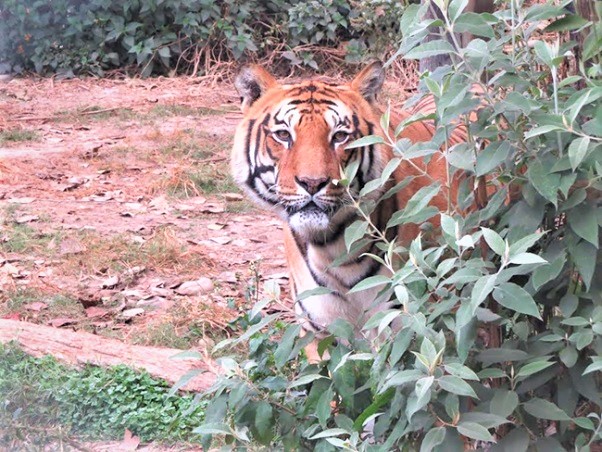 RANJHA, March 24: Wild animals inside the Banke National Park are frequently killed in road accidents as they have to cross the East-West highway to reach the Rapti river due to the lack of adequate sources of water inside the park area.

The animals are struck by speeding vehicles when they cross the highway to get to the river for drinking. As a result, the number of wild animals killed in road fatalities on the highway section inside the park is increasing. The highway stretches 75 kilometres inside the park.

Seventy-two wild animals were killed in road accidents inside the park last year while 36 animals have been killed in similar circumstances so far this year, Park information officer Bishnu Prasad Thapaliya said.

According to him, the frequency of wild animal road accident fatality inside the park has increased over the last some 15 days with the onset of the dry summer season.

Park officials say that the water sources inside the park area start to dry up during this time and the animals tend to move towards the downstream or the river for water. They are at high risk of accidents as they have to cross the highway to get to the river.

The statistics provided by the Park officials shows that most number of accidents take place on the highway section from Obhari to Agaiya of Rapti Sonari rural municipality.

Thapaliya said vehicles are checked only at two places of the park, which is not sufficient.

According to him, the Park is mulling implementing the 'time card' system for vehicles and increasing the number of check posts. It is also planning to install CCTV cameras at several paces along the highway in the park.

The Banke National Park was set up nine years back with the main objective of conserving the endangered Royal Bengal Tiger.

Wildlife conservation experts say that the tiger's prey like the spotted deer, swamp deer and other herbivores are facing crisis due to the drying up of grass and vegetation for lack of adequate water sources.

It is said 60 such ponds are being constructed this year with the collaboration of Park and the buffer zone communities.

According to Sharma, the national park is a dry area and there is water shortage in especially during February, March, April and May as most of the water sources dry up. "Moreover, the park lies in the Chure Bhawar area, a dry zone; hence the acute shortage of water for the wild animals," he explained. The park is spread on an area of 550 square kilometers. RSS

BIRGUNJ, April 28: The number of wild animals facing unnatural deaths from being struck by speedy vehicles on the Pathlaiya-Amlekggunj... Read More...

In the Tarai Arc Landscape of Nepal, wildlife biologists, researchers and field staff from the Government of Nepal, World Wildlife... Read More...

There is no point in asking for resignation of Working Committee: CAN President Chand
3 hours ago