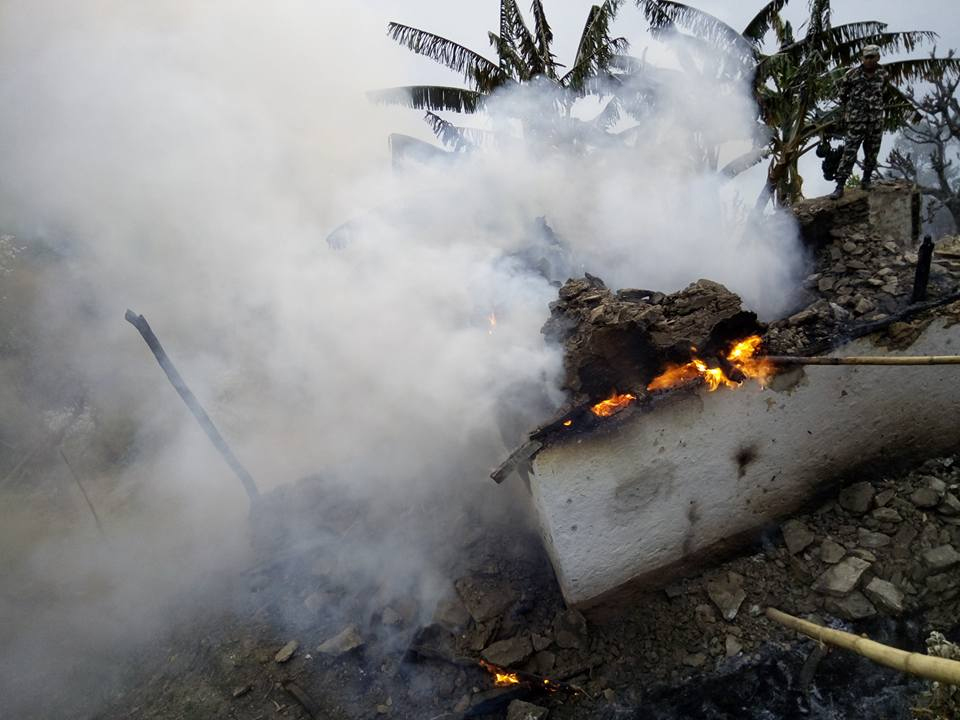 PANCHTHAR, April 11: Property worth millions of rupees was reduced to ashes as the fire gutted eight houses and four sheds in Hilihang Rural Municipality-7 in the district.

The fire fueled by the spring gale that broke out in Sirubari jungle spread to the human settlement and destroyed the houses and sheds on Monday.

Clothes, food grains and cowsheds were destroyed as the houses of Indra Bahadur Pangdhak and Madan Chapagain caught fire.

This is not the first time the fire has hit the village. Almost every year, the fire spreads to the human settlement from a nearby jungle and destroys property of the locals, especially during the dry season.

KOHALPUR, June 28: A total of 13 thatch roofed houses and some huts were destroyed with fire at Kalaphanta in... Read More...

Is the ruling alliance pulling an ‘election stunt’ in Nijgadh?
23 minutes ago