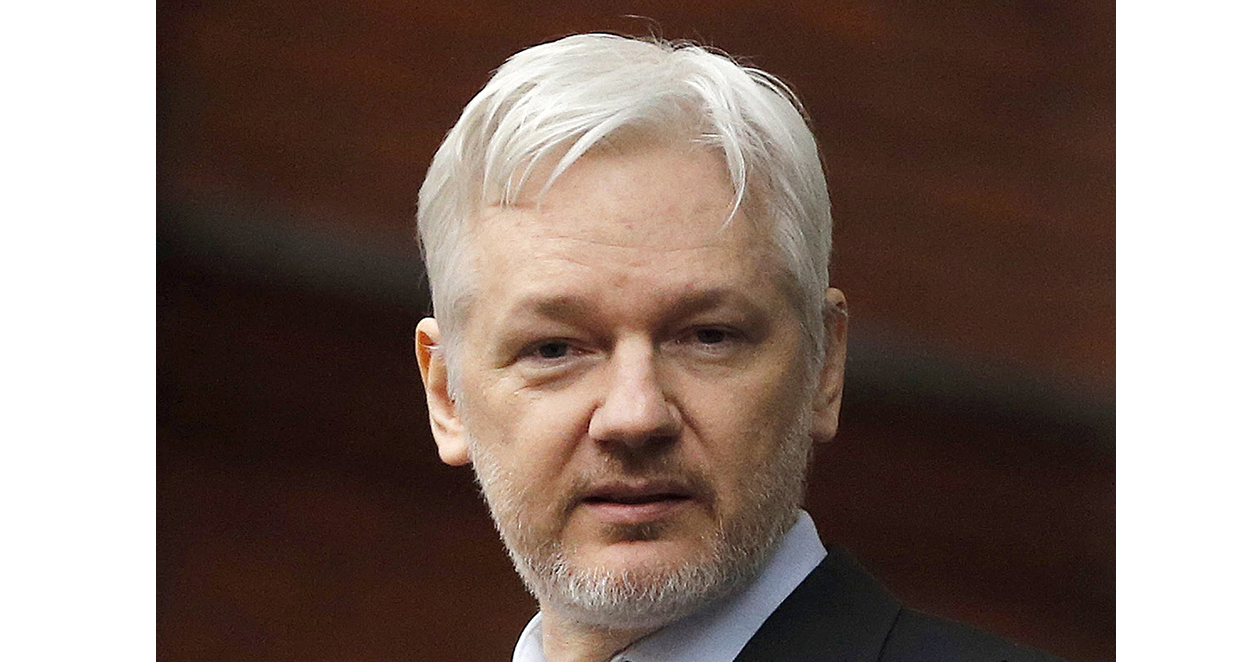 LONDON, April 11: Police in London arrested WikiLeaks founder Julian Assange at the Ecuadorean embassy Thursday for failing to surrender to the court in 2012, shortly after the South American nation revoked his asylum.

Assange took refuge in the embassy in London in 2012 and has been holed up inside ever since.

“Today I announce that the discourteous and aggressive behavior of Mr. Julian Assange, the hostile and threatening declarations of its allied organization, against Ecuador, and especially the transgression of international treaties, have led the situation to a point where the asylum of Mr. Assange is unsustainable and no longer viable,” Moreno said in a video statement released on Twitter.

Police said Assange has been taken into “custody at a central London police station where he will remain, before being presented before Westminster Magistrates’ Court as soon as is possible.”

Video posted online by Ruptly, the agency wing of Russia Today, showed about five to six men in suits forcibly escorting Assange out of the embassy building, surrounding him as he staggered down the steps and boarded a police van.

Police said officers were invited into the embassy by the ambassador following the Ecuador government’s withdrawal of Assange’s asylum.

Assange had not come out of the embassy for years because he feared arrest and extradition to the United States for publishing thousands of classified military and diplomatic cables through WikiLeaks.

British Foreign Secretary Jeremy Hunt thanked Moreno for breaking the impasse, saying on Twitter that Assange “is no hero and no one is above the law.”

His arrest came a day after WikiLeaks accused Ecuador’s government of an “extensive spying operation” against Assange.

WikiLeaks claims meetings with lawyers and a doctor inside the embassy over the past year were secretly filmed.