Why this pandemic is different 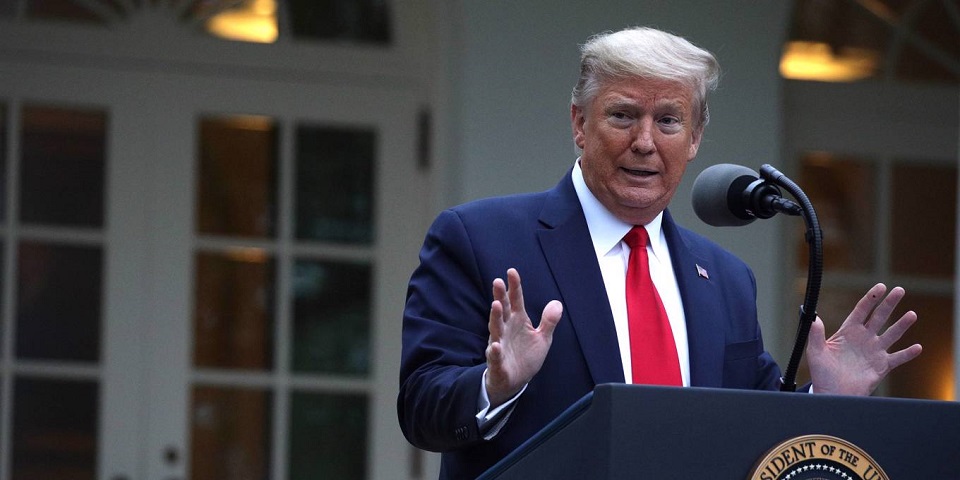 The pandemic has highlighted the urgent need for a new balance between the nation-state and supranational institutions. Barring that, the devastation wrought by COVID-19 will only increase.

TEL AVIV – Long before people and goods were traversing the globe non-stop, pandemics were already an inescapable feature of human civilization. And the tragedy they bring has tended to have a silver lining: perceived as mysterious, meta-historical events, large-scale disease outbreaks have often shattered old beliefs and approaches, heralding major shifts in the conduct of human affairs. But the COVID-19 pandemic may break this pattern.

In many ways, the current pandemic looks a lot like its predecessors. For starters, predictable or not, disease outbreaks have always caught the authorities off guard—and the authorities have often failed to respond quickly and decisively.

Albert Camus depicted this tendency in his novel The Plague, and China’s government embodied it when it initially suppressed information about the novel coronavirus. US President Donald Trump did the same when he minimized the threat, comparing COVID-19 as recently as last month to seasonal flu. As an official in Camus’ novel said, the plague is nothing but “a special type of fever.” Leaders’ lack of foresight has often left people with only one real defense from disease outbreaks: social distancing. As Daniel Defoe noted in A Journal of the Plague Year, his book about the bubonic plague outbreak in London in 1665, the municipal government banned events and gatherings, closed schools, and enforced quarantines.

Nearly two millennia before London’s Great Plague, during the epidemic that killed at least one-third of Athenians near the end of the Peloponnesian War, the Greek historian Thucydides observed that if people made contact with the sick, “they lost their lives.” As a result, many “died alone,” and funeral customs were “thrown into confusion.” And, owing to the high death toll, the dead were often “buried in any way possible.”

During the COVID-19 crisis, lockdowns and other social-distancing protocols have similarly prevented people from visiting their dying loved ones and upended funeral traditions. In China, families are reportedly encouraged to bury their dead quickly and quietly. Satellite images show mass graves being dug in Iran. New York City officials have also ramped up mass burials, intended for those who have no next of kin or families who can afford a funeral. Some cemeteries in London have run out of graves.

Another parallel between the current pandemic and its predecessors is the tendency to embrace experimental palliatives. During the pandemic of the so-called Spanish flu a century ago, scientists blamed bacterial infections and designed treatments accordingly. We know now that influenza is caused by a virus; no bacterial vaccines could protect against it.

Of course, researchers working on COVID-19 have a much more advanced understanding of disease. But, as we await a bespoke cure or vaccine, existing antivirals—such as those long used for malaria—are being tested, with mixed results. The use of one such drug, chloroquine, has raised concerns after patients receiving it showed signs of heart-related complications.

And then there are the bogus cures that invariably emerge—“infallible preventive pills,” as Defoe called them. Today, charlatans—aided by social media—have made similarly false and dangerous claims, suggesting that anything from snorting cocaine to drinking bleach can protect against COVID-19. Trump himself has touted hydroxychloroquine as a potential “game-changer,” despite the lack of testing – prompting one couple to attempt to self-medicate. The husband died; his wife barely survived.

The economic disruption caused by COVID-19 also has plenty of precedents. The second-century Antonine Plague caused one of the most severe economic crises in the history of the Roman Empire. The Plague of Justinian—which initially erupted in 541-542 and recurred intermittently for two centuries—did the same to the Byzantine Empire.

Epidemics not only ravage economies but also throw societal inequalities into sharp relief, deepening mistrust in the status quo. The disease may not discriminate between rich and poor, but their living conditions always make the poor and marginalized more vulnerable. Machiavelli, who witnessed—and probably died in—the plague in Florence in 1527, viewed the outbreak as the direct result of misrule. Criticisms of China, Trump, British Prime Minister Boris Johnson, and others have echoed this sentiment.

Others view epidemics through the lens of conspiracy theories. Marcus Aurelius blamed the Christians for the Antonine Plague. In Christian Europe, the fourteenth-century Black Death was blamed on the Jews.

Imagined culprits behind the COVID-19 crisis include radiation from 5G technology, the US military, the Chinese military, and—no surprise—Jews. Iran’s state-controlled media has warned people not to use any vaccine developed by Israeli scientists. Publications in Turkey and Palestine have defined COVID-19 as an Israeli biological weapon. White supremacists in Austria, Switzerland, and the US have blamed the Jewish financier and philanthropist George Soros, who they believe hopes to thin out the world population and cash in on a vaccine.

Despite these similarities, the COVID-19 pandemic is likely to stand out in a crucial way: it is unlikely to upend the established order. The Antonine and Justinian Plagues encouraged the spread of Christianity throughout Europe. The Black Death drove people toward a less religious, more humanistic view of the world—a shift that would lead to the Renaissance. The Spanish flu prompted uprisings, massive labor strikes, and anti-imperialist protests; in India, where millions died, it helped to galvanize the independence movement.

The current pandemic, by contrast, is more likely to reinforce three preexisting—and highly destructive— trends: deglobalization, unilateralism, and authoritarian surveillance capitalism. Almost immediately, calls for reducing dependence on global value chains—already gaining traction before the crisis—began to intensify. Efforts by the European Union to devise a common strategy have again exposed the bloc’s old divisions. Trump has now decided to suspend US funding allocated to the World Health Organization.

And, under the cover of the fight for life, authorities beyond just China or Russia are trampling on liberties and invading personal privacy. Two world wars have shown that a global order organized around egocentric nationalism is incompatible with peace and security. The pandemic has highlighted the urgent need for a new balance between the nation-state and supranational institutions. Barring that, the devastation wrought by COVID-19 will only increase.

Shlomo Ben-Ami, a former Israeli foreign minister, is Vice President of the Toledo International Center for Peace. He is the author of “Scars of War, Wounds of Peace: The Israeli-Arab Tragedy” Copyright: Project Syndicate, 2020.
www.project-syndicate.org

KATHMANDU, July 24: An aircraft of the Nepal Airlines Corporation (NAC) is scheduled to fly to Beijing, China on Sunday... Read More...

Opinion: What will the world be like after coronavirus? Four possible futures

Where will we be in six months, a year, ten years from now? I lie awake at night wondering what... Read More...

Why we fear and how we can overcome it?

KATHMANDU, March 25: With the second case of novel coronavirus detected in Nepal, the ordinary public is grappling with fear... Read More...

Youth attacked with Khukuri outside High Court
17 hours ago

Taliban hang body in public; signal return to past tactics
19 hours ago

Acharya announces his candidacy for NRNA presidency
14 hours ago

Dead body found at ward office in Golfutar
19 hours ago

One dies, another goes missing in Bagmati River
3 minutes ago

Make arrangements for students who returned from China due to COVID-19 to go back: Parliamentary committee
14 minutes ago